By Mike Baltierra on November 20, 2017@baltierraphoto 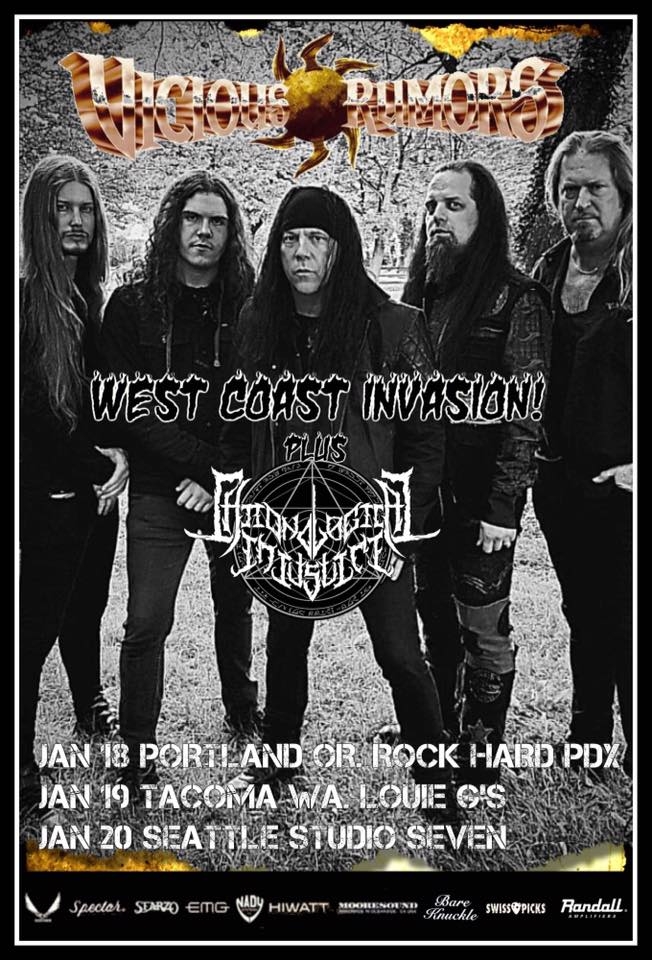 San Francisco based power metal band Vicious Rumors will be coming the Pacific Northwest during their West Coast Invasion tour. Formed in 1979 by guitarist / vocalist Geoff Thorpe, the band has been actively recording and touring worldwide since their debut album, which was released in 1985. Along with Thorpe, the band is made up of Larry Howe (drums), Brian Allen (lead vocals), Tilen Hudrap (bass) and Gunnar DuGrey (guitar).

The Vicious Rumors’ latest release, Concussion Protocol, was released in 2016. The band had a highly successful string of shows in the summer, most notably at the Bang Your Head Festival in Germany. The band is set to start pre-production on a new album by the end of the year.

In direct support will be Portland, OR based Chronological Injustice, who are a death metal band that excel with eight string extended range crunchiness. The band consists of James Sumner (vocals), Cody Green (guitar), Alex McDonald (drums), Gabe Wright (bass) and Gunnar DuGrey (lead guitar). The band released A Collection of Atrocities in 2016 and just recently released the video single for the song “Pendulum.”

Yes, you read that right – DuGrey is in a full-fledged member of both Vicious Rumors and Chronological Injustice and will be pulling double duty on this tour.

Tickets for the Studio Seven show can be purchased here.