The Miracle Of Third Eye Blind 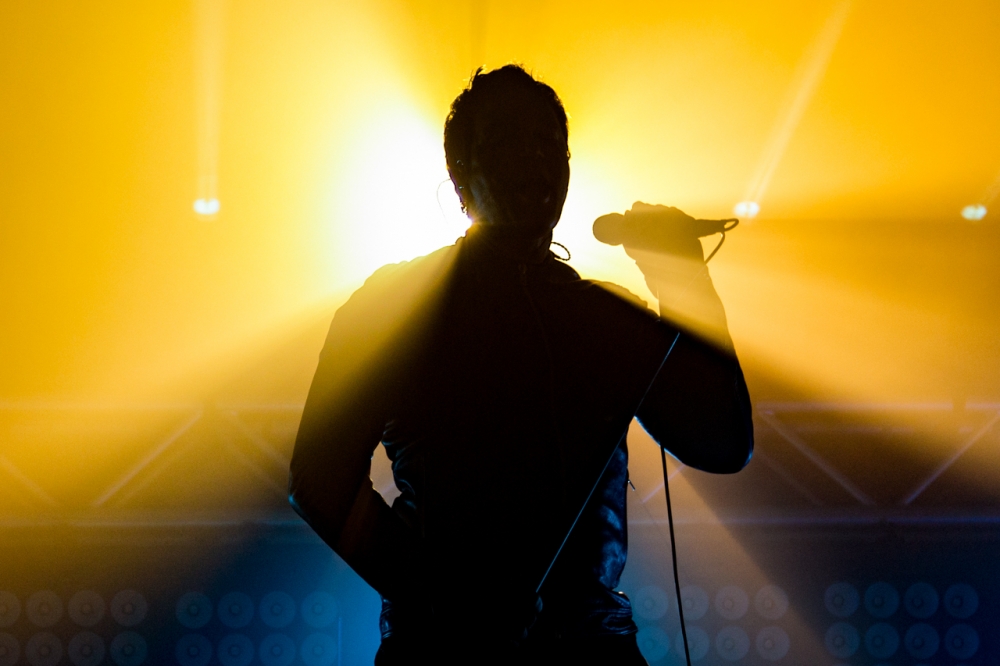 Everyone’s got an opinion on Third Eye Blind. Some people only know the top ten hits off their self-titled debut, like “Semi-Charmed Life,” “Jumper,” and “How’s It Going To Be.” Others dedicate themselves to the depths of the classic guitar-rock band’s catalog, which spans five solid albums over the course of their career.

But what’s inarguable is the band’s dedication to their sound, their fans, and the feeling, all of which was on full display as they rounded out the last week of their 20-year anniversary, the “Fall of the Summer Gods” tour, with a Seattle stop at the Showbox SoDo that brought everyone together for a somewhat miraculous evening.

There were no openers for this tour, which meant that from the get go, 3EB was everything, and they started their set off on a high note with “Losing A Whole Year” off their debut. Silhouetted against the heavy fog and strobe lights, lead singer Stephan Jenkins didn’t approach the front of the stage until the third track, “Narcolepsy.”

Unlike their summer tour, which focused wholly on their debut album, this round alternated those memorable tracks with other hits from their extensive oeuvre. Partway through “Semi-Charmed Life,” Jenkins insisted that after this week the band was going to, “hibernate and make another record,” before asking the crowd to turn to someone they don’t know and say, “hey, glad you’re here.” And the crowd listened, shaking hands with each other and passing hugs around the room. “These are all friends,” Jenkins said, “Let’s all have a moment with everybody singing with me, all of us together as one,” and they finished off the song strong.

Shortly before they hit Seattle, guitarist Kryz Reid had suffered an injury in an icy parking lot, and Jenkins mentioned that they assumed they weren’t going to make it and have to cancel shows. But their guitar tech was able to step in and did an admirable job with the work. “To play in this band,” Jenkins said, “you kind of have to be the shit.” And he gave his usual spiel about the band not using backing tracks, but being instead, a “real guitar rock band.”

An acoustic portion of the evening brought “Slow Motion,” “How’s It Going To Be,” and “Why Can’t You Be,” requested by a crowd member. Jenkins took a moment to explain that the song was written about an argument with an ex who delivered the news that their “first love was a multiple speed adjustable shower head,” which got a great laugh out of the audience.

They closed out strong with the trio of “Motorcycle Drive By,” “Crystal Baller,” and “Jumper,” with the fans singing along the whole way through, proving once again that while people might judge Third Eye Blind on the surface, there’s a whole lot of goodness if you’re up for digging in.