Billy Joel’s one off at MODA 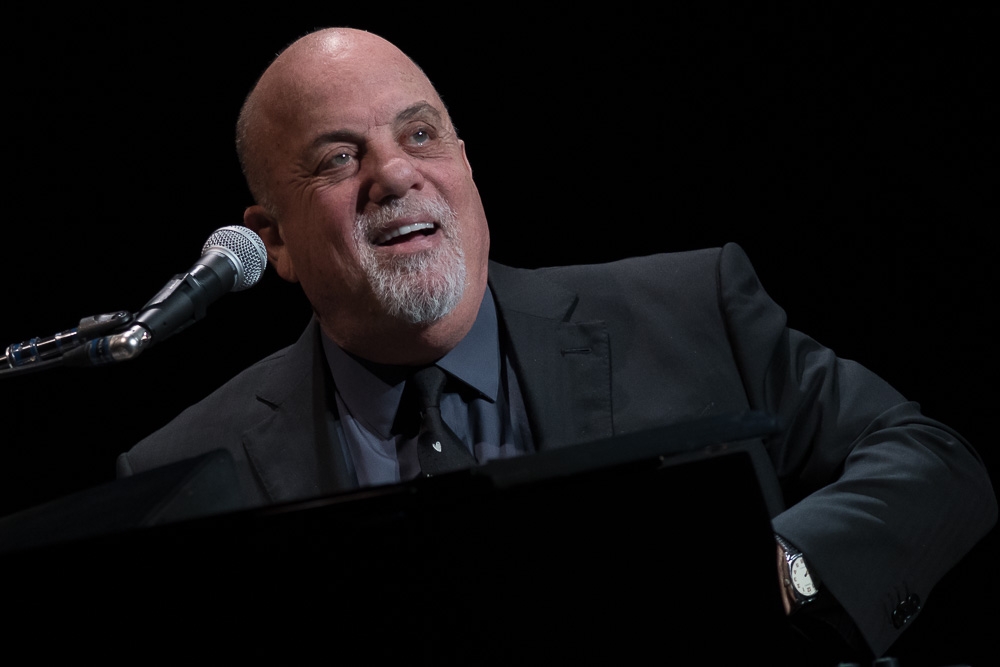 Billy Joel performed for the first time in seven years in Portland, when he was last their with Elton John on their Face 2 Face tour. It’s been 10 years since Joel has performed with only his band in Portland. On Friday, Live Nation and the MODA Center welcomed Billy Joel back for a sold out evening performance with his band and a solid 2.5 hour performance playing from his catalog of which many consider his greatest hits.

Shortly after 8:20 Billy Joel and his band took the stage to an ecstatic full house. Opening with “Miami 2017 (Seen the Lights Go Out on Broadway)” from his album Turnstiles, Joel had the crowd standing from the start. The venue was configured with 360 seating with Joel being able to rotate his piano any direction.

Another highlight of the night was the crowd’s choice of playing “NY State of Mind.” Throughout his performance Joel and his band gave the audience a choice of what songs to play. Being able to switch from a Rock and Roll feel to a more intimate setting feel depending on his songs helped complement each song performed. Clearly having fun on stage, at one point Joel called out his agent who was in attendance, saying “We should play Portland more often!”

The evening was clearly a special performance for the city. Prior to the event Amanda Mann, Vice President and General Manager of Rose Quarter Operations said “We know his fans have been anxiously awaiting his return since he last electrified the crowd in Portland 10 years ago. Experiencing Billy Joel LIVE in concert at the Northwest’s premier entertainment venue will surely be a thrill for our city, state and indeed the entire region.”

Joel is currently selling the 51st Show of his Madison Square Garden residency and not currently on tour, so having him play Portland was a treat. From the staging, lights and sound, everything looked and sounded wonderful, clearly due to the years of experience of his crew. Billy Joel’s last Pacific Northwest Performance was last year at Seattle’s Safeco Field. While it may be some time before we see Billy Joel perform in the area again, when he does it is highly recommended you catch him.

Set List
Miami 2017 (Seen The Lights Go Out On Broadway)
Pressure
A Matter of Trust
She’s Got a Way
Everybody Loves You Now
The Entertainer
Vienna
Zanzibar
The Downeaster Alexa
Stop in Nevada
Allentown
New York State of Mind
For the Longest Time
Purple Haze
Movin’ Out
My Life
She’s Always A Woman
The River of Dreams
Take It Easy
(Eagles cover)
The River of Dreams
Nessun
Scenes From an Italian Restaurant
Piano Man
Encore:
We Didn’t Start the Fire
Uptown Girl
It’s Still Rock and Roll to Me
Big Shot
You May Be Right

Matthew Lamb is a Commercial and Music Photographer based in Seattle, WA.