By Christine Mitchell on December 11, 2017@Housetornado37 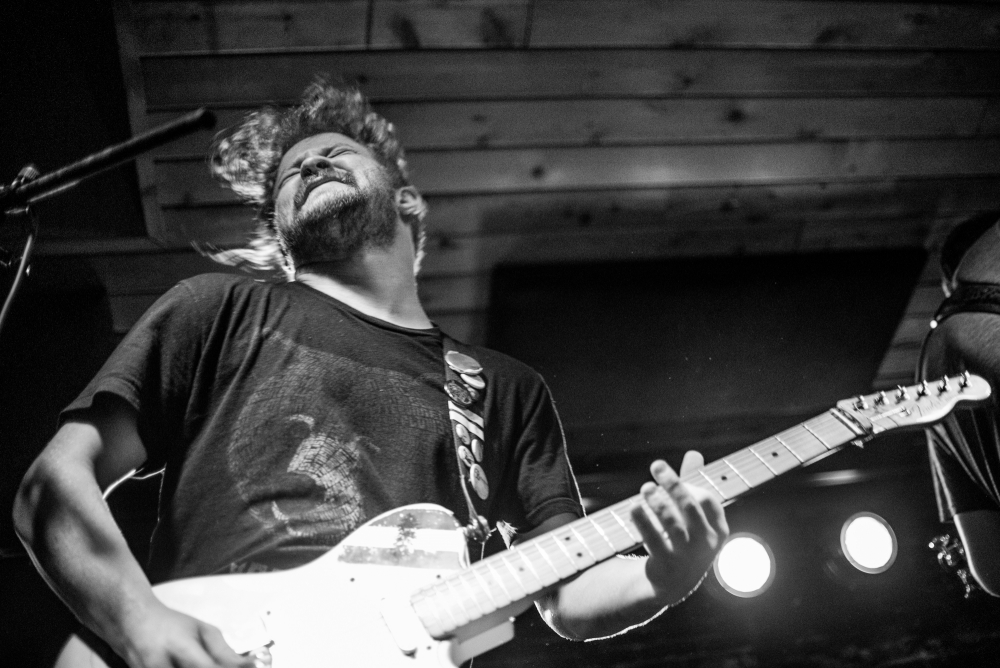 ‘Tis the giving season, and the excellent, unclassifiable Actionesse have teamed up with the pop-leaning, rocking Asterhouse and seventies tinged Temple Canyon to bring a show benefitting the Red Cross disaster relief fund to Barboza. It’s a no-brainer to head to this show; it’s one of those “one for me, one for you” gifts. 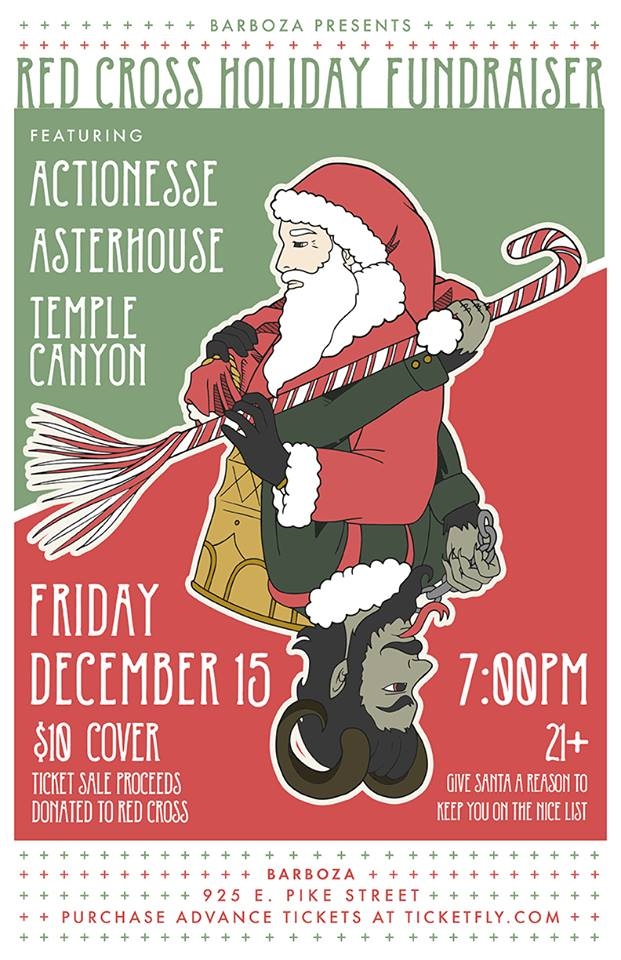 This particular lineup sets up the premise of an explosive show, and the bands have promised a few surprises such as new songs from Actionesse, who are currently working hard on their first full length album. Their previous EPs, Mignon and Fortune, are absolutely fantastic and strange, as full of raging punk sensibility as they are demented horns. Actionesse’s energetic live show is not to be missed; they almost always bring special guests onstage from other bands, and it follows that this night will be no exception.

Asterhouse rocks in a completely different yet totally satisfying way. Drummer/frontman John Thornburg’s kit is always front and center, with guitarist Russ Thornburg and bassist Julio Posada flanking. John is extremely animated; he’s constantly multitasking between hitting the high notes, keeping the beat, and being the consummate showman. Brother Russ isn’t to be outdone; his high jumping antics just might leave a hole in Barboza’s ceiling. Check out the band’s latest offering, Errors That Smile, to get a taste of Asterhouse’s passion.

When asked about putting the benefit together, Actionesse bassist Paddy Moran had this to say:

“When we were trying to decide on a beneficiary for this event, the aftermath of the recent hurricanes immediately came to mind. So many natural disasters have ravaged our country this year. Rather than rely on a useless federal government to address the damage everywhere (including in Puerto Rico, where American citizens are still reeling from the destruction due to the government’s neglect), we thought of Red Cross – an organization attempting to provide relief to as many victims as possible, regardless of where they are located.

In a time where many feel helpless in the face of extreme corruption, it is up to the individual to take matters into their own hands and provide relief and activist voices in their community and the country as a whole. This is a very small step in the process, but is simultaneously an easy action for anyone to take. Donations will be collected at the show, and all the proceeds we earn from the door fee will go towards Red Cross. You can also donate online at any time.”

Red Cross Holiday Fundraiser ft. Actionesse
Friday, December 15th at 7PM at Barboza
Tickets are $10 and can be purchased online or at the door.

Check out a few photos of Actionesse and Asterhouse from previous events to prepare your body for Friday.

Christine Mitchell has been poring over album liner notes pretty much since she acquired the skill of reading, and figured out the basic structure of rock songs at an early age. Whether it’s the needle popping into the first groove of the record, the beeps that signal the beginning (or end) of a cassette tape, or digital numbers ticking off the seconds from zero, music brings Christine happiness, ponderous thought, opportunities for almost scientific study, and sometimes a few tears. When she started attending live shows two decades ago, a whole new piece of the puzzle clicked in and she has been hooked ever since.
Related ItemsActionesseAsterhouseBarbozaChristine MitchellFeatureRed CrossTemple Canyon
← Previous Story Billy Joel’s one off at MODA
Next Story → The Moon Is Flat’s ‘Good Trip’