The Moon Is Flat’s ‘Good Trip’

By Christine Mitchell on December 13, 2017@Housetornado37 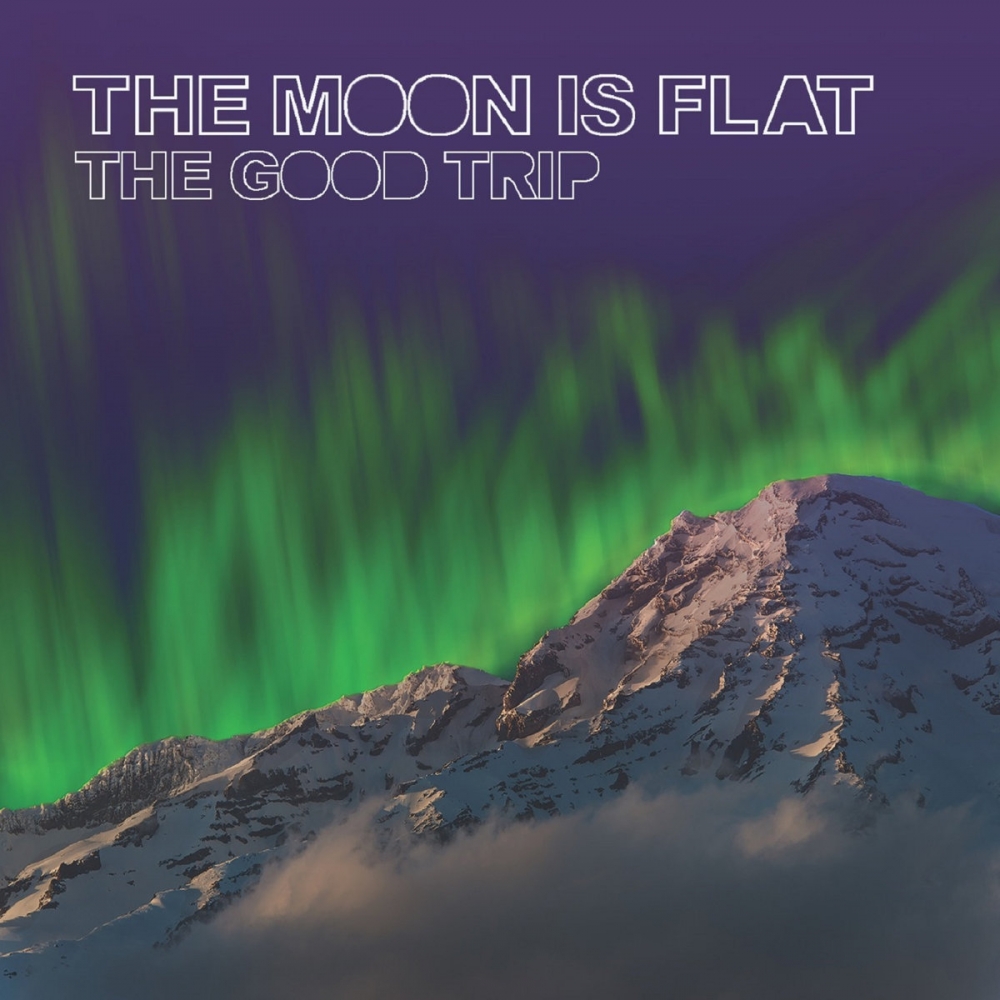 The Moon is Flat : The Good Trip

The Moon is Flat has been in the process of creating their debut album, The Good Trip, for a good long while. This clutch of five songs clocks in at just under 35 minutes (the songs range from six to eight and a half minutes long) and represents the culmination of years of musical maturation for not just The Moon is Flat, but also their sonic home, Soniphone Records. The Good Trip is a triumph for both the label and the band.

Front man and guitarist Kirk Rutherford and drummer Thys Ferwerda have been enmeshed in the Everett scene for years. You may not realize it, but they’ve played Fisherman’s Village Music Festival for several years running, both as TMIF and in their previous band, Shark The Herald. Back in 2014, both Shark The Herald and Soniphone Records popped up on SMI’s radar due to the band’s grungy, heady sound and the sheer audacity that anyone would dare to start a label in Everett. Since that time, Rutherford and label owner Kyle Ledford’s visions have morphed and expanded in ways that have cemented their place in Everett’s local scene and beyond.

While the backstory on The Good Trip is informative and interesting, the album itself stands on its own without explanation. It’s an immersive sonic and mental experience from front to back. This album sounds like golden hour, that hazy, lazy time of day when time stands still. The songs fade in and out of the psyche, never rushing headlong but preferring to float, dirge, and occupy space in a way that feels organic and real. The opening track, “Have You Seen My Glasses?,” shimmers like a dewy, foggy morning. The simple lyrics about misplacing one’s specs and musing on mental states (“I’m losing my mind”) are sung by Rutherford and feel almost incidental, but the song is a master class in psych balladry; “Glasses” is flat out (no pun intended) gorgeous, its layers and textures almost visibly shimmer in the air. It isn’t often that songs induce goosebumps, but this is one of those.

Aaron Ljunghammar’s work on The Good Trip is integral. Engrossing rhythm guitar that pulls the listener in initially, but Ljunghammar and Rutherford trade intricate solos that turn interest into fascination; this stream of consciousness guitar playing gets sort of mind blowing at times. On the album’s title track, the playing flows between prog territory and pure psychedelic pedal work and knob-twisting without losing a beat. Ferwerda’s drumming pulls us through every wormhole that Ljunghammar and Rutherford dive into. The entire band takes the concept of jamming to a new level, locked in as they are, and the result is an aural painting that is filled out to all four corners with nary a brush stroke missing. Dirges like “A Usual Suspect” find that brush heavy and unrelenting, yet though these tracks explore dark corners at times, the lush, layered sounds remain consistently exhilarating.

“Old Habits Die Hard” closes the album with eight and a half minutes of introspective, maudlin balladry, building like curling arcs of smoke in the air, winding and dissipating and winding again. Rutherford, Ledford, and fellow recording engineer and mixer Matt Houghton have created their best work yet for Soniphone. It’s exciting on many levels: Rutherford’s years’-long vision has come to fruition, and The Moon is Flat’s solid offering here solidifies Soniphone’s reputation in the area and beyond: Rutherford has been bombarded by folks messaging him from Europe since The Good Trip was released last month who love the album and are sharing it with their friends there. Perhaps it’s time to take a . . .”trip?” This time, pun intended.

Christine Mitchell has been poring over album liner notes pretty much since she acquired the skill of reading, and figured out the basic structure of rock songs at an early age. Whether it’s the needle popping into the first groove of the record, the beeps that signal the beginning (or end) of a cassette tape, or digital numbers ticking off the seconds from zero, music brings Christine happiness, ponderous thought, opportunities for almost scientific study, and sometimes a few tears. When she started attending live shows two decades ago, a whole new piece of the puzzle clicked in and she has been hooked ever since.
Related ItemsChristine MitchellFeatureSoniphone RecordsThe Good TripThe Moon Is Flat
← Previous Story Friday: Red Cross Benefit at Barboza
Next Story → Hot Seat: Kaitie Wade