By Kriston McConnell on December 28, 2017@Kristonisms 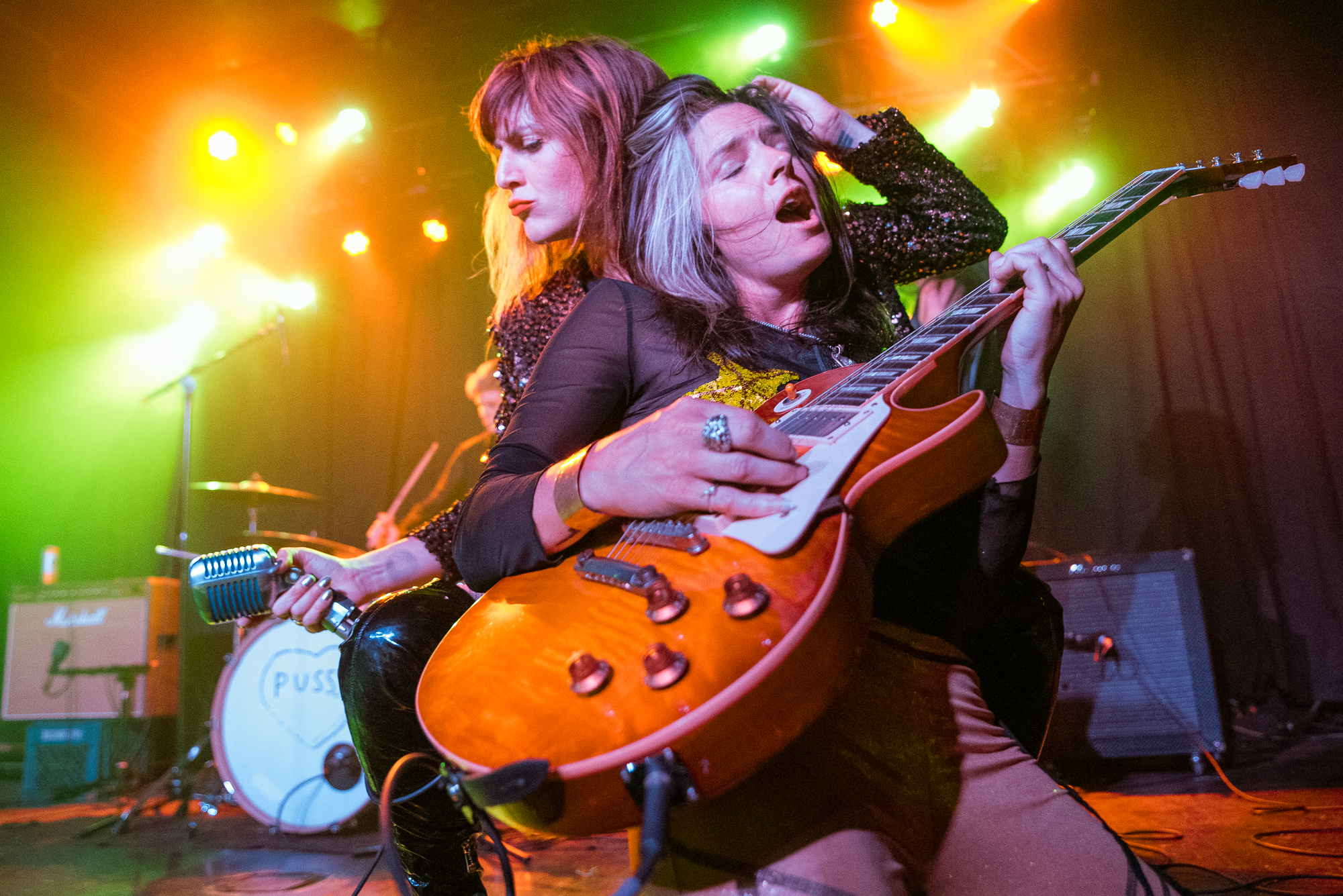 Looking to make some last minute plans for New Year’s Eve? There is a lot to do that night, but the place that every music fan should head to is Showbox Market to check out SMI’s favorite local rock ’n’ roll band, Thunderpussy. The group is known for putting on fantastic rock shows, so what better way to ring in the new year than enjoying some great tunes surrounded by like-minded people? The bands opening for them are Seattle-based advent-jazz outfit Industrial Revelation, and LA-based alt rock duo KOLARS.

Thunderpussy is a four-piece, all female rock ’n’ roll outfit who recently signed to Republic Records. Since their signing, they’ve released two brand new tracks, which they will likely perform on NYE. Their latest single, “Velvet Noose,” can be streamed through Apple Music, Tidal, Google Play and more. Find your preferred streaming method here.

Thunderpussy’s personal photographer, and our very own Assistant Editor, Christine Mitchell, will be showcasing and selling prints of the band on their various performances over the last few years. Get to the venue early to check it out!

Tickets can be purchased through AXS. They are selling fast, so be sure to secure one before they sell out! Advance tickets start at $29.50, and the price on the day of the show is $35. Doors open at 9pm, and the show starts at 10pm. The show is 21+, so fans need to remember to bring their IDs.

Kriston began her writing career as a passionate music fan. She attended dozens of shows, purchased CDs, vinyl and even cassette tapes of artists she barely even heard of. Shortly after joining a band's street team she happened to meet blogger Jacob Tender (now with Alternative Press) who asked her to write for his blog. After a couple of months he joined the staff of Under The Gun Review, and brought her along for the ride. After spending four years as a major contributor to the publication she moved on to be a web content contributor for New Noise Magazine, whose print magazines have a national reach.
Related ItemsAXSChristine MitchellFeatureIndustrial RevelationKOLARSKriston McConnellShowboxThunderpussy
← Previous Story Friday: Red Cross Benefit at Barboza
Next Story → This Weekend: The 5th Annual Timbrr! Winter Music Festival