By Mike Baltierra on January 8, 2018@baltierraphoto 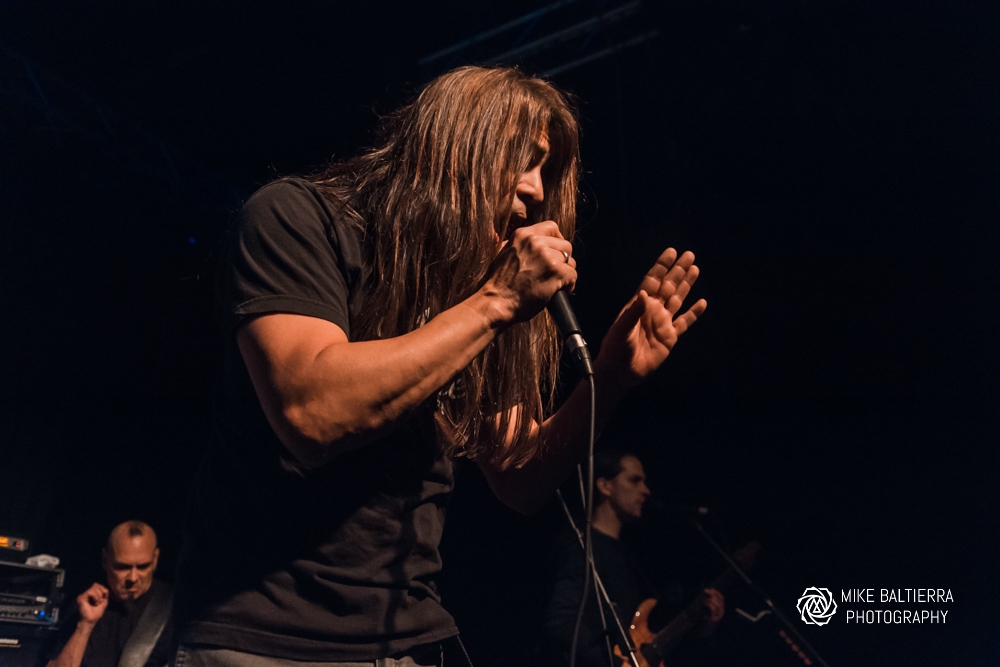 Though they performed most of their material off of Theories of Flight, A Pleasant Shade of Gray and Parallels, they proceeded to play a 90 minute sixteen song set that spanned their thirty year career, playing much older material alongside the newer songs.

Though the turnout was rather disappointing, those who were in attendance sang along with Alder and had no issues letting the band know that it’s been four years since the last time Fates Warning were in the Seattle area.

Hearing the band live is a far heavier experience than their recordings. Songs such as “Life in Still Water,” “One,” “Seven Stars,” and “Firefly” sounded incredible live. Even the slower, more melodic numbers such as “Handful of Doubt,” “The Light and Shade of Things,” and “A Pleasant Shade of Gray, Part IX” were very well received.

Fates Warning finished out their set with older fan favorites “Through Different Eyes” and “Monument.”  The audience, many of whom looked as if they had been long time fans, as well as the younger fans, were very happy with the band’s performance.

In direct support were Seattle power / thrash metal band Coven 6669, who are made up of Neal Babbitt (drums), Dean Babbitt (guitar), Jamie Carter (vocals), Eric Close (bass) and Underbishop (guitar). They played a killer and heavy and amazing thirty minute set that caused many in the audience to head bang and even had a few moshers.

Also on the bill where alternative heavy rockers The People Now – which is made up of Garth Hockersmith (vocals/guitar), Tim Karman (drums), Charlie Shaughnessy (guitar) and Dagna Silesia (bass).