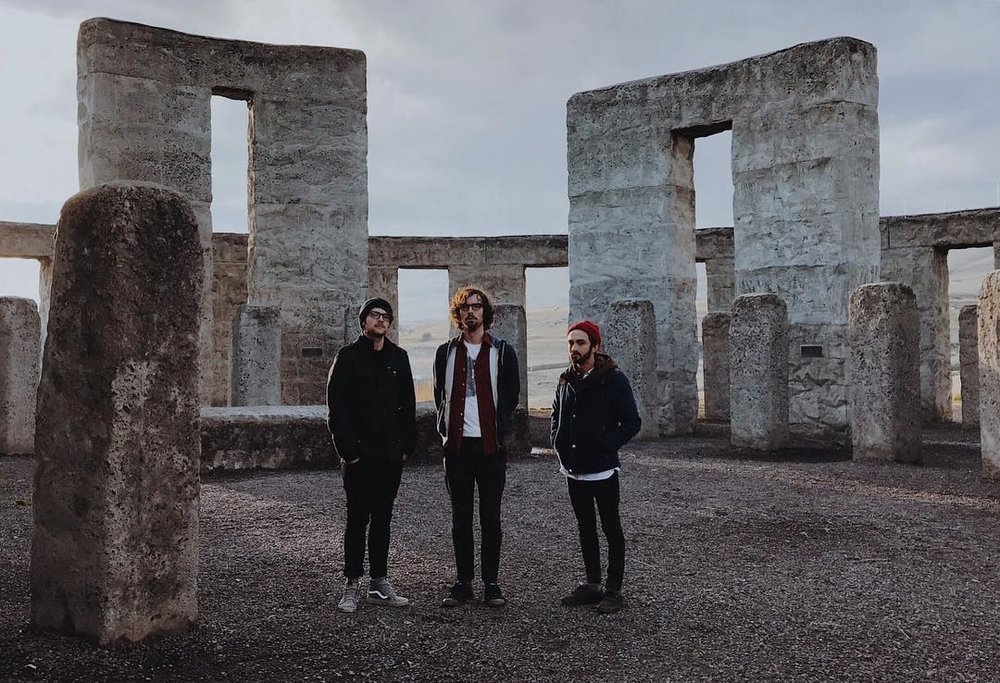 The Co Founder, a Pacific Northwest band with roots in Seattle and Bellingham, are seasoned touring musicians. Armed with a full travel schedule and plans to release their next album, Gymnasium, the group shows off their atmospheric sound on their latest single, “Full Stop.” Pairing delicate, at times distant guitar over calculated drumming, “Full Stop” teases a shimmering, dynamically exploratory direction for this indie rock outfit.

The track is a brainchild from members Hayden Eller and Jake Barrow, featuring a debut performance by Nikko Van Wyck on bass. What stands out for the listener on “Full Stop” is the band’s wonderful ability to nail both the emotionally high points of the song, and the subdued, but spring-loaded low moments – often, the song erupts at a precise moment after the instruments are brought down, providing a new sense of relief with each raw, layered, climactic peak.

Barrow’s drum performance on “Full Stop” reminds one of Plans-era Jason McGerr, as he confidently utilizes the full breadth of his kit to set the tone for the song’s complete dynamic range; though, The Co Founder, if at all related to Death Cab For Cutie (other than by city of origin), is a band which elaborates on moody indie rock, and is not derivative of it.

The vocals on “Full Stop” shine, as Eller proceeds into soulful territory during the final portion of the song, his voice almost pleading with the listener. Rich backup vocals give chordal depth, are expertly blended, and feel smooth. As the track crescendos one final time, each instrument remains controlled; this, as it seems, is one of the strongest tools in The Co Founder’s toolbox, in that they have an impeccable ability to remain together and tight, no matter how loud or soft they wish to be.

The Co Founder will release Gymnasium in early 2018, and will perform their tour homecoming show at Black Lodge on March 25th. “Full Stop” is available online here.

Paddy Moran is an active musician and participant in the bustling Seattle music scene. When not discussing his extreme distaste for eggs (any style), Paddy can usually be found fumbling around, looking for lost personal items and accoutrements. Have you seen his backpack? It was right here a minute ago; someone must have moved it. In his personal life, Paddy requires almost constant, near-24/7 audial stimulation, which explains both his undying love for new music and why he won't just stop talking already. Oh, there's my backpack. I mean his.
Related ItemsAnna EihenbaumaFeaturefull stopgymnasiumhayden ellerjake barrownikko van wyckPaddy MoranThe Co Founder
← Previous Story James Coates Unveils “This Town” LIVE
Next Story → Vicious Rumors Invades Louie G’s Pizza