By Alicia Kamenick on January 29, 2018@corianderstem 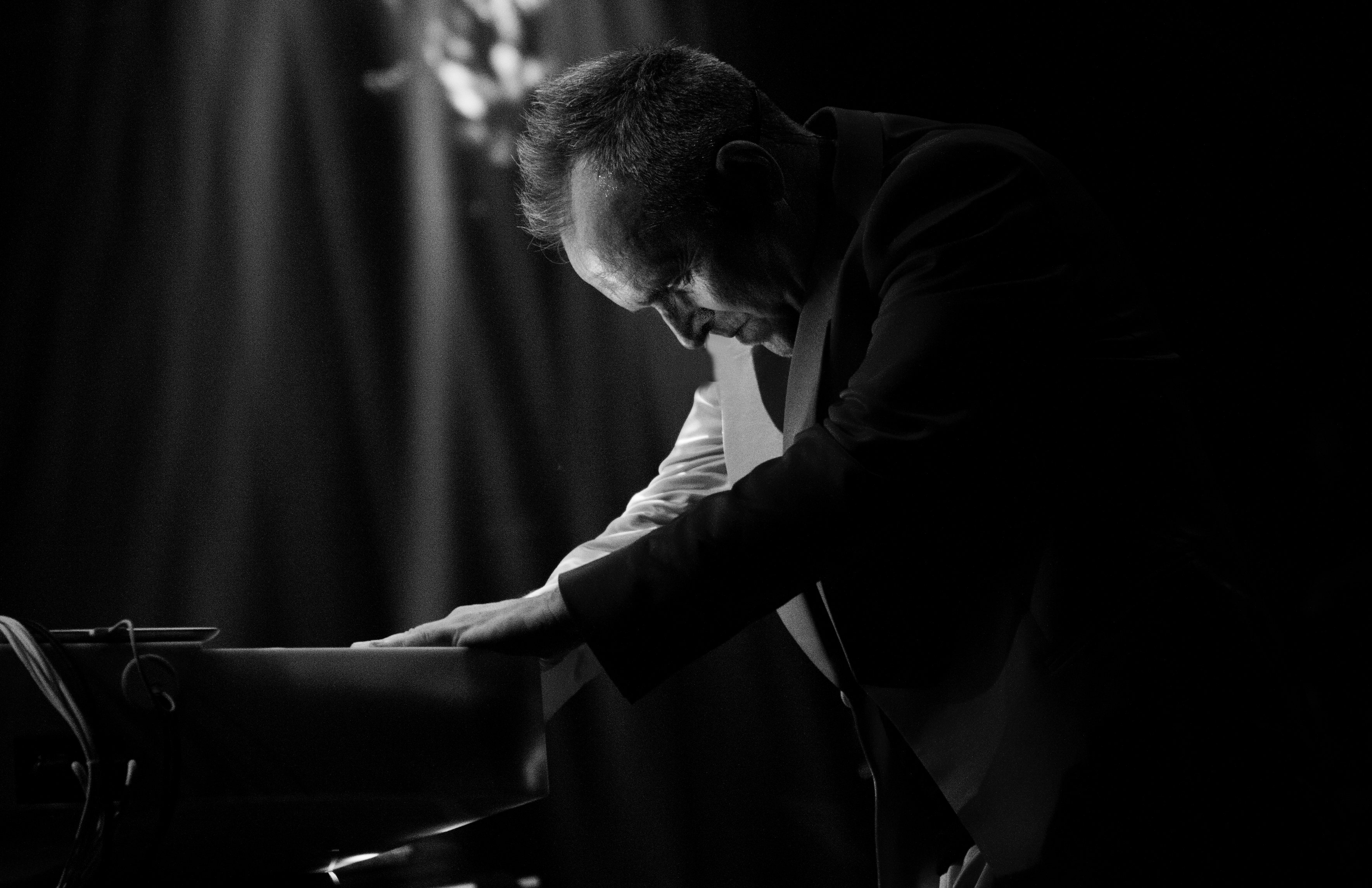 It’s fairly common these days to be able to catch your favorite ‘80s act on tour. Nostalgia is popular, and there’s nothing wrong with that – people love those songs for a reason. It’s not as common, however, for one of those acts to be able to go on the road and let the songs stand on their own. Howard Jones is one of those uncommon acts, and his “Solo – The Songs and Stories Tour” kicked off in Seattle Wednesday night.

It was a night of pianos and storytelling, and the 536-seat Illsley Ball Nordstrom Recital Hall at Benaroya Hall made for an intimate setting. New York’s Rachael Sage opened the show, a performer colorful and sparkly in both appearance and personality. Sage’s piano-based songs were complemented by violin accompaniment.

The space between albums may have grown since Jones’ string of hits in the ‘80s and ‘90s, but he’s kept busy with touring and creating music. With this tour, it’s a chance to showcase the songs, let them stand on their own on the piano, and for Jones to tell stories: stories behind the songs, stories from his heyday. On Live Aid: “David Bowie knows who I am!” On being a member of Ringo Starr’s All-Starr Band: touring with a Beatle is a lot swankier than one might be used to.

A laid-back Jones peppered stories throughout the 14-song set, so casual that by the end of the show he had to be reminded that he’d forgotten to play his biggest hit. “You can tell it’s the first night of the tour,” he said before closing the encore with “No One Is to Blame.”

There was a lot of laughter and audience participation, particularly in “Life In One Day,” where wolf sounds abounded, and the 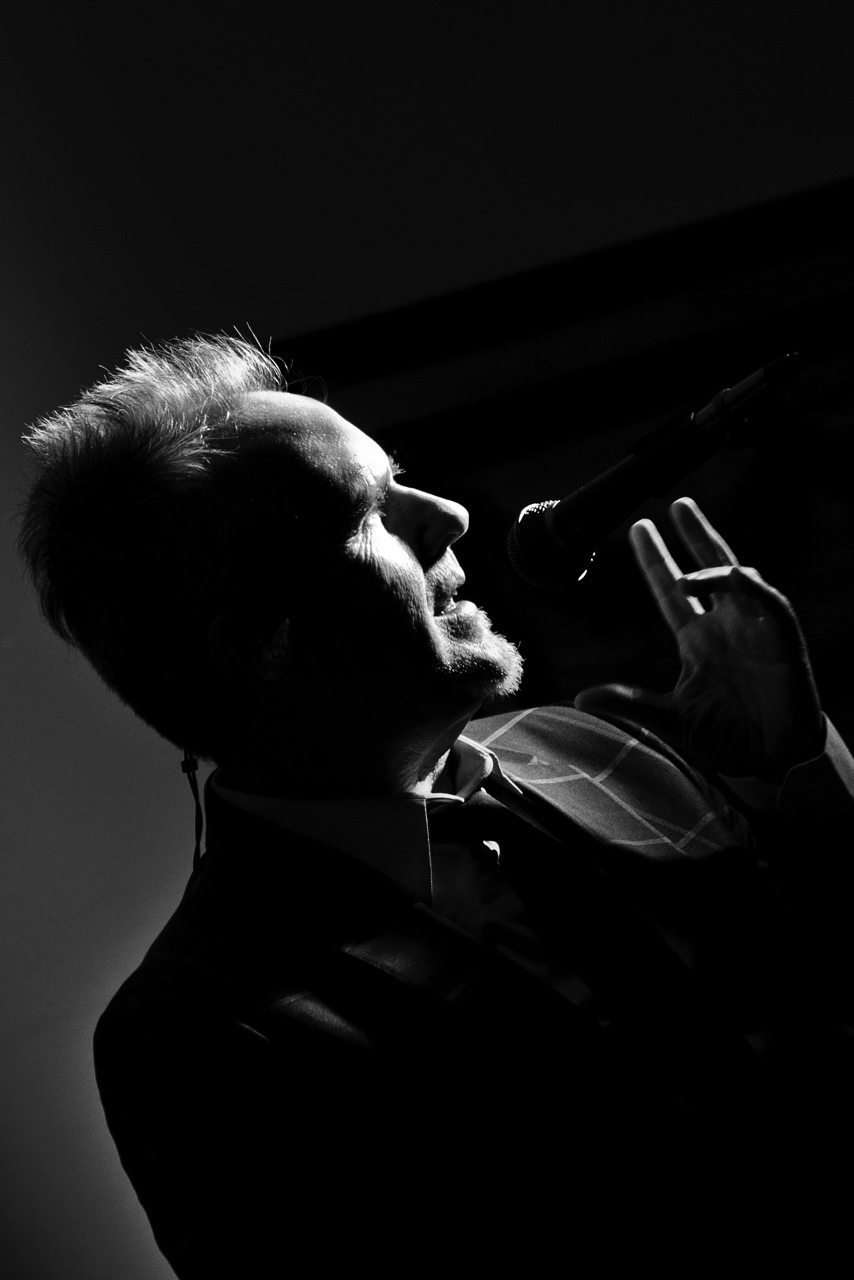 request to personalize the words resulted in the crowd singing “Don’t go speed your time away … Howard!”

The cozy setting and bare stage (it was only Jones and his Roland RD2000, along with a few lighting changes) didn’t lead to obvious group sing-alongs. People could be heard quietly singing along to songs like “What Is Love?” but needed encouragement to provide more confident backing vocals for “New Song” and “Things Can Only Get Better.”

Jones dipped into deeper cuts (“Soon You’ll Go,” written for his daughter before she set out to university), and a new song from an upcoming animated film. “We’re In This Together” was pleasant enough, but Jones talked up the funkiness of the recorded version so much that the song would have been better served with a full band.

Aside from that moment, the songs stood proudly on their own. Some of the recognizable synth hooks from the hits were missing, but not needed. Songs were embellished with jazz flourishes (“Don’t Always Look At the Rain”), and even a little Latin flavor at the end of “Things Can Only Get Better.”

Jones’ voice hasn’t lost any of its strength, and while he still writes new music, he hasn’t seemed to lose any joy in playing the favorites over 30 years. For any fans of his – even those only familiar with his early hits – this is a treat of a show.

Alicia is a Midwest transplant who loves Seattle but misses thunderstorms. Her musical obsessions began when her coolest aunt gave her a copy of K-Tel’s Rock 80 album for Christmas when she was 7. She spent many years studying piano and voice, but the force of rock and roll won, so while she still sings in a local chorale, her true musical passions lie more with The Beatles than with Beethoven. When she’s not working at her job in HR, she can be found singing bad pop songs at the top of her lungs … although sometimes she does that
Related ItemsAlicia KamenickFeatureHoward JonesRachael SageSeattle
← Previous Story Single Review: Leava – “Had Enough?”
Next Story → Single Review: Powerbleeder – “Donnie Wants You Dead”