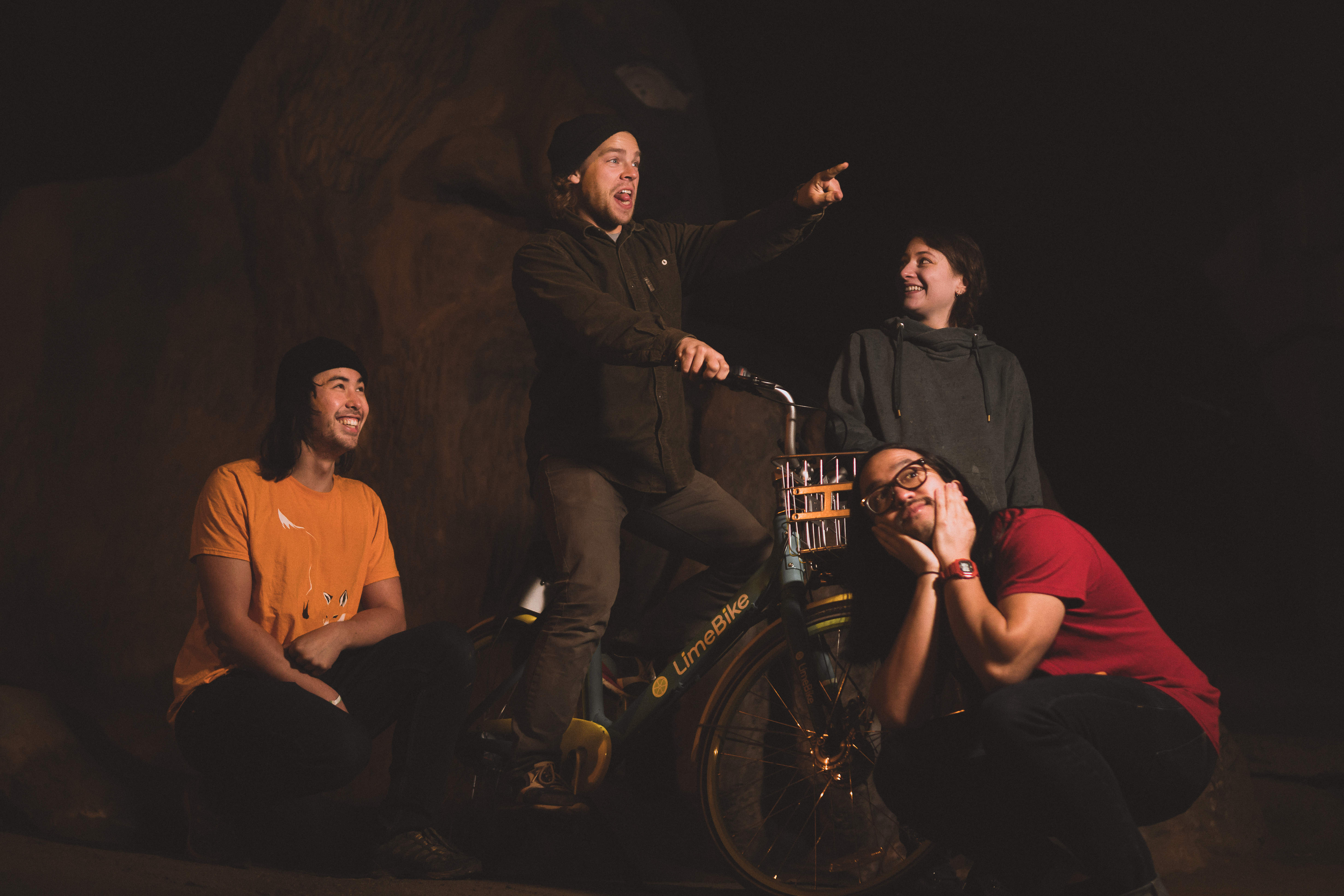 Curse League writes with meaning. Their upcoming record, Laying by the Fire in Good Company, will take the listener on the path of a carefully written story, built upon the foundation of delicately crafted songs. Their new single, “La Siembra,” closes that winding tale, the travels of the two main characters (a deported Mexican illegal immigrant and an adventurous American orphan) coalescing in a scene at a house near the border.

What may strike the listener as refreshing is Curse League’s unique take on emo and math rock. “La Siembra” has a comfortably loose feel; there’s definitely some air between the interweaving guitar and drums. The parts aren’t as compressed or succinct, and instead feel more flowing, making this song stand out against more rigid and starchy entries of similar genre. Providing a powerful combo of singing and drumming, member Jake Campbell definitely leads the song with passionately strained vocals that unashamedly show deep roots in emo music. Meanwhile, guitarists Chester Cun and Kai Brunson each take different roles in this track (sometimes even exchanging them), with one guitar sometimes playing a quicker, more technical lick, while the other is allowed to let certain notes ring out or add delicately placed riffs on top.

Entering for the first time on record, bassist Alexandria Hickel supports “La Siembra” with a crucial element: a thick, bold bass sound that is consistent and foundation-laying, while simultaneously being unafraid to move melodically (and in moments is just as swift as the guitars tend to be). The phases of this song crash over the listener like waves; Curse League does a great job of constructing a complicated, fast-paced, multi-act song, which one can imagine will add a great deal of dramatic quality to the storytelling this album is founded on.

Curse League will release Laying by the Fire in Good Company in spring or summer of 2018. They will perform their tour homecoming show at Victory Lounge on February 25th. “La Siembra” is available now for streaming on the band’s SoundCloud page.

Paddy Moran is an active musician and participant in the bustling Seattle music scene. When not discussing his extreme distaste for eggs (any style), Paddy can usually be found fumbling around, looking for lost personal items and accoutrements. Have you seen his backpack? It was right here a minute ago; someone must have moved it. In his personal life, Paddy requires almost constant, near-24/7 audial stimulation, which explains both his undying love for new music and why he won't just stop talking already. Oh, there's my backpack. I mean his.
Related Itemsalexandria hickelchester cuncurse leagueFeaturejake campbellkai brunsonla siembralaying by the fire in good companyPaddy Moranscott ohashi
← Previous Story Fisherman’s Village Music Festival Lineup Announcement 2018
Next Story → Gogol Bordello heading to Neptune