The Moon Is Flat’s “Long Enough”

By Christine Mitchell on February 23, 2018@Housetornado37 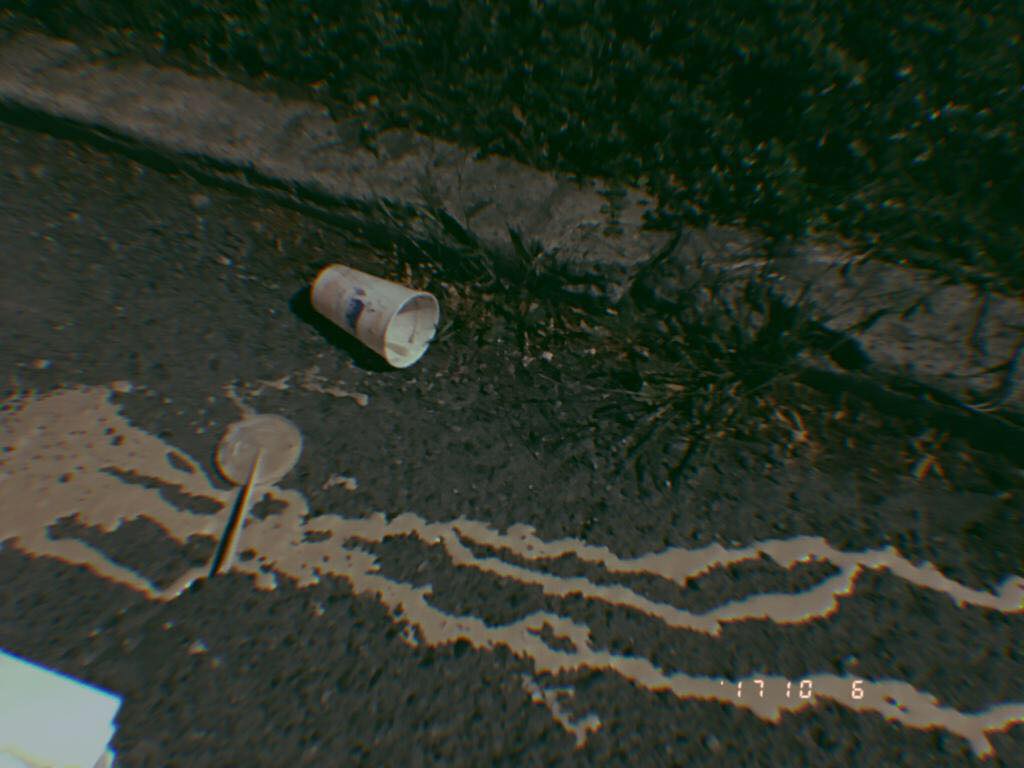 “Long Enough,” The Moon Is Flat’s new single, is a hauntingly evocative response to the tragedy of ongoing mass shootings in our country. Lead singer and guitarist Kirk Rutherford wrote the song a while back after a different school shooting, and he has a hard time even remembering which one out of the long list it was, which saddens him. “It may have been San Bernadino,” he says. “Long Enough” had originally been slated for an upcoming album, but after last week’s school shooting in Parkland, Florida, Rutherford decided to record and release it as a standalone track.

I happened to be at Soniphone Records in Everett last Friday and was invited to hear the track while it was in progress. There was a sort of get together going on; Shabazz Palaces and TacocaT producer (and helluva musician on his own) Erik Blood was there, friendly as all get out (he even went on a booze run). Rutherford had this aura of laser focus about him on this night. “Do you want to listen to this new song I’m working on?” So a few of us headed into Soniphone’s basement studio and Rutherford proceeded to play “Long Enough.” It was achingly beautiful in its simplicity, and all of the right parts were in place, although the track was finished the next day and then sent out to be mastered. SMI is proud to premiere this heartbreaking, intimate song.

Recorded and mixed just over the past weekend by Rutherford himself, the track features just Rutherford and his acoustic guitar. This is an immediate departure from The Moon Is Flat’s full band, psych-jam sound, yet it still retains the atmospheric quality of the band’s other recordings, with Rutherford’s voice awash in reverb and a general feeling of space and air in the sound. It is a welcome addition to the band’s repertoire. Minor, slightly discordant chords ring out in that space. The vocal is exquisite; recorded using a vintage 1950’s Shure 55 “Elvis microphone,” Rutherford cozies right up to the point of his voice breaking again and again, and in the chorus bends the last word of each line, floating it out and down to be swallowed up by the void. It’s Neil Young-esque, and it’s spine-tingling. The lyrics tackle a sense of broken helplessness over the growing list of mass shootings, over the circular news cycle, and over our general inability as a country to put a stop to it:

No matter how many times, we’ ll never be immune.
Whether it’s now or then, it’s always (way) too soon
You’d think as much as we’re exposed, some callous would exist
But the more this shit goes on, the less we’ll come to grips.

Things have gone on long enough
But really what else can ya do
Fill your mind with thoughts of better
Until something worse is breaking news…..

The cover photo, taken by Rutherford’s sister, is that of a spilt milkshake, which is a rather mundane subject, but, when viewed through the lens of “Long Enough,” takes on a gruesome aspect. Rutherford immediately thought of the iconic milkshake scene in the film There Will Be Blood when he saw the photo, of the spilt milkshake being spilled blood, and it’s a canny parallel.

“Long Enough” is a lament, but a gorgeous and moving one at that. It deserves to be heard and shared. The Moon Is Flat is sharing the song for free on Bandcamp, with sharing on all other major streaming platforms starting on March 1st. You can listen and share here now:

Christine Mitchell has been poring over album liner notes pretty much since she acquired the skill of reading, and figured out the basic structure of rock songs at an early age. Whether it’s the needle popping into the first groove of the record, the beeps that signal the beginning (or end) of a cassette tape, or digital numbers ticking off the seconds from zero, music brings Christine happiness, ponderous thought, opportunities for almost scientific study, and sometimes a few tears. When she started attending live shows two decades ago, a whole new piece of the puzzle clicked in and she has been hooked ever since.
Related ItemsChristine MitchellErik BloodFeatureKirk RutherfordKyle LedfordSoniphone Records
← Previous Story Gogol Bordello gets boisterous at The Neptune
Next Story → Love is in the air with LP