Love is in the air with LP 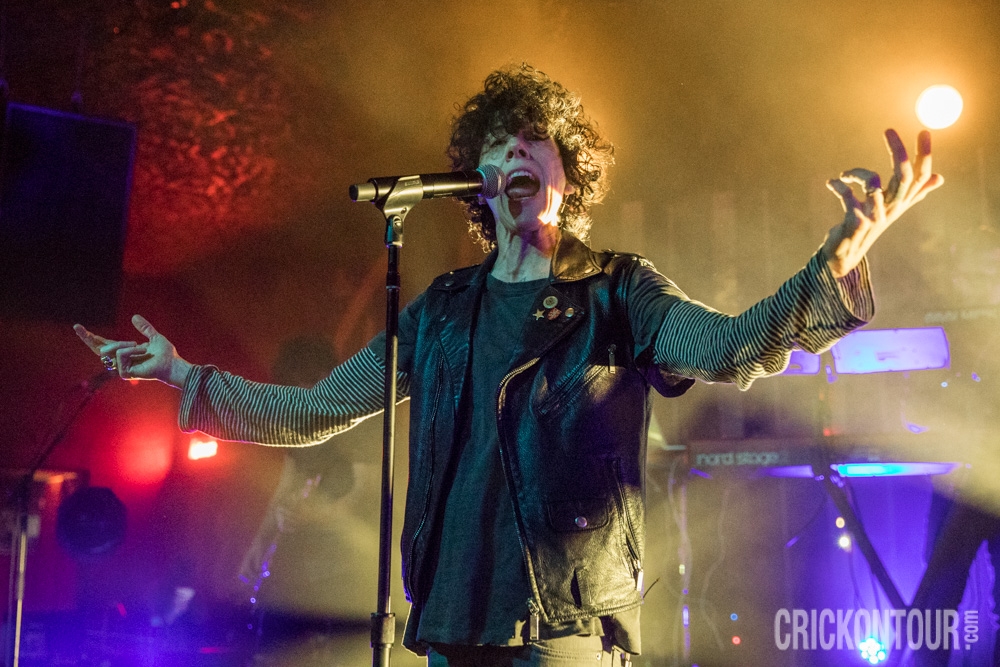 LP at The Showbox (Photo by Alex Crick)

Love was in the air this Valentine’s Day as LP’s powerful vocal range enthralled this sold-out, all ages crowd at The Showbox.

Opening for LP was Noah Kahan, performing his buoyant pop-acoustic rock. While seeming to have some technical difficulties at the beginning of his set, he got things worked out before launching into his all too short clutch of ten songs. The crowd loved it; at every pause a random ‘Woo!’ would emerge from the audience, much to the enjoyment of Kahan and his band. His smooth vocals and high notes brought to mind the vocal high notes of Jason Mraz with the rock sensibility of Dave Matthews.

After the crowd mulled for a bit, LP (aka Laura Pergolizzi) took the stage to raucous applause and cheers from the crowd. Touring on her new incredibly earworm friendly album Lost On You, she first broke into “Strange,” which fully explores her massive vocal reach. Looking at her small frame, one would never know what she was capable of, but in a single moment LP can break from a steady lyrical flow to belting out powerful soaring vocals which reach right down into your soul. Her fluid stage presence is flirtatious and fun, she plays with the crowd as she wanders out to the edge of the stage, reaching out to her adoring fan base. During “Other People” she broke out her acoustic guitar, pausing briefly to thank a fan who’d left a heart shaped tin on stage for her. During the course of her set the talented multi-instrumentalist showed her energetic confidence with the guitar, harmonica, and trademark ukulele.

Fans were treated to an evening of hits including “Tightrope”, “Suspicion”, and perennial favorite “When We Were High” before culminating with an encore of “Muddy Waters,” the hit single from her current album and “Into The Wild”, a powerfully catchy song from her previous album Forever For Now. The crowd sang along to all of the songs jubiliantly, and it seemed that everyone was elated to be present. Overall it was an enchanting evening, with LP’s vocals filling the room with love for the Valentine’s Day crowd.

Alex Crick is a Seattle based freelance photographer specializing in music photography. His interest in photography began as a school project in the early-90′s, when he also attended many live music shows. Eventually, he combined these two interests by conveying the power and excitement of live music through the eye of the camera. Over the years, he’s traveled all over the country photographing live musical acts. You can find samples of his work in SPIN, Billboard, Esquire. View his work here
Related ItemsAlex CrickFeatureLPNoah KahanThe Showbox
← Previous Story The Moon Is Flat’s “Long Enough”
Next Story → Miller Campbell – The Hot Seat