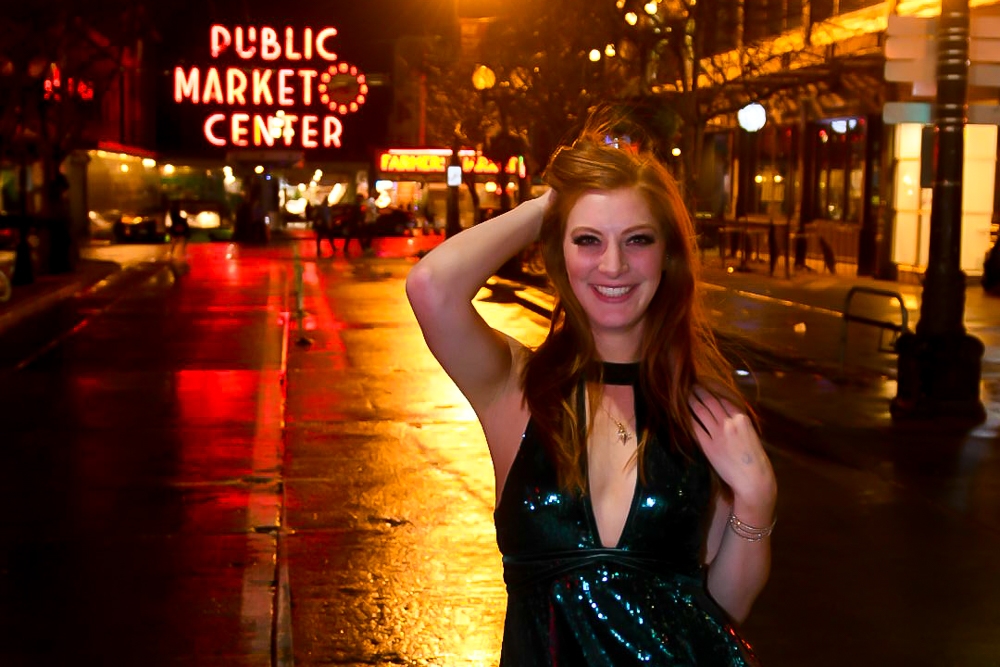 Miller Campbell is fresh off her 2017 release of her album Sweet Whiskey, which is about the take 2018 by storm. Radio stations are calling, fans are requesting her songs, and a new tour is on the horizon. Check out our review of her album release show here. Miller Campbell chatted with contributor Matthew Lamb at the Hot Seat, talking about touring, new music and music videos soon to released. Miller Campbell is a artist to watch in 2018.

In the fall you released Sweet Whisky, how do you feel its been received?
I am so excited that country music fans have embraced Sweet Whiskey so strongly. My favorite image is seeing fans sing along to the words in the audience. It’s such an unreal feeling! I love that everyone has a different favorite song on the record as well. It’s been really touching to hear people’s personal connections to the songs. It’s a weird feeling, since every song is such a personal story about me. But weird in a good way. This is my first record, so I’m just really on cloud nine with the response.

Seeing the crowd in Seattle at the release show, not normally thought of as country fans, what was that like?
Oh my gosh, it was so crazy!! Seattle has such a strong core group of country fans and they really celebrated with me. It’s been fantastic to watch the record grow and see people share the links, and tell their friends. It was such a great feeling to have strangers that have never heard my music come to my show and be hooked by the tunes. It was a crazy night! There’s a weird feeling that happens when a show comes together like that, and the crowd is on fire: it’s almost like I blinked and it was over way too soon. I can’t wait for the next big show!

What do you hope people get out of listening to your album?
I hope people feel like they get to know me better. I write my own songs, so the record really is a personal collection of my diary from the last two years. From heartbreak, to death, to love, it’s all in there.

Are you still writing songs?
Absolutely!!! I try and write songs everyday. I’m gearing up for the next big record-just you wait!!

You just did a tour in Mexico, tell me about that.
That was absolutely the best time of my life. It was my first international tour and I was blown away by how many country music fans there were in Mexico! I sold out of merch at the first show!! It was hilarious to walk around Cabo the day after and I saw my Miller hats everywhere. So, so cool. It was one of the first trips where I felt like a real celebrity, with people taking photos and following me around. They really were as excited as I was! The shows were fantastic, and I can’t wait to be back. I’m planning another big Mexico tour in 2019!

What are your 2018 touring plans?
I’m so excited to hit the road in the US finally! I’ll be going through Northern California in April, Texas in May, and Idaho, Oregon, and Montana this summer. I’m coming for ya world!

Tell me your best story from the road.
Oh it’s so hard to pick! I think my favorite memory from the Mexico tour was when my parents surprised me and came on the road. They really are my number one fans; they’ve missed maybe two shows my entire career. I didn’t expect them to come on tour though, and they totally made the trip! We got to really celebrate my success as a family, and I remember just sitting on the beach one of the days, daiquiri in hand with my family and friends, and I thought-how lucky am I to live this life? It was a really amazing moment.

Country Music in Seattle, can it break through?
I’m hopeful!! There really is a great fan base here and there are some fantastic local venue supporters, like Greg Garcia at the Tractor Tavern, Jon Tartaglia at Steel Creek Whiskey, and of course you! The thing about the country music scene here is that it is all going to be dependent on the collaboration of other artists pushing each other to succeed and working together. I recently played a show at the Hard Rock with The Lowdown Drifters and Darin Jones and the Last Men Standing, and it was a perfect example of artists supporting artists, and working together to make the country music scene great.

Besides Sweet Whiskey, what else are you listening to?
I’m obsessed with Caitlyn Smith’s new EP Starfire. It’s such an amazing record. I’m also listening to a lot of Margo Price’s newest record; just got tickets to see her in Seattle and I can’t wait to be inspired!

How has your music evolved since your first started?
I feel so much more confident now in my songwriting, guitar playing, and performance. I’ve only been at this for about a year and a half, so it’s been such a growing experience. I feel like my shows now are real performances, and I am way more able to feel the music, direct other musicians, and compose my own songs. I think the next record is going to blow everyone away!

Anything else you would like readers to know?
I just wrapped my first music videos for “Sweet Whiskey” and “One Step!” Stay tuned for the release details of the videos, I cannot wait for ya’ll to see them!! I do have a big theater background, so I’m excited for everyone to see my acting and the storylines The Hamer Brothers and I put together. I’m also working on a huge social media push! Definitely check out all the content on my Facebook page, Twitter, and Instagram. There’s a lot of really fun stuff on there, and it’s a great way for fans to get to know me better!! Lastly, I’ve got a big show up north in Ferndale at Kickin A’ Saloon, March 23rd. I can’t wait to see you all there!

Matthew Lamb is a Corporate Photographer based in Seattle.