Home / Reviews / Local Artists / I Will Keep Your Ghost’s ‘OPTIONS’

I Will Keep Your Ghost’s ‘OPTIONS’

By Christine Mitchell on March 21, 2018@Housetornado37 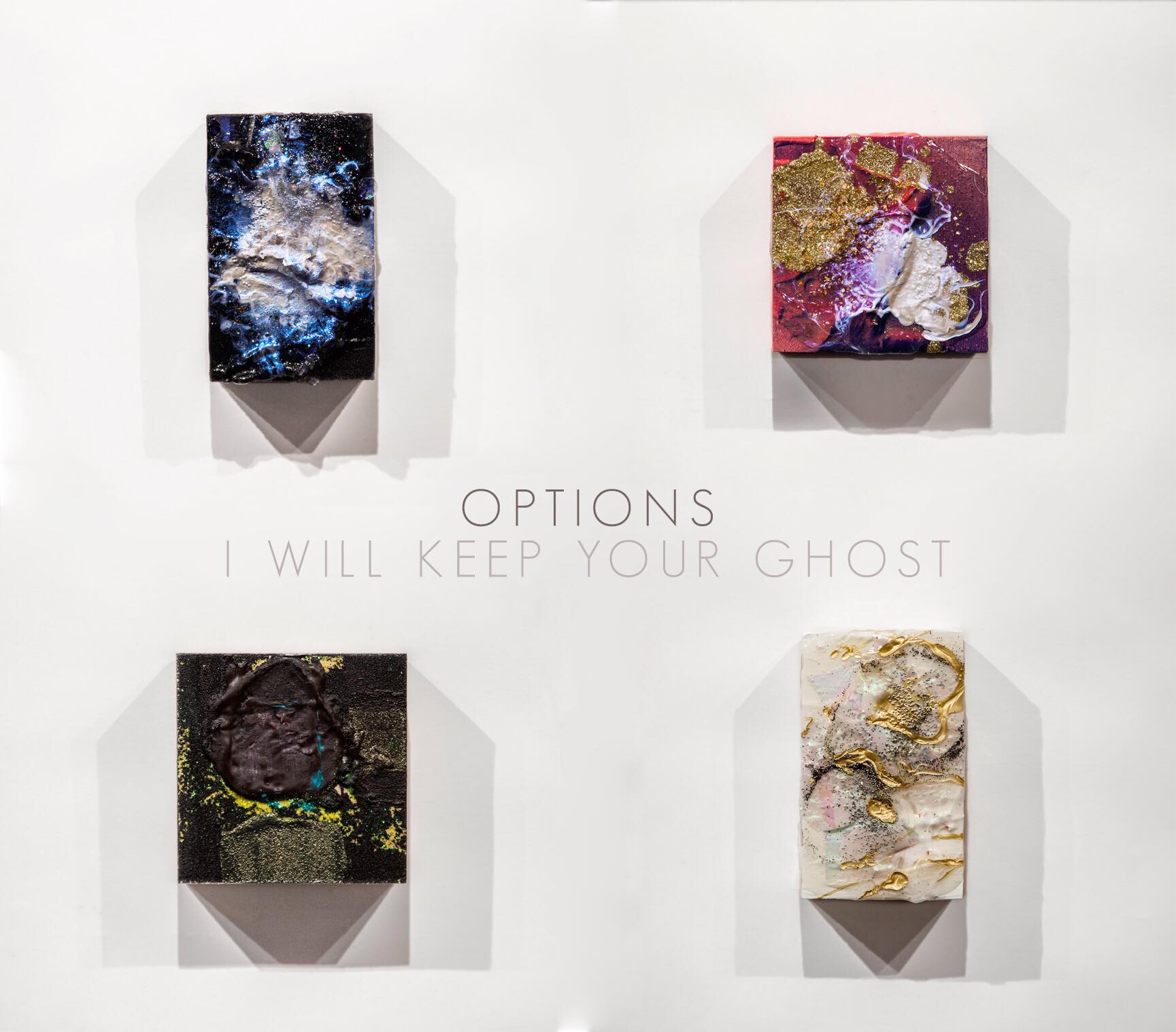 I Will Keep Your Ghost ‘Options’ cover (Art by Lydia Dildilian, Layout by Alex Vincini)

Bryan Bradley and Doug Evans have been a quiet yet persistent presence in the Everett music scene over the past few years since the release of their 2013 EP It’s Natural. Their hibernation is over with the release of OPTIONS, a five song EP due out March 23rd that shows how tenacity can create something insistent and beautiful. Well, perhaps I Will Keep Your Ghost wasn’t really hibernating. It’s more truthful to say that they’ve been watching, learning, and growing. And it’s been fruitful. OPTIONS finds the band sounding fully fleshed out and soaring.

Evans has been seen moonlighting on stage with Leava while Bradley has been tooling around with TELLERS, and both bands’ influence can be heard on OPTIONS. So much so that TELLERS’ Sarah Feinberg has joined I Will Keep Your Ghost, interestingly enough, and she is a welcome addition. Indeed, it’s hard to imagine what this EP would sound like without her vocal contribution, which includes some of her best singing to date. The combination of Feinberg’s voice along with that of Bradley’s is enticingly thick and sweet; nothing too frilly here. This singing is about conviction and perfect harmonies that give you the prickles. There is a hearty, earthy quality to Bradley’s voice that makes it a pleasure to hear. It sounds the way a dark chocolate brownie tastes and feels in your mouth: rich, dense, and just a hint of bitterness through the sweet. 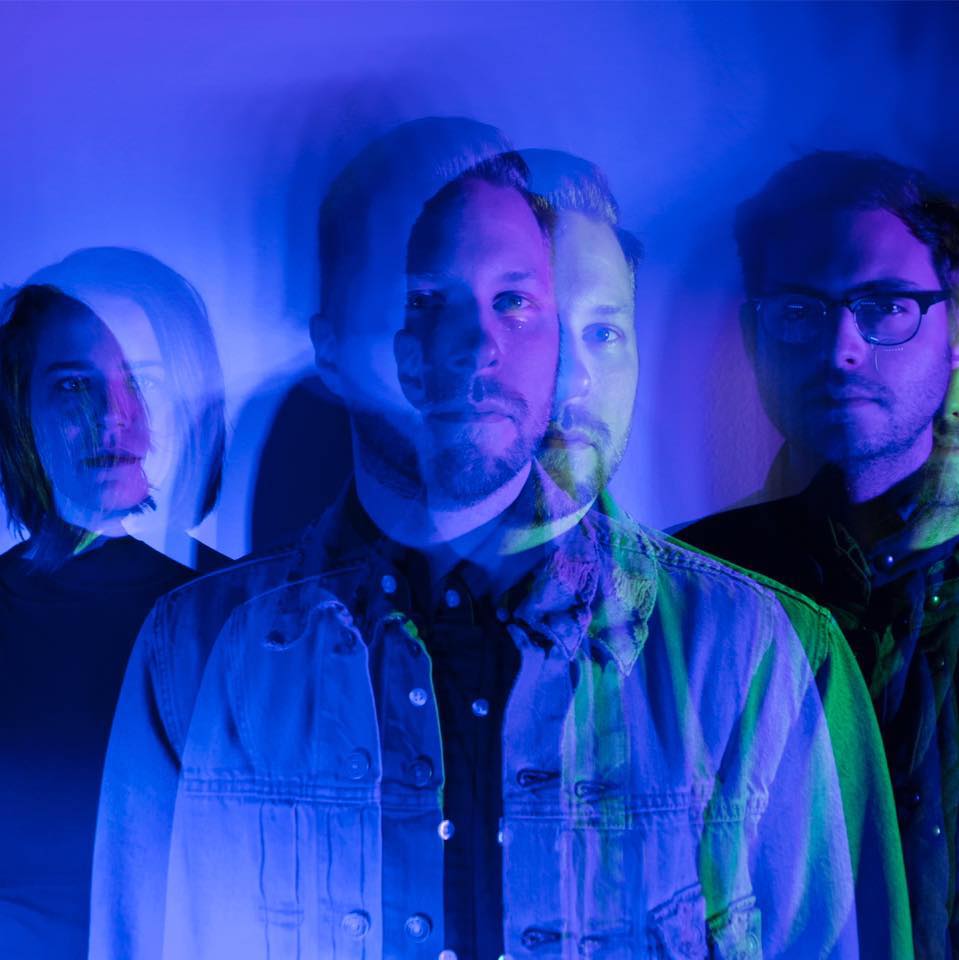 The sound is thicker, too. IWKYG label themselves as “electronic,” but there is so much more going on on OPTIONS than on It’s Natural that it’s debatable whether that’s the correct designation at this point. This sounds like a full band, albeit one that makes liberal use of keyboards. Guitar figures pretty prominently. A riff starts the opening track “Distance” off, setting the mood before keys and drums come in to crack things wide open and push the song along.

“Gold Leaf” begins more in that electronic vein, with layers of synth pulling the brain back into the eighties, but there is more sophistication and none of the throwback schmaltz. Guitar hits along with the chorus as Bradley and Feinberg’s voices soar and swoop in tandem. By the middle of the song, though, bass takes central stage, punctuated with stabbing, fuzzy six string riffs. “Gold Leaf” goes through several different phases before going back to its electronic beginning, and that’s very telling.

“Sleep” is hypnotically gorgeous, switching between spare and lush, between unfiltered and aurally torqued vocals, between piano and keys, between clean guitar and feedback squall. This is literally and figuratively the heart of the album; “Sleep” is a self-contained cosmos of sound, each moment a microcosm of beauty that pile together into a mountain. And at the lonely, exhilarating top those dueling, echoing vocals hit you again, strident and perfect.

The intro to “More Fiction” sounds as though it could have been pulled directly from Seattle’s nineties experimental band Sky Cries Mary’s first full length, A Return to the Inner Experience, a comparison that doesn’t bear through the full song but informs the emotion and personality of the entire EP. The groundwork of the band’s sound has plenty of depth, and yeah, there are underpinnings of goth. But again, there is an infectious quality of perseverance that shines through.

OPTIONS ends with its first single, titled “1964.” It is a song of loss and leaving, of stagnancy and change, and of a breakdown in communication. Again, as with “Sleep,” the music builds to huge, the driving beat, defiant guitar, and layers of electronic melody and low end sludge brewing along with frustrated lyrics. The bridge shimmers, Feinberg’s echoed repeats of Bradley’s “so now it feels like you want it: who cares how you got there?” hit like waves as synth bubbles all around. The words might be angry, but the music is pushing, pushing, pushing, almost as if in admiration for the one who has decided to go. This duality makes “1964” a stunner.

The themes of these songs run along a similar thread; OPTIONS is an apt name for this collection. Along with the exodus of “1964,” the tracks speak to mistakes, questioning whether “time was well spent, and your secrets well kept,” making your mind up, dreamless sleep and then what happens when you finally drift off, closing doors, and things being “more fiction than truth.” That Bradley, Evans, and Feinberg tackle these downer subjects and turn them into something life affirming, and do it well, is laudable. I Will Keep Your Ghost chooses to light and fight the way forward rather than cast a shadow on the future, and if OPTIONS is a harbringer, it is one of beauty through catharsis.

I Will Keep Your Ghost is celebrating their EP release day with a Seattle Secret Show, with Eastern Souvenirs supporting and Headwaves headlining. The venue (which is a secret until you purchase tickets) is described as a “sweet gallery space in the SoDo District.” You can purchase tickets via this link: Tickets. But act fast, as there are only a few left for sale and there likely won’t be any at the door. You can preview “1964” below to prepare for what promises to be a great show.

Christine Mitchell has been poring over album liner notes pretty much since she acquired the skill of reading, and figured out the basic structure of rock songs at an early age. Whether it’s the needle popping into the first groove of the record, the beeps that signal the beginning (or end) of a cassette tape, or digital numbers ticking off the seconds from zero, music brings Christine happiness, ponderous thought, opportunities for almost scientific study, and sometimes a few tears. When she started attending live shows two decades ago, a whole new piece of the puzzle clicked in and she has been hooked ever since.
Related ItemsBryan BradleyChristine MitchellDoug EvansFeatureI Will Keep Your GhostSarah FeinbergSeattle Secret Shows
← Previous Story Pussy Riot to hit Chop Suey
Next Story → An Evening Of Classic Heavy Metal at El Corazon