Thunderpussy: a labor of love 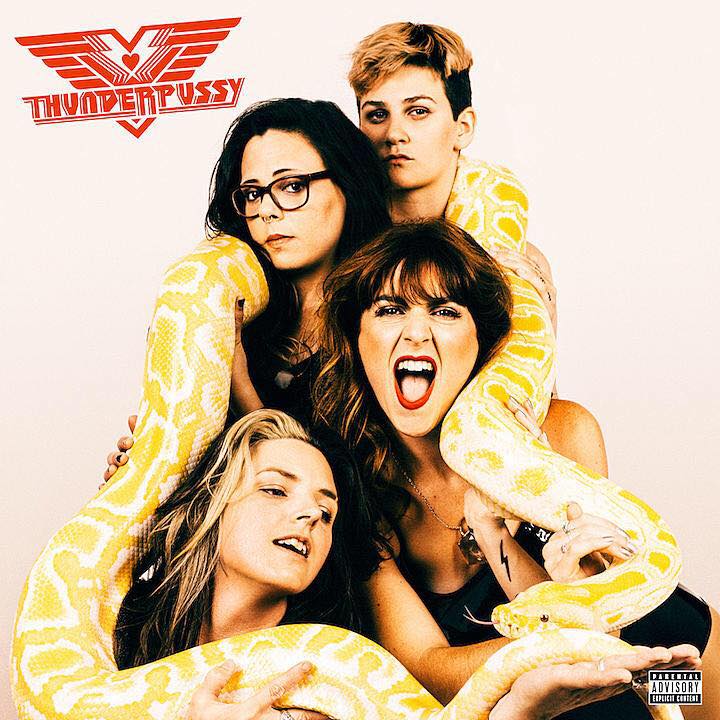 I truly hope that you’ve had the sublime experience of getting konked over the head, caveman style, by a band. Let’s admit it; it hurts so good. I’ve had it happen to me on more than one occasion, and, in the case of the rock and roll juggernaut that is Thunderpussy, I was taken almost from the band’s very inception. In the time between that fall of 2014 and the present, this band has become not just fascination but family. This fact pretty much precludes me from a fully objective review of Thunderpussy’s eponymous debut, but that’s okay. The more important fact is that anyone who has been waiting for this album is far from objective by now. They’re closer to frenzied dopers than reasonable human beings, and that’s okay, too. Thunderpussy is a high octane injection of rock n roll for all comers, whether fresh or familiar. It’s gonna get you off.

First things first: if anyone was worried that the recording process would sand the gritty edges off of Thunderpussy’s eruptive live sound, they can chill out right meow. Thunderpussy fizzes and fuzzes from tip to toes, whether it’s coming from Whitney Petty’s growling Les Paul or the distorted vocal from Molly Sides’ vintage mic. Sylvia Massy’s (Tom Petty, Johnny Cash, Tool) production on this album is fat: the songs come out of the speakers fleshy and full of breath. Ruby Dunphy’s drums sound alive in the air and Leah Julius’ bass oozes and pushes many a track along like an unstoppable Hawaiian lava flow; in fact, the absence of stage antics serves to shine a spotlight on Julius’ masterful contribution to the band’s sound.

The tracklisting for Thunderpussy ranges through the band’s four years’ worth of material. Some of their oldest and best loved songs, such as “Pick It Up” and “Fever” cozy right on up to comparatively new tracks like “Torpedo Love” (first played live in January 2018) and the understated, soulful closer “Young & Pure.” This scope of the band’s work is one of the things that makes this album worth the wait: Thunderpussy has matured in their songwriting. Sides’ lyrics have morphed from tongue in cheek sassiness to the joys, complexities, and lows of being in a relationsip. Thunderpussy is not a one trick party pussy. They’re intelligent, rock master pussiez. The sequencing is perfect, with the front end all headlong rock that dives down into more complex, introspective offerings before coming up with a gasp (or twelve) with their innuendo-laden theme song “Thunderpussy” and winding down with the aforementioned “Young & Pure.”

Still, you might ask the question of whether it’s worth purchasing the album when you could just catch Thunderpussy live. So I’ll list out a few things you’d miss out on: 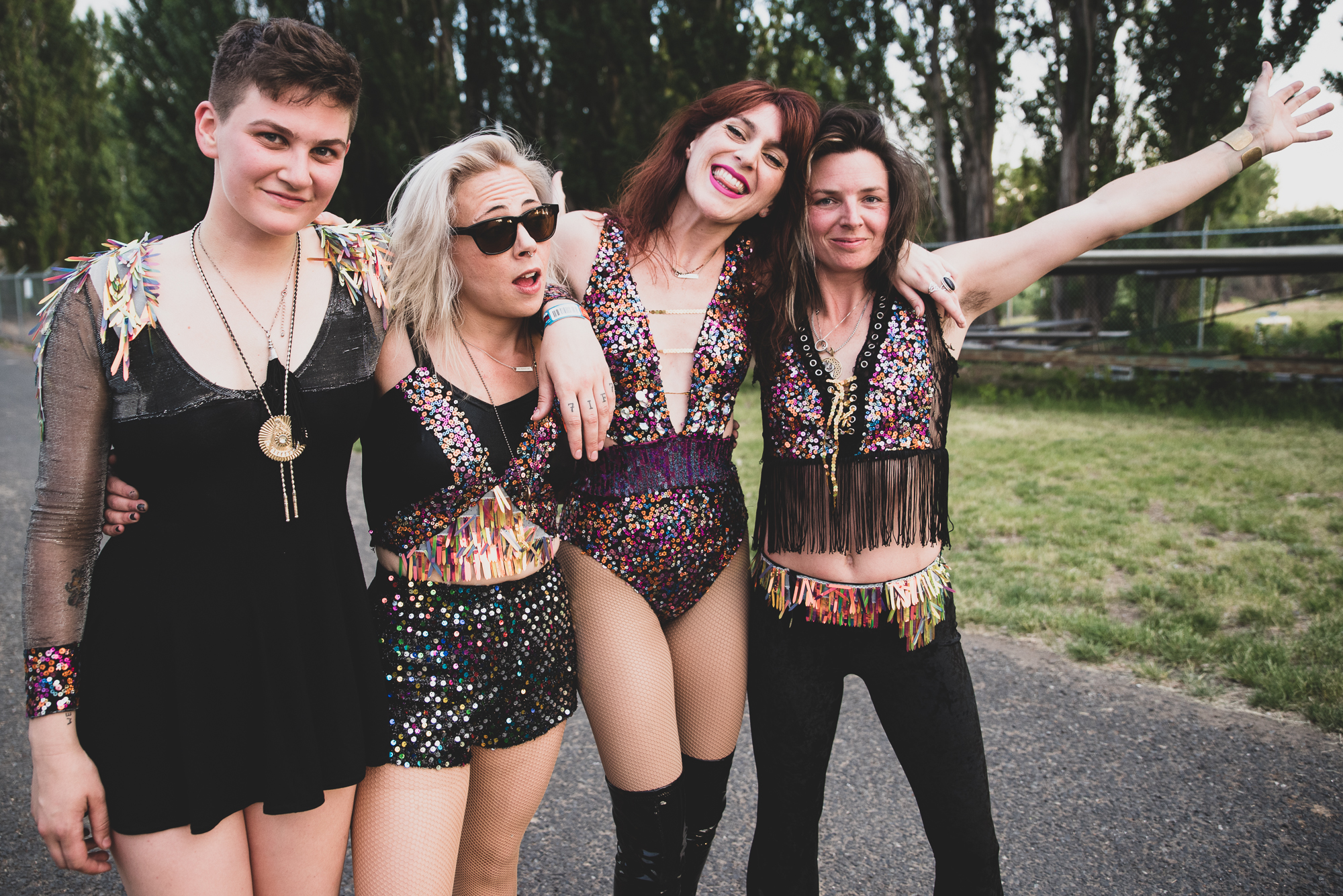 I’m not going to bore you with the whole “rock is not dead” baloney. That phrase is an insult to the intelligence of anyone who attends local music shows in any given town on the planet. Thunderpussy is a testament to what can happen when four talented, creative musicians do everything right and in its own time, though it’s been a long time coming. I’ve been able to watch it grow, and I’m very, very humbled and proud to have been a fly on the wall.

Christine Mitchell has been poring over album liner notes pretty much since she acquired the skill of reading, and figured out the basic structure of rock songs at an early age. Whether it’s the needle popping into the first groove of the record, the beeps that signal the beginning (or end) of a cassette tape, or digital numbers ticking off the seconds from zero, music brings Christine happiness, ponderous thought, opportunities for almost scientific study, and sometimes a few tears. When she started attending live shows two decades ago, a whole new piece of the puzzle clicked in and she has been hooked ever since.
Related ItemsArtist SpotlightChristine MitchellFeatureThunderpussy
← Previous Story Blacktop Mojo Makes Their Way To The West Coast
Next Story → SASQUATCH FESTIVAL 2018 | SUNDAY IN PHOTOS