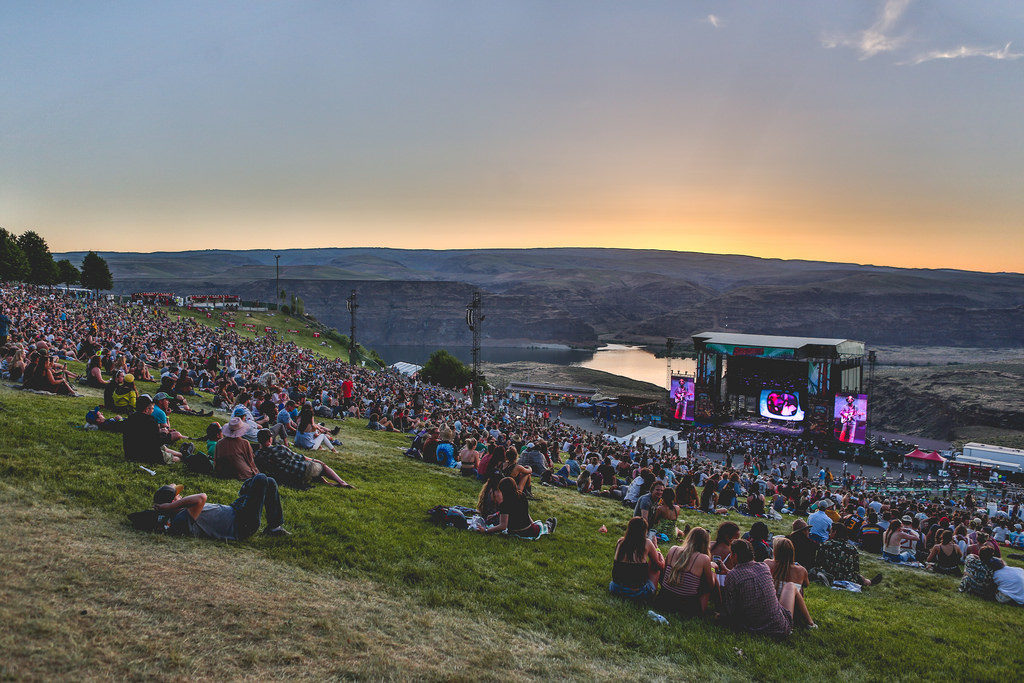 I had intended on writing a regular ol’ Sasquatch recap, with the highlights from this year’s festival, maybe some reminiscing, and a little social commentary for good measure. But that’s not what this is going to be.

Well that’s just fine and dandy isn’t it? I’ll admit, I’m heartbroken. I have attended Sasquatch since 2009. I started covering the festival for music blogs in 2010. That’s 10 years of going, and 9 years of photos. That’s a lot of photos. Probably close to 100,000 if I’m estimating correctly. In 2009, a couple of undoubtedly intoxicated people had sex on the hillside next to the main stage during The Decemberists “The Wanting Comes in Waves.” I never found out what happened to those two….

One time, Sasquatch organizers thought it would be a good idea to try to do two completely different weekends, one over 4th of July. We all remember how that turned out, right?

A few years back, a young man drove his car through general camping, or as we lovingly call it now, “District 9.”

Two years ago, wind delayed the main stage for close to 8 hours, causing many bands to either move to a different stage, a different day, or completely cancel altogether (Frightened Rabbit was unfortunately one of those bands that had to cancel).

All of these memories make up a complex web of stories that have shaped my last 10 years of attending the festival. I just wish that story had gone on forever. But times change.

It was obvious this year that the festival budget was lower than prior years. Stages were smaller, and pushed closer to walkways to squish everything together. Food trucks were few and far between. Comics were completely left out of the lineup, and the dance tent had some of the same DJs spinning each night. It was noticeable. Attendance was low. But there was one thing that stood out about 2018 – it felt like the old days. It felt like 2010 again. The music went back to the indie rock roots of what the festival started with. While last year boasted Top 40 headliners Chance the Rapper and 21 Pilots (the latter of which was met with much criticism from people my age), this year, we had Dad Rock to the max with David Byrne, The National, Bon Iver, and Modest Mouse. It was my jam. Now with a month of hindsight and the announcement, I wonder if they decided on this lineup so that Sasquatch could end the same way it began – with rock and alternative at the forefront. I don’t know. I don’t have a key to Adam Zacks’ brain.

I wouldn’t say that this year’s lineup was the best (that belongs to 2013 and 2015 in my humble opinion) but it was pretty damn good. Besides the main stage headliners, the smaller stages had KILLER acts. Perfume Genius was pure genius. Typhoon closed out the Yeti Stage and absolutely destroyed, in the best way possible. Tyler the Creator put on one hell of a set. Phoebe Bridgers is like a perfect goth land mermaid of a person. Japanese Breakfast and Charly Bliss were beams of joy and light and I couldn’t get their music out of my head for a week. Lizzo needs to run for office, and I would vote for her a million times. Shakey Graves gets the awards for Best Cowboy Hat and Most Charming Smile. Tash Sultana managed to make jamming on stage without many actual songs really cool. White Reaper solidified themselves as one of my new favorite bands, and Thunderpussy got to celebrate the release of their debut album with the most wonderful, loving crowd. I could go one for paragraphs and paragraphs about each band, but it’s always proven to be the sum of the parts that makes Sasquatch so great. You could have one stellar band and the rest could be hot garbage, and the festival would still not be hot garbage. We’ve had hot festivals (shout out to last year’s complete lack of rain or wind) but never hot garbage. That’s what makes this so difficult to stomach.

Music taste changes. People get older. The crowd this year was at least 10 years older on average than last year’s crowd for sure. People get married, have kids, settle down and don’t do festivals as much. And young people are either too broke to go to festivals out in the middle of nowhere, or if they aren’t too broke they decide to fly down for Coachella or opt for festivals closer to home with different kinds of music. The youths (yes I said youths, I’m 29, I’m allowed to now) don’t listen to the same music I did when I was 19. They like more hip hop, electronic, rap, dance, and synth pop. I mean rock and roll will never die – it’s like Ruth Bader Ginsburg – but it’s definitely not in it’s prime when it comes to the mainstream anymore. So while I loved the lineup and most people who did attend this year’s Sasquatch loved it, there just weren’t enough people to warrant another year, unfortunately.

While I’m sure money was tight, I heard so many people, including new and young photographers, say that this was the best festival they’d been to. They looked forward to coming back. That’s what hurts the most. While I’ve gotten a lifetime of stories and experiences in the last 10 years, 2018 was some people’s first Sasquatch. Some people decided not to go in favor of “waiting until next year.” There won’t be a “next year.” That sucks.

It’s a huge loss for the music community, not only our local one, but for the Canadian bands that rarely get to play in the States. All we gotta do now is make sure those bands get invited to the smaller festivals around the area. And while it’s going to take awhile to accept this one – I’m currently making my way through the stages of grief – I do want to thank Adam Zacks for giving us the 17 years that he did. For some of us, Sasquatch has been more than just a festival. I know people that met their significant others at Sasquatch. I found some of my favorite bands there. I learned how to be a good concert photographer, and I met some of my biggest inspirations at Sasquatch, and made some amazing friends. I do consider myself a huge sap, so I will end this accordingly. Sasquatch Festival – I’ve loved you for a long time. We could say that we were going steady, and I thought we were in it for the long haul. I was ready to commit. But, things change. I guess it really is better to have loved and lost, than to have never loved at all.

Sasquatch, we had a good run. Catch ya on the flip side. 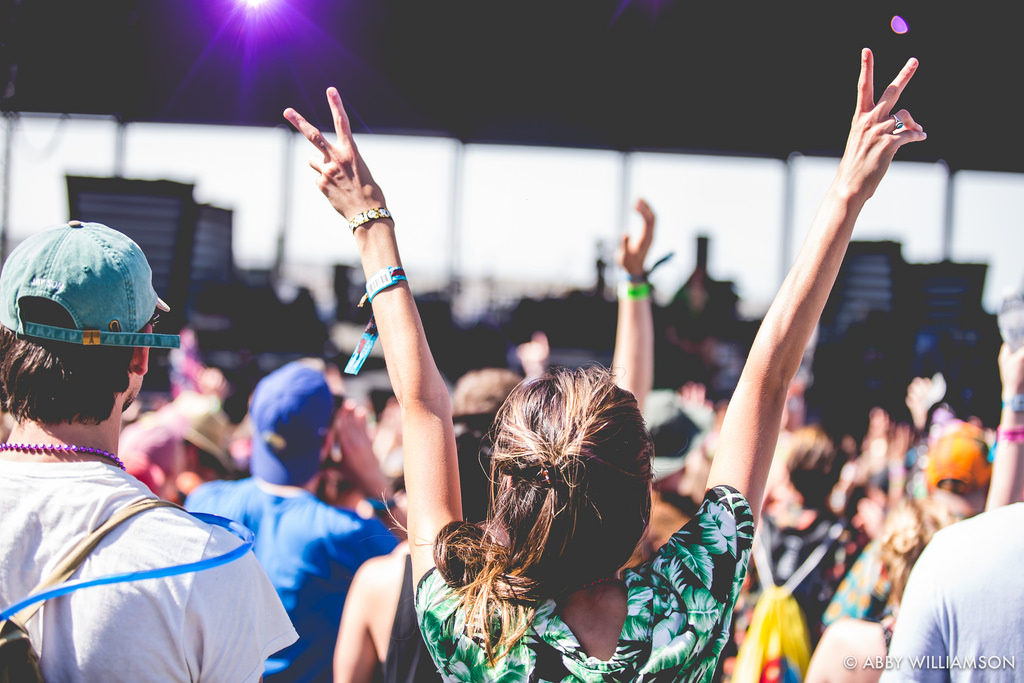 Abby Williamson is a photographer, writer, and video blogger with a passion for live music – especially the local scene. She recently moved to Seattle after commuting from Gig Harbor for shows an average of once a week for five years, so she’s happy to not have to drive as much and photograph even more concerts! When she’s not elbowing her way up to the front row at a show or sorting through thousands of photos of those shows, Abby also does freelance wedding photography, all the while cultivating a decent-sized following on YouTube. Abby has contributed to several music blogs over the last five years (and she’s really excited to join the SMI team!), and has been published in at least one album booklet for the band, Someone Still Loves You Boris Yeltsin. She would like people to know that while music photography and writing is a huge passion in her life – she is a fan first, photographer second.
Related ItemsAbby WilliamsonAdam ZacksBon Ivercharly blissDavid Byrneend of sasquatchFeaturegorge amphitheatergorge amphitheatrejapanese breakfastlivenationLizzoPerfume Geniusphoebe bridgersReviewsasquatch festivalSasquatch! Music Festivalshakey gravestash sultanaThe NationalThunderpussytyler the creatortyphoon
← Previous Story SASQUATCH FESTIVAL 2018 | SUNDAY IN PHOTOS
Next Story → VIDEO PREMIERE: ASTERHO– USE – Mother Nature