‘Garbage People’: An Interview With Wimps On Their New Record 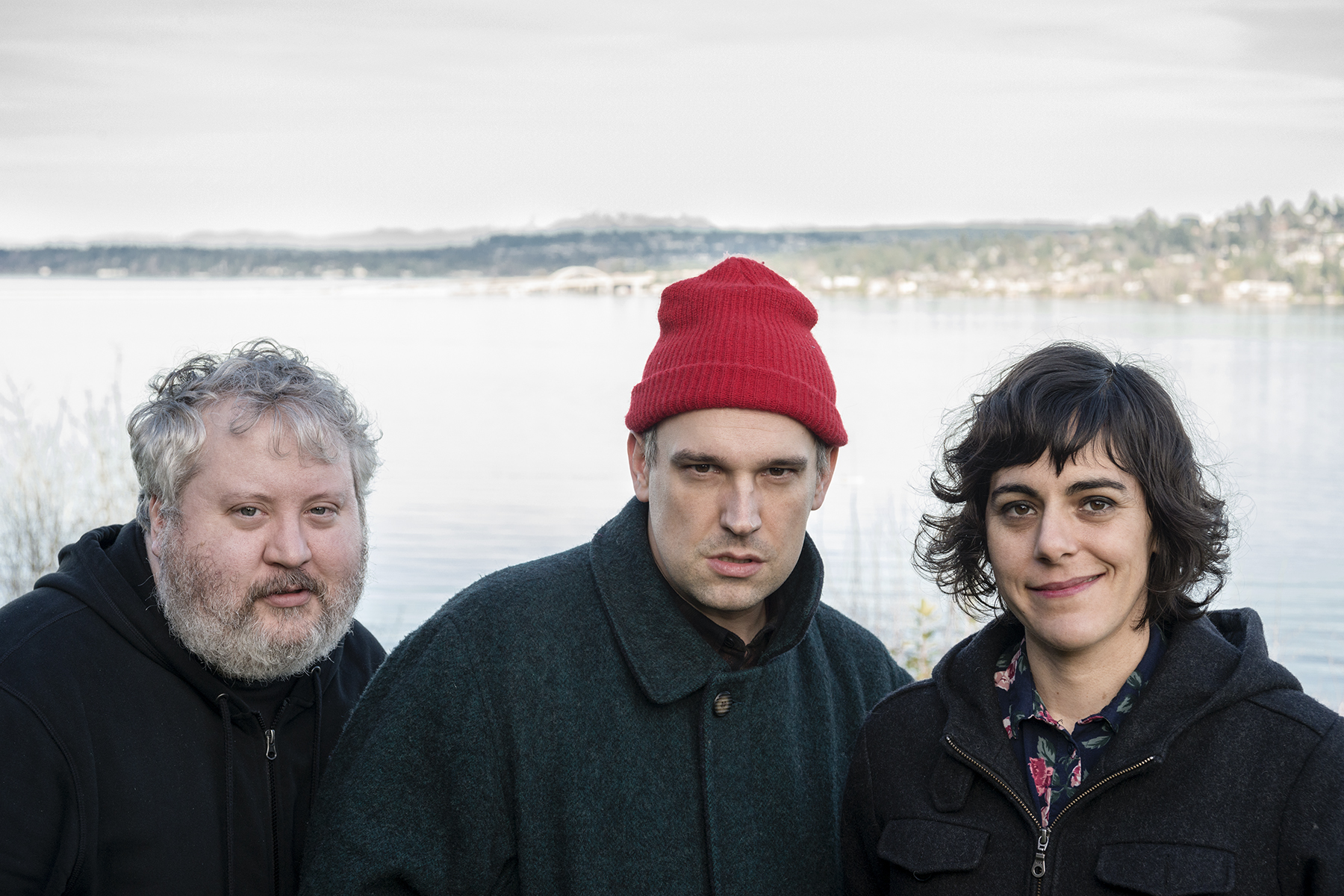 Seattle’s beloved punk trio, Wimps, have worked hard to earn their status as a legendary Pacific Northwest band; a reliable cornerstone to the city’s spiraling, saturated rock scene, Wimps utilize whip-fast, catchy songs to drive forward a unique punk mentality toward the often-mundane (but sometimes deadly serious) aspects of daily life. SMI’s Paddy Moran reached out to Rachel Ratner, Matt Nyce, and Dave Ramm in the days before their new record, ‘Garbage People’, is set to drop (out on July 13th via Kill Rock Stars, if you haven’t been paying attention), to suss out their feelings on the new tracks, how their process works, and a little about the meanings or inspirations behind some of the songs on this latest release:

How long did you spend on the writing portion of this record?
We spent about a year, on and off, writing songs in between work and touring and life and a few months of being depressed about election results. By the time we recorded we had about 20 songs.
What is your songwriting process like? Does writing ever occur in the studio, during the recording process?
It can vary, but typically Rachel will come up with the general song idea and structure, and then we’d work it out in practice, Dave adding the drums and Matt adding his bass lines. The songs would be almost fully formed by the time we went to record, however we gave ourselves some extra space to play with vocal harmonies and instrumentation.
Were there any particularly rewarding moments during the recording and mixing process of this record? Did anything specific happen that was frustrating or stressful?
Usually we record an entire album in a weekend, but this time, we recorded it over a handful of weekends spread throughout last summer. This gave us more time to listen back to a song, and think of arrangements, which was really fun. It also gave us a little flexibility if we wanted to try something again. The first weekend we recorded, there had been crazy wild fires in Vancouver which filled the air with smoke. It made Rachel’s voice sound like Marge Simpson and being able to come back and fix the vocals in the next session was pretty sweet.
One unexpected surprise was how cool Rachel’s old Moog sounded on Giant Brain, it really set the tone for how we mixed the rest of the record. Another was Gabi Page-Fort‘s (Tissue, Dragon, Stickers) shredding guest sax solos.
Were there any songs that didn’t make the cut for Garbage People?
Yes, we wrote a bunch of extra songs and then we all voted on our favorite 10 and the ones with the most votes made it onto the record. There were some great ones the will come out at a later date, that include: One Million Crushes, One Million Flushes, Weird Weird World, and Living at Home.
Were there any elements in particular that set this new record apart from older releases to you, either conceptually or musically?
In addition to intentionally spending a little more time writing and recording, and spicing up the arrangements, I’d say conceptually this album has a little more depth. We were all pretty taken aback by the insane political climate of the past year, and while we didn’t set out to write a political record, some of those themes couldn’t help but seep into our songwriting.
What are your personal favorite songs on Garbage People?
The ones we chose for the record are ones we all agreed on – I think we like different ones for different reasons. OPP is great because it’s the first song our drummer Dave sings on. Mope Around is a bit of a departure in that it’s slower and more guitar-lead heavy, Garbage People is a pretty solid punk song and [we’re] proud of how the lyrics of Giant Brain and Baggage turned out.
You manage to make it out of Seattle to play pretty often! Have you had certain cities outside of Seattle that you’ve enjoyed most, either as a performer on stage or as a traveler?
One of our favorite things about being in a band is getting to travel to new places and meet new people. We love going to New York because we have friends and family there (and it has the best pizza and bagels), the breakfast tacos in Austin are #1, and San Diego burritos can’t be beat. Did we mention we like snacks? What [we] like is that no matter where you go, there’s always open minded punks who are making and supporting art, and that’s uplifting.
Who is the most garbage person in your world today, besides Donald Trump?
[We] would have to say Donald Trump. Or Scott Pruitt. Or Betsy Devos, or Sarah Sanders, or the Koch brothers. Or everyone on Fox and Friends. Or people that have benefited from the current social order that don’t speak up, take action and vote when they see things happening around them that are inhumane. Wait, did [we] already say Donald Trump? Please vote in the upcoming midterms if you are able to. It matters.
What is your opinion on dessert pizza?
I’m not against it. If I was at a party and it was there, I’d eat it. But I wouldn’t go out of my way to order it. (Note: Dave is against it) (Writer’s note: it is still a mystery to this day exactly which member of Wimps isn’t against dessert pizza. We may never know)
How do you build a giant brain?
First you connect everyone via the internet, and then fill it with algorithms and machine learning until it slowly starts gaining control of people’s ideas, and isolating them from each other so they don’t know what’s going on or see the larger picture. Then pow, you’re in control.
Pow, you’re in control – have any truer words even been spoken? We think, “definitely not.” Take control of your own life (pow) and get down to Clock-Out Lounge on Saturday, July 14th to celebrate the Seattle release of ‘Garbage People’. Don’t miss the openers, either – The Fabulous Downey Brothers are sure to pack a wallop, and Everett’s Sleepover Club remain one of the best new punk bands in Western Washington today (see our review of ‘My Other Dad Is Your Ride’ here). Portland can catch Wimps on their bona fide release day on Friday, July 13th at Mississippi Studios with The Ghost Ease and Mope Grooves. Pre-order Wimps’ new record here.

Paddy Moran is an active musician and participant in the bustling Seattle music scene. When not discussing his extreme distaste for eggs (any style), Paddy can usually be found fumbling around, looking for lost personal items and accoutrements. Have you seen his backpack? It was right here a minute ago; someone must have moved it. In his personal life, Paddy requires almost constant, near-24/7 audial stimulation, which explains both his undying love for new music and why he won't just stop talking already. Oh, there's my backpack. I mean his.
Related Itemsclock-out loungedave rammFabulous Downey BrothersFeaturegabi page-fortgarbage peopleghost easekill rock starsmatt nycemississippi studiosmope groovesnathan palacePaddy MoranPortlandrachel ratnerSleepover Clubwimps
← Previous Story VIDEO PREMIERE: ASTERHO– USE – Mother Nature
Next Story → Strawberry Mountain Shares “Double Summits”