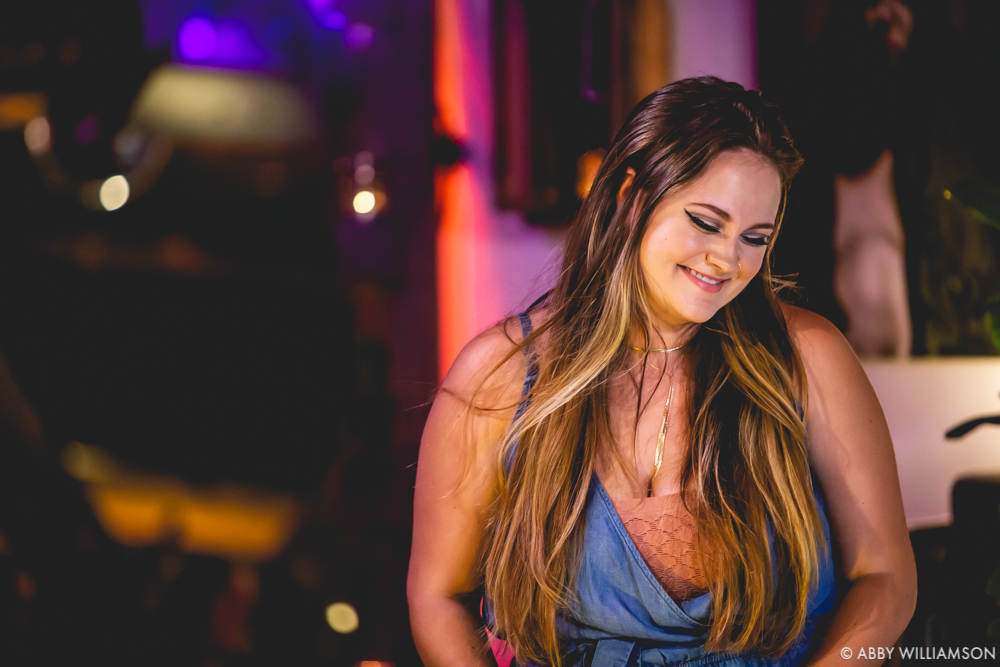 Not more than one full week after their huge 10-year anniversary extravaganza, the Watt sisters of Seattle Living Room Shows put on a killer show with the stellar vocalist and songwriter Suzy Jones and the brand spankin’ new band Jack & The Bones.

Suzy Jones brought so much soul to her performance and her charm fit perfectly into the intimate, listening room environment. Her stature may be short, but her voice went through the roof (literally because there was a skylight in the loft where it was held).

While Jack & The Bones as a duo is really really new, the pair Amelia Hammer Harris and Taylor John Williams met while they were both auditioning for American Idol recently, and when things didn’t go as expected, they decided to join forces and write together. They were a great pair, and again, their charm fit the room.

For more information on Seattle Living Room Shows, get on the list at http://seattlelivingroomshows.com/

Abby Williamson is a photographer, writer, and video blogger with a passion for live music – especially the local scene. She recently moved to Seattle after commuting from Gig Harbor for shows an average of once a week for five years, so she’s happy to not have to drive as much and photograph even more concerts! When she’s not elbowing her way up to the front row at a show or sorting through thousands of photos of those shows, Abby also does freelance wedding photography, all the while cultivating a decent-sized following on YouTube. Abby has contributed to several music blogs over the last five years (and she’s really excited to join the SMI team!), and has been published in at least one album booklet for the band, Someone Still Loves You Boris Yeltsin. She would like people to know that while music photography and writing is a huge passion in her life – she is a fan first, photographer second.
Related ItemsAbby Williamsonconcert reviewFeaturejack and the bonesReviewSeattle Living Room ShowsSeattle Secret Showssuzy joneswatt sisters
← Previous Story Brooke Annibale Brings Her Heartfelt Pop To Seattle
Next Story → Car Seat Headrest, Kyle Craft, Thao Nguyen and MORE at Timber Outdoor Music Festival