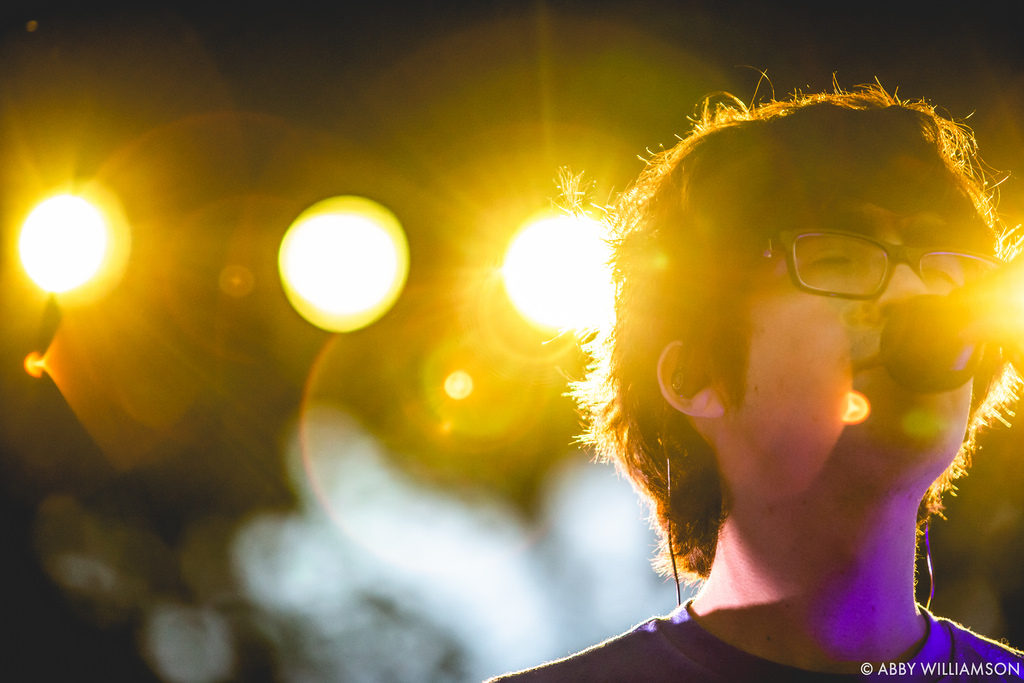 This year’s Timber Outdoor Music Festival was the second one I’d ever attended, and after those few days, it looked like the start of a long and loving relationship. After all, I needed to fill the Sasquatch-sized hole in my heart. Timber is now on its way to doing that.

With killer headliners Kyle Craft and Car Seat Headrest on deck, it was bound to be a good time. But the lower-billed artists were just as impressive! Ruler, Beverly Crusher and Brothers from Another brought the mid-afternoon fun. Industrial Revelation had a fantastic set themselves, but it was made all that much better when Northwest Tap Connection joined them on stage for a performance that you had to see to believe. It was truly electric, in the most acoustic form of the word. Vancouverites Douse played their first festival in the stages, and they were by far the most creative with the merch they stocked – pins, CDs, albums, cassettes, t-shirts, stickers, patches, and handmade soap, courtesy of singer and guitar Alea Clark who made a hobby into a side business.

Thao Nguyen played solo on the intimate Campfire Stage Friday night, and you could have heard a pin drop it was so quiet. No pins were dropped, but her pedal steel did fall off its stand at one point when her stomping became too ferocious for the modest stage. Thao might have been my favorite performance – she looped songs seamlessly throughout the whole set.

“I got to ride in the back of my first pickup truck today. I felt like Tim McGraw!” she exclaimed during a particular tuning lull. She’s great. I love her.

But perhaps the highlight of the whole weekend for me was the double header of Naked Giants and Car Seat Headrest. I only recently found out that Car Seat had essentially absorbed Naked Giants into their band, so it’s a big ol’ seven-piece supergroup. So Naked Giants played a crazy set full of vigor, took a break, then came back up on stage to play another full set with Car Seat Headrest. Oh to be young and full of energy again. Those dudes absolutely killed it! All seven of them! And the crowd was so stoked on everything, it was awesome. People were dancing, preteens and adults alike! There was even a group of three ten year olds who were so proud that they made their way up to the front of the stage. You don’t get to see that at just any festival.

Timber really is one of those magical events that families are able to bring their kiddos and they feel safe enough to run around on their own. They can go from jungle gym to right up front for the headlining band. It warms my cold almost-30-year-old heart.

Timberfest, you’re one of the good ones. Artist Home, you keep doing you. We’ll stick around as long as you’ll have us.

Abby Williamson is a photographer, writer, and video blogger with a passion for live music – especially the local scene. She recently moved to Seattle after commuting from Gig Harbor for shows an average of once a week for five years, so she’s happy to not have to drive as much and photograph even more concerts! When she’s not elbowing her way up to the front row at a show or sorting through thousands of photos of those shows, Abby also does freelance wedding photography, all the while cultivating a decent-sized following on YouTube. Abby has contributed to several music blogs over the last five years (and she’s really excited to join the SMI team!), and has been published in at least one album booklet for the band, Someone Still Loves You Boris Yeltsin. She would like people to know that while music photography and writing is a huge passion in her life – she is a fan first, photographer second.
Related ItemsAbby WilliamsonArtist Homebrothers from anotherCar Seat HeadrestcarnationCourtney Marie AndrewsCumulusdouseFeatureFestivalgianni aiellohenry lavalleeindustrial relevationKyle CraftMusic FestivalNaked GiantsNW Tap ConnectionPolyrhythmicsReviewRulershenandoah davisthao nguyentimber festTimber Outdoor Music FestivalTimber!tolt macdonald parkwill toledo
← Previous Story Suzy Jones and Jack & The Bones for Seattle Living Room Shows
Next Story → Preview: Now, Now At The Crocodile