By Christine Mitchell on August 1, 2018@Housetornado37 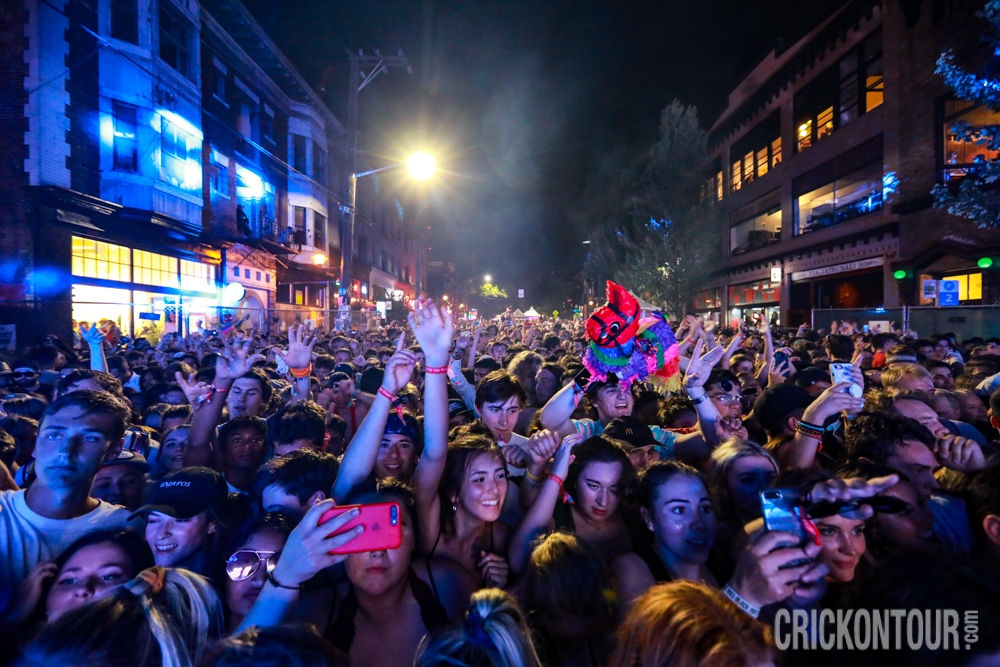 Perhaps by now it’s fading into a hazy, sweaty memory, but CHBP (Capitol Hill Block Party for the long-formers) just happened. It was that weekend that made everyone’s skin a tone or two darker and made permanent sandal marks on your feet, or a sock line if you’re sensitive. Or who knows, maybe you were wearing a onesie, if you felt like getting heatstroke. ANYWAY.

Friday kicked off as Fridays at CHBP always do: a little later and a little more maxxed and relaxed after a muggy workweek. Dude York happily took on the task of making a late afternoon ruckus worthy of drawing folks in to begin the fest. Monsterwatch took it from there from inside of Neumos, gathering quite the crowd of their own as John Spinney and co. feverishly attacked their way through a set of songs seemingly soaked in radioactive waste (in a good way).

Down in Barboza, The Morning After kicked butt most ferociously, and, later on, The Black Tones made mincemeat of the air conditioning in the dark basement room as their feverish rock and roll boiled over onto their fans. Back out on the main stage, the crowd built to the likes of Sam Lachow followed by Sol as the actual sun sank into the west. By the end of the night, the festival seemed more packed than it had ever been on any other lead off day in remembrance. It must have been because of Dillon Francis. The pinata. The screaming fans, phones held aloft. As streamers shot from the stage floated on warm drafts of summer air, you could tell that CHBP was off to a great start.

Check out our photo coverage below and reminisce. Saturday and Sunday’s coverage of CHBP is coming soon!

Christine Mitchell has been poring over album liner notes pretty much since she acquired the skill of reading, and figured out the basic structure of rock songs at an early age. Whether it’s the needle popping into the first groove of the record, the beeps that signal the beginning (or end) of a cassette tape, or digital numbers ticking off the seconds from zero, music brings Christine happiness, ponderous thought, opportunities for almost scientific study, and sometimes a few tears. When she started attending live shows two decades ago, a whole new piece of the puzzle clicked in and she has been hooked ever since.
Related ItemsAlex CrickCapitol Hill Block PartyCHBPChristine MitchellDillon FrancisDude YorkFeatureMonsterwatchSam Lachowthe black tonesThe Morning AfterThe Ramblin' Years
← Previous Story Preview: Now, Now At The Crocodile
Next Story → Now, Now and WENS at The Crocodile