Home / Reviews / Now, Now and WENS at The Crocodile

Now, Now and WENS at The Crocodile

By Hanna Stevens on August 5, 2018@hypersparks_ 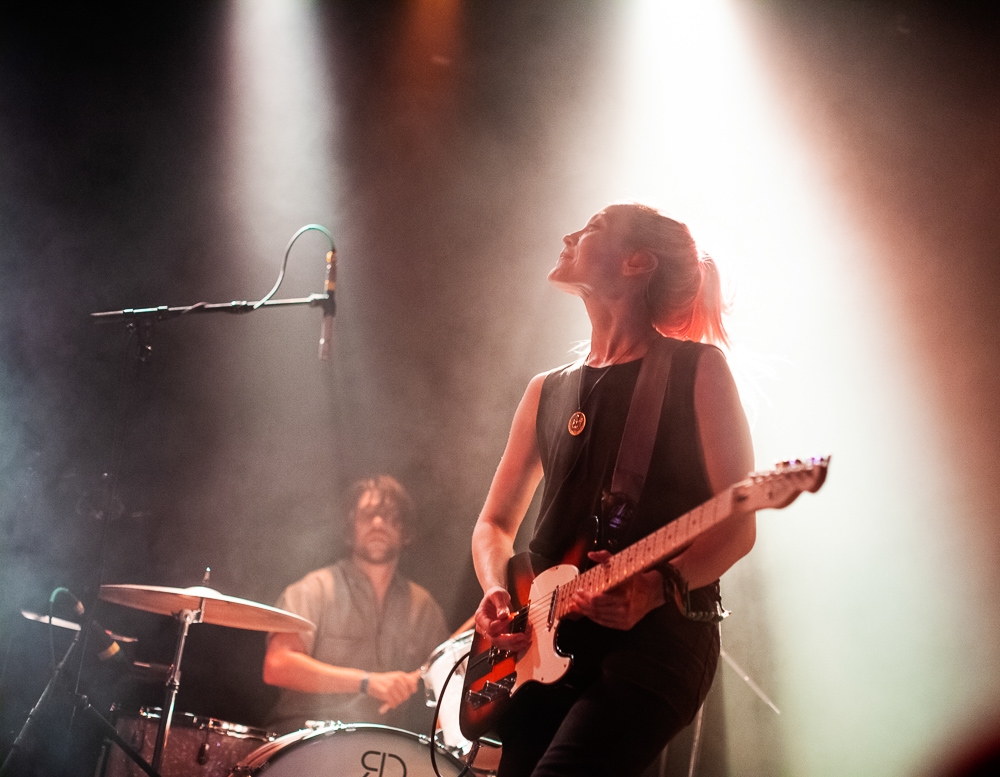 By Branden Clarke and Hanna Stevens on August 5, 2018

When the house music halted at 8pm and LA-based artist WENS took the stage, it quickly became apparent that the colloquialism of “opening band” did not apply. Sweeping sawtooth pads fainting back onto a dope duvet of galloping electronic percussion were accentuated tastefully by an unnamed acoustic drummer. WENS’ calculated belting of breathy vocals effortlessly captivated all within earshot, Sia siren songs heard by a stowaway audience washed onto the banks of Banks. The familial pact of performers solidified as Now, Now danced in the crowd with a certain carefree adolescent bliss.

WENS, who would turn 20 the following day, released her debut EP, That Really Long Night, in July. She introduced her song Bottles, the final track of that release, by raising her bottled water and informing the crowd that she’s a minor. Song segues showed the intimate playfulness of an up-and-coming multi-instrumentalist, though her vocal control, range, and emphatic delivery emanated the confidence of a seasoned performer.

After a brief intermission for the crowd of people perspiring to mingle, anticipation was soon satiated as the second and final act of the night came to fruition. Now, Now surfed a shoegazed dream-wave of nostalgia, vocal hooks endlessly ebbing and flowing. Teenage angst was interwoven into an undeniably emotional epitome of musical maturity.

Dalager and drummer Brad Hale formed the band as schoolmates in Minnesota in the early 2000s. They released their third full length album, Saved, this year after not having released new music for six years.

Now, Now frequently expressed overwhelming gratitude toward the audience, and to one audience member in particular: Dalager’s mother, who had flown to Seattle from Minnesota for the show. Dalager said, “I wouldn’t be here without my mom. Thank you for allowing me to pursue my dream of music.”

Long-time fans sang along throughout the set, which culminated with “Thread”, a track off their 2012 album Threads. Dalager and Hale returned for an encore with a stripped-down version of “But I Do,” the chorus somehow more powerful than the studio recording.

The full band reconvened to close out the night with “P0WDER.” During the outro, Dalager jumped into the crowd, singing “Crush me up into a powder, take me away like the wind…” The audience had morphed into a static cyclone around her by the time she collapsed onto the venue floor. Her final plea drifted away in reverberated textures: “Loving me, baby, is easy; where do I begin?”

Hanna Stevens is a musician and photographer from Indianola, WA who now lives, works, and plays in Seattle. Music and photography create the framework for Hanna’s life. Her intention is to create community through music and art, and she is thankful for the chance to do so for SMI.
Related ItemsFeatureHanna StevensNow NowThe CrocodileWens
← Previous Story Friday at CHBP ’18: Warm & Wooly
Next Story → A traitor’s view of Bad Optics