By Christine Mitchell on September 11, 2018@Housetornado37 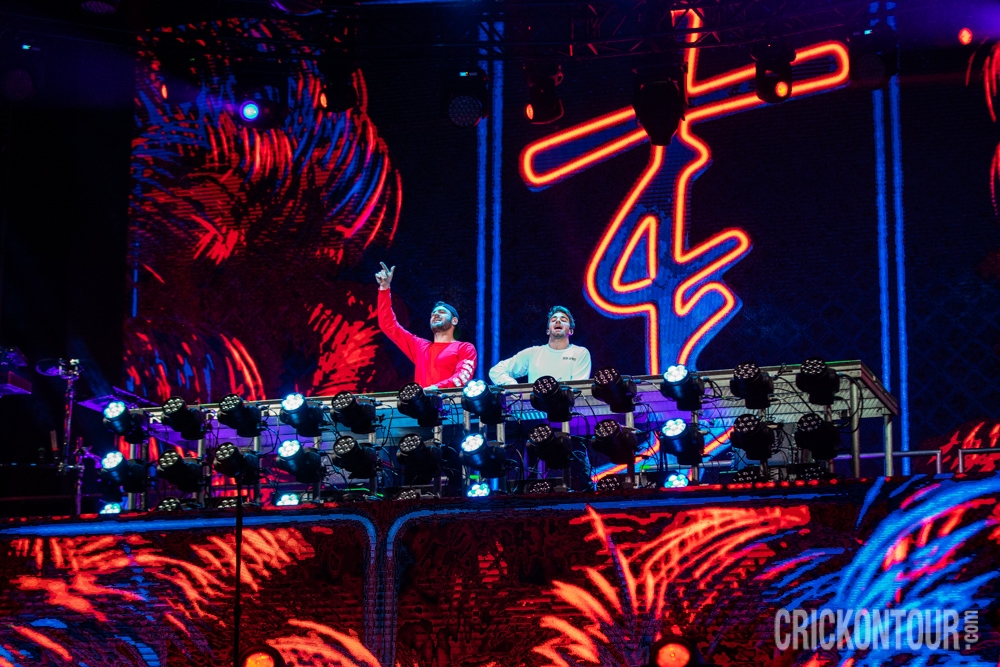 The Chainsmokers at Bumbershoot (Photo by Alex Crick)

Bumbershoot, Seattle’s beloved, decades-long music festival had yet another iteration over Labor Day weekend. It kicked off on Friday afternoon, with performances from global artists such as Lil Wayne, The Chainsmokers, and Xie along with great local bands like DoNormaal and Gifted Gab. The festival, contained in the footprint of the Seattle Center, definitely got off to a great start.

There were a few changes to this year’s Bumbershoot. KeyArena did not house EDM artists as it has for the past few years and the Silent Disco moved from MoPOP’s Sky Church to the Chihuly Glass Garden. But some things never change. The Space Needle (with new glass floor) presided over all, from Yogashoot to the crowds ebbing and flowing from the Fisher Green Stage to Memorial Stadium and the Mural Amphitheatre. Bumbershoot is truly Seattle’s festival.

SMI photographer Alex Crick was on hand to capture the day’s vibe, from the music to the crowd.

Christine Mitchell has been poring over album liner notes pretty much since she acquired the skill of reading, and figured out the basic structure of rock songs at an early age. Whether it’s the needle popping into the first groove of the record, the beeps that signal the beginning (or end) of a cassette tape, or digital numbers ticking off the seconds from zero, music brings Christine happiness, ponderous thought, opportunities for almost scientific study, and sometimes a few tears. When she started attending live shows two decades ago, a whole new piece of the puzzle clicked in and she has been hooked ever since.
Related ItemsAlex CrickBumbershootDoNormaalDuckwrthFeatureGifted GabGriffynHobo JohnsonLil WayneThe ChainsmokersXie
← Previous Story #SMIontour: Pearl Jam at Fenway
Next Story → Grizzled Mighty, Actionesse do Band In Seattle