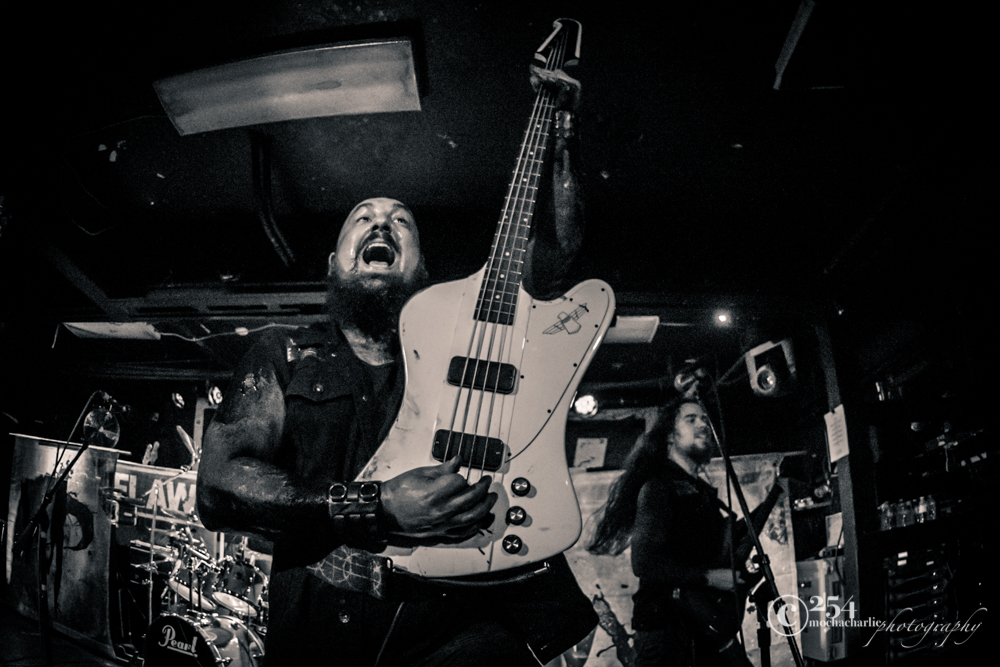 After finalizing their latest lineup earlier this summer, and playing three local gigs in and around Los Angeles, (where the band is based out of), Worldwide Panic was asked to join Flaw for just over a dozen dates on their nationwide tour, dubbed The Flawless Smile Tour. Lane Steele (Bass/Vocals), George Patmas (Lead Guitar), George Gutierrez (Rhythm Guitar) & Francis Cassol (Drums) had no idea everything would happen so fast.

As potentially unprepared for their first national tour as the band was, they were in sync and ready to party. Coincidentally, the video for their latest single, aptly named “Party,” was released just two days prior to tour, and has been seeing a steady increase of views with each city they play in. This is quite a huge break for the band, and every show counts. Needless to say, they’ve never played the venues they’re getting the this time around and they are making every minute memorable. The band members have a great attitude on stage, and bringing in fans to the venues is something that they take great pride in. They’re settling in quite nicely, enjoying playing pranks on bandmates, strengthening their comaraderie both on and off stage. They owned the stage at El Corazon this week, (a homecoming show, you might say, for Steele as he grew up in Bellevue, and this was his first time back in the Pacific Northwest in 17 years), and they rocked everyone’s socks off. Worldwide Panic is still only a few dates in on the tour, and frontman, Lane Steele, is already saying, “This is the best tour ever!!!!!!”

Mocha Charlie is an amazing photographer who has a real passion for music. She covers and shoots several shows per month in and around the region. She a brilliant photo journalist but most importantly, she is also a mother who does her best to balance out her life and live it to the fullest. Mocha Charlie uses her passion and talent to support the community, her friends and family any way that she can.
Related ItemsEl CorazonFeatureMocha Charliephoto galleryShow ReviewWorldwide Panic
← Previous Story Saving the Showbox: A Seattle Story
Next Story → Dropkick Murphys and Flogging Molly are ready to rock WaMu