New Video: The Requisite’s “Tell Me”

By Christine Mitchell on October 12, 2018@Housetornado37 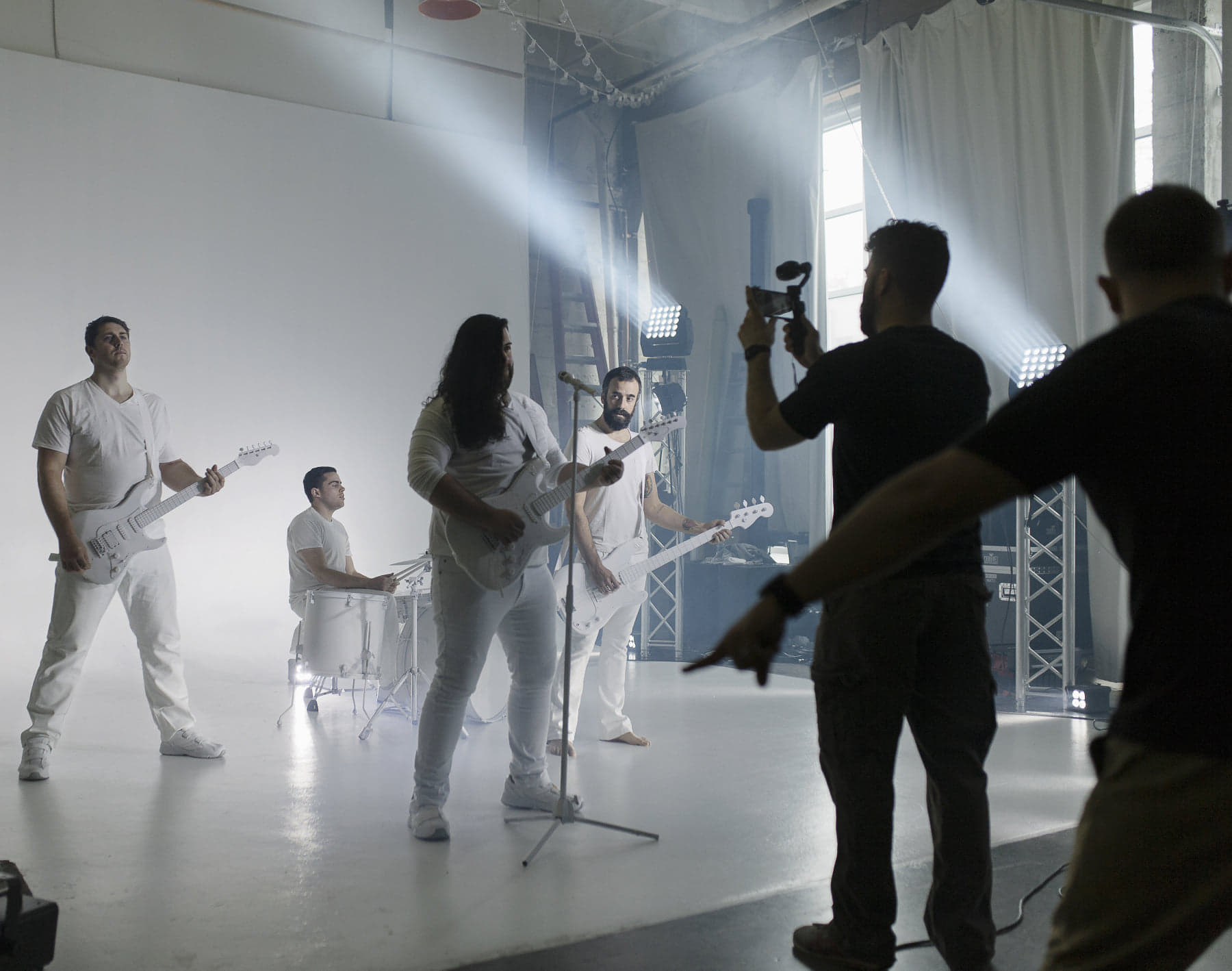 The Requisite (Photo by Chris Mintken)

The Requisite may label their sound as “stealth rock,” but their new music video for the track “Tell Me,” off their latest offering The Quiet Terror of Being Alive, is anything but sneaky. At least, that’s what you’ll think, until you realize that the band’s melodic, shiny hooks have burrowed their way into your brain, never to let go. If you were able to catch their set at this past summer’s Capitol Hill Block Party, you may have already been hypnotized by the band’s mix of sweetly racing chords and frontman Maxwell Royce’s impassioned vocal delivery.

The video for “Tell Me” finds the band decked out in and surrounded by white, right down to the drumsticks. Bright white light hits the band members alternating with short glimpses of each member dolled up like a mime and covered in colorful projections. The searing sterility of the bulk of the film (happily marred only by the slinging, swinging persona of Royce’s dark mane of hair) butts up against the darker, more colorful shots, further illustrating the push and pull of the song itself. “Tell Me” is a song of breaking free, of leaving behind something that isn’t working and is dragging the narrator down. The glistening veneer of the music belies the darker content of the lyric. The musicians play with total abandon; drummer Sam Sperrazza takes home  the award for “most intense player.” The video ends with “the requisite” smashing of  instruments by the white-faced band a la The Who. Sterile no more, I suppose.

You can catch The Requisite at one of their upcoming shows. They’ll be at Tony V’s for the Fourth Annual Wreckage Halloween along with the blistering Woodshed on October 26th, and you will find them opening for Dearheart at The Sunset on November 18th.

Christine Mitchell has been poring over album liner notes pretty much since she acquired the skill of reading, and figured out the basic structure of rock songs at an early age. Whether it’s the needle popping into the first groove of the record, the beeps that signal the beginning (or end) of a cassette tape, or digital numbers ticking off the seconds from zero, music brings Christine happiness, ponderous thought, opportunities for almost scientific study, and sometimes a few tears. When she started attending live shows two decades ago, a whole new piece of the puzzle clicked in and she has been hooked ever since.
Related ItemsChristine MitchellFeatureThe Requisite
← Previous Story CHVRCHES Lead A Post-Goth Pop Charge
Next Story → Christine and the Queens hitting SoDo