Christine and The Queens

By Alex Crick on November 5, 2018@crickontour 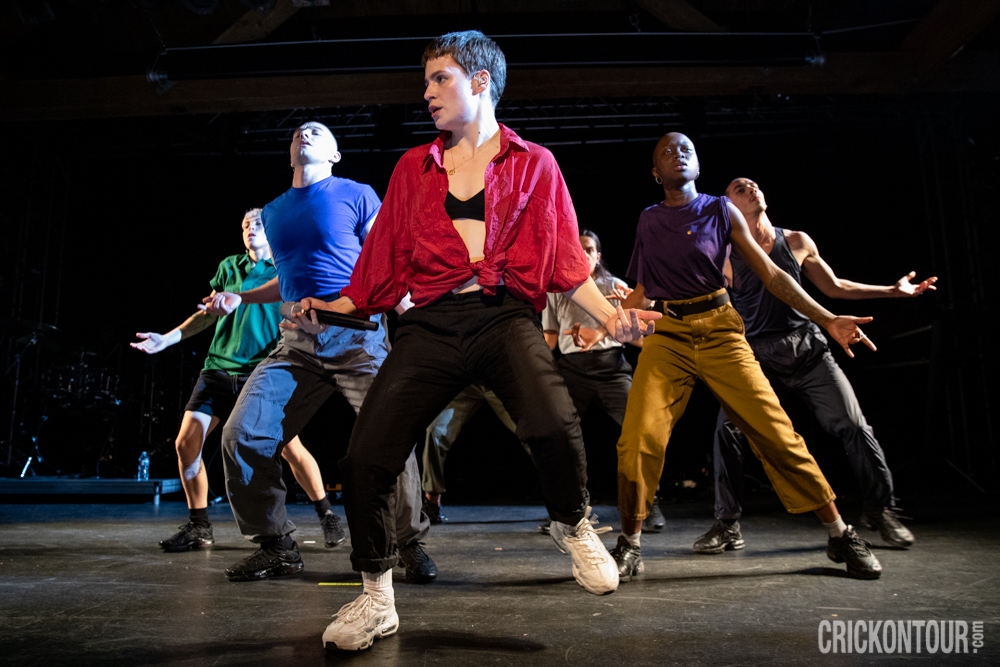 It was a night of sweat and swagger as french pop-singer Christine of Christine and The Queens owned the stage at the Showbox SoDo. Touring in support of her new album Chris, she and her dancers took command of the stage through various heavily choreographed elements that brought squeals of delight from the many young women in the audience. While Christine sang the dancers managed to interpret their bodies and movements into illustrative portrayals of deep emotions such as distress, hate, and of course love. The dancers were fully in-sync with Christine, who performs with them, at times becoming the central element of the bodies in motion.

The crowd would always cheer with delight when Christine would pair off with one of the female dancers for a quick flirtatious dance element all while belting out her complex pop songs in a mix of French and English. During the set Christine was only alone onstage for a song or two, but even with it just being her on the stage, Christine would radiate her artistic elements via her music. While Christine and her music were clearly the star of the show, the dance elements just pushed the show’s level upward, bringing with it a much more diverse and interactive experience. Based on tonight’s show and her ever increasing fan base, Christine and the Queens have a long and illustrious career ahead of them.

Alex Crick is a Seattle based freelance photographer specializing in music photography. His interest in photography began as a school project in the early-90′s, when he also attended many live music shows. Eventually, he combined these two interests by conveying the power and excitement of live music through the eye of the camera. Over the years, he’s traveled all over the country photographing live musical acts. You can find samples of his work in SPIN, Billboard, Esquire. View his work here
Related ItemsAlex Crickchristine and the queensFeatureShowbox Sodo
← Previous Story Don’t You (Forget About Simple Minds)
Next Story → Tellers shake Sunset for Shook release show