Home / Artist Spotlight / Roger and Me 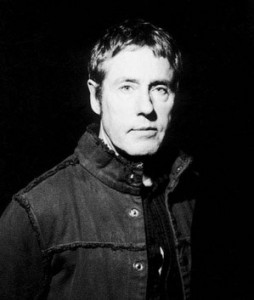 One early summer years ago, my family moved up from San Jose and settled in Olympia, Washington. I left behind my friends, my soccer team and the California sunshine for the June gloom of the Northwest. It was a big transition, one that did not come easy. I have always found that in my saddest and loneliest moments, music was my refuge and provided me peace and comfort. One of my most vivid memories from my teen years was saving up enough money that I earned from mowing lawns and baby sitting so then going out and purchasing my first vinyl record.

The first record I ever purchased was “Tommy” by the The Who. I listened to that record everyday, all summer song. The powerful arrangements, haunting melodies and thoughtful lyrics from Pete Townsend touched my life that summer in a very profound way. Along with the powerful music was the equally powerful voice of Roger Daltrey. When Roger sings, it is as if he musters every ounce of passion, soul and emotion from his being is unleashed on the universe. No singer could interpret and deliver the great Pete Townsend compositions like Daltrey did and still does.

I remember my second year in college and starting my first band “The Blitz”. We were a power trio with yours truly on lead vocals. A bunch of us went to the campus theater for a viewing of “The Kids Are Alright,” an amazing documentary about The Who. I was transfixed as I watched Roger Daltrey twirl is taped mike in the air and catch it without missing a beat. After that night, I taped my mike the same way and when I performed, did my best Roger Daltrey interpretation.

One of the greatest shows I ever saw was T-Bone Burnett, The Clash and the mighty Who at the Oakland Coliseum for what was supposedly their farewell tour. Of course we all know that the group continued long after that and that the remaining members, Daltrey and Townsend still continue to play together and even appeared at halftime during the 2010 Superbowl.

Last night (April 23rd), at a private function that included folks that will participate in a local music charity event, “Imagine a Cure” this evening (April 24th), I had the opportunity to meet and have and extended conversation with one of my musical heroes, Roger Daltrey. Throughout my life’s journey and while living in LA, I had the opportunity to meet and chat with a few certified musical heavyweights and artists that I admire and respect, Stevie Wonder, Edward Van Halen and Brian Wilson to name a few. Typically, I do not get that starstruck by famous folks unless it is an artist that has built up a huge and credible body of work and inspired me. Roger Daltrey has done both.

Roger was an extremely friendly and gregarious individual, not a brooding and jaded artist that perhaps apply to others of his stature. Roger seemed to really appreciate the fact that I appreciated and valued what he and The Who contributed to my life. I shared with Roger the fact that I had the opportunity to see John Entwistle on his last solo tour. He asked me if it was loud. Yes it was, very loud in fact. Roger told me that he always struggled to hear himself on stage with the who because the bass was always so loud. We talked about music, he shared stories and some jokes. We talked about his appearance on “That 70’s Show” and how much fun he had playing a prissy music teacher and how much fun I had watching it.

Roger and I also share a common passion for “the beautiful game” yes, football. The real football. We talked about our favorite clubs, He is and Arsenal fan and I am a Chelsea fan. He asked me why and I shared my first experience of seeing them play years ago. I don’t think he likes the fact that the club is owned by a non England owner. We talked about who we think is going to be a favorite for The World Cup and our favorite player Lionel Messi. Roger shared his philosophy about life. He misses his friends that have passed on but looks at death as just part of the cycle of life. He talked about how much he enjoys visiting the Northwest but he loves his England. We spoke for over on an array of subjects. The man is classy, bright, charming and extremely engaging.

Later that evening, Roger sat down in the kitchen with and acoustic guitar and launched into a impromptu Johnny Cash medley. It was wonderful. Of course he treated us to some acoustic versions of Who songs. It was  a mini concert in a kitchen of a friends house….The moment was incredible, beautiful and quite surreal. It was a moment that I will treasure the rest of my life.

Roger and I spoke for what was about 20 minutes. When our conversation had reached it’s natural conclusion, I shook his hand and thanked him for his time and all of the great music that has brought so much joy into my life. Sometimes it is not a good thing when one meets one of their heroes, it can be a disappointment or letdown. In this case it was the opposite. Roger was even more friendly and engaging than I thought he would be. It seems that in the world of Rock n’ Roll he has seen and done it all. He still has a passion for the music and he appreciates the fans that love that music. When I shared with Roger, what his music means to me, he looked me in the eye, smiled and said without hesitation, “Without you guys, we are nothing.” There were times in my life that I felt without music from folks like Roger and The Who, I was nothing. Thank you for the inspiration and thank you for all the great music Roger. It was truly an honor to meet you.

Not only is he a multi-media journalist, he is also an accomplished musician. He is the founder of SMI and drives the creative look, feel and branding for the publication. His years of writing, arranging, and performing live music in a variety of genres inform his ability to communicate the message and the mechanics of music. Roth’s work on SMI reflects his philosophy that music is the universal language, and builds community. He believes it has the power to unite people of every race, religion, gender, and persuasion.
Related ItemsImagine a CureRoger DaltreySeattle Music InsiderThe Who
← Previous Story Roger Waters to bring ‘The Wall’ to Tacoma in December
Next Story → SMI Radio: Interviews and music from ‘Furniture Girls’