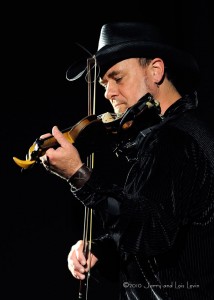 What a great show that the SMI Artist of the Month put on last night at the beautiful “Triple Door” In Seattle. Thanks to the venue and Geoffrey, I was able to get great access and get some fantastic video footage. Some of that footage will be posted here in a few days. In addition, I will provide you the links to the beautiful and stunning photos from Jerry and Lois Levin. To read the review and see the video interview that I did with Geoffrey, go here.

SMI Radio features an interview and music of one of the most talented musician’s in the region, Geoffrey Castle. Castle blends many genres of music and creates his own sound with his trademark, electric violin sound. We sat down this past Saturday, prior to his show at the Wild Rover in Kirkland to discuss his upcoming show at the Triple Door next Wednesday, June 2nd as well as recent shows he has done with some local music heavyweights. We also discuss his musical influences and feature cuts of some of his recent albums, “Mist on the Mountain”, Streets of Inwood and “Live at the “Triple Door.” To read more, get information on Castle’s upcoming show next week and to see the stunning photo slide show courtesy of Jerry & Lois Photography, go here.

Please enjoy the video of SMI TV’s interview with Geoffrey prior to his performance at Synergia Northwest 2010.

Not only is he a multi-media journalist, he is also an accomplished musician. He is the founder of SMI and drives the creative look, feel and branding for the publication. His years of writing, arranging, and performing live music in a variety of genres inform his ability to communicate the message and the mechanics of music. Roth’s work on SMI reflects his philosophy that music is the universal language, and builds community. He believes it has the power to unite people of every race, religion, gender, and persuasion.
Related ItemsGeoffrey CastleSMI RadioSynergia Northwest 2010
← Previous Story Apple Jam live at Woodshed Studios in Seattle Full Coverage (video)
Next Story → SMI Radio Podcast interview with music photographers Jerry & Lois Levin