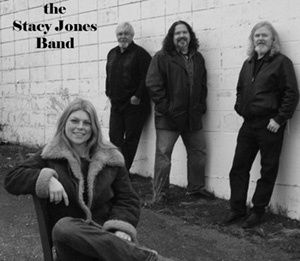 SMI Radio interviewed roots rock and blues artist Stacy Jones this week. We talk about her music, her band and the songs that comprise her most recent record, “Long Time Comin” Stacy is a young artist but possesses a mature musical soul. I really enjoyed my conversation with her. She is one of the most talented blues harmonica players that I have ever had the privilege to listen to. She plays over 100 dates a year in and around the Northwest. To find out more about her, go here. Also you can listen or download the show below.

Not only is he a multi-media journalist, he is also an accomplished musician. He is the founder of SMI and drives the creative look, feel and branding for the publication. His years of writing, arranging, and performing live music in a variety of genres inform his ability to communicate the message and the mechanics of music. Roth’s work on SMI reflects his philosophy that music is the universal language, and builds community. He believes it has the power to unite people of every race, religion, gender, and persuasion.
Related ItemsBluesExaminer.comRandy OxfordSeattle Music InsiderSMI RadioStacy Jones Band
← Previous Story SMI Radio Podcast interview with music photographers Jerry & Lois Levin
Next Story → SMI Featured Artist of the Month (July): Aury Moore (SMI Radio Interview)