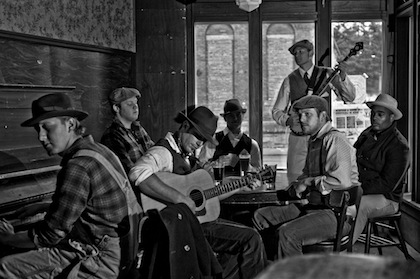 SMI Radio’s Greg Roth spoke with Cody Beebe right after he and “The Crooks” Came of stage this past Sunday, June 26th at the Emerald Queen Casino Taste of Tacoma. The full interview with the band as well as interviews with Andrew Vait, Jacob Merlin and the event’s entertainment director, Linda Zopfi can be heard Thursday, June 30th at 6pm (PST) on NWCZ Radio.

Not only is he a multi-media journalist, he is also an accomplished musician. He is the founder of SMI and drives the creative look, feel and branding for the publication. His years of writing, arranging, and performing live music in a variety of genres inform his ability to communicate the message and the mechanics of music. Roth’s work on SMI reflects his philosophy that music is the universal language, and builds community. He believes it has the power to unite people of every race, religion, gender, and persuasion.
Related ItemsCody Beebe & The CrooksEmerald Queen Taste of TacomaNorthwest Live MusicNWCZ RadioSMI Radio
← Previous Story SMI Radio Ep. 24 On Demand: Colin Hanks
Next Story → SMI Radio Ep. 25 On Demand: EQC Taste of Tacoma Special