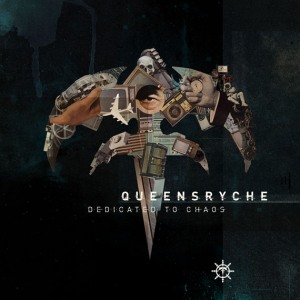 The Emerald City has produced many seminal rock bands throughout the decades. Jimi Hendrix and Heart put Seattle on the music map. In the early 90’s bands like Nirvana, Pearl Jam, Soundgarden and Alice in Chains helped solidify Seattle as one of the greatest music cities in the world. After Heart came along and before Seattle introduced the world to “Grunge Rock,” a band called Queensryche came on to the national and world stage.

This year the group celebrate’s its 30 year anniversary with it’s latest studio release, Dedicated to Chaos. The record was released in June. The record release party took place on Thursday, June 30th at The Hard Rock Cafe in Seattle. I was fortunate enough to be invited to the event. (Thank you Gigi!) The band treated those in attendance to some songs off of the new record, as well as a beautiful unplugged version of “Silent Lucidity.” That morning, I had the opportunity to chat with guitar mainstay Michael Wilton. Among other things, we talked about the new record as well as the changes that have taken place in the record industry over the course of the last 30 years.

To hear the full SMI Radio interview with Michael as well as selected cuts from Queensryche, click on the player below or download for listening on your mobile device.

Also, you can find out about more projects that Michael is working on at Rat Pak Records

Not only is he a multi-media journalist, he is also an accomplished musician. He is the founder of SMI and drives the creative look, feel and branding for the publication. His years of writing, arranging, and performing live music in a variety of genres inform his ability to communicate the message and the mechanics of music. Roth’s work on SMI reflects his philosophy that music is the universal language, and builds community. He believes it has the power to unite people of every race, religion, gender, and persuasion.
Related ItemsMichael WiltonNWCZ RadioQueensrycheSMI RadioThe Hard Rock Cafe
← Previous Story Hendrix and O’Day are forever linked in Seattle music history (KOMO News Radio Interview)
Next Story → SMI Radio Ep. 27 On Demand: NBC’s “The Voice” Jared Blake