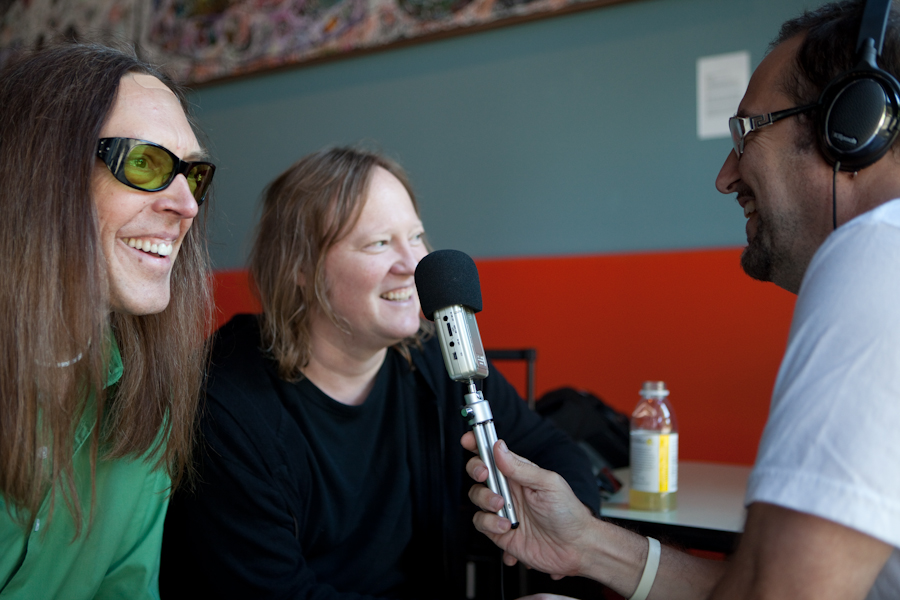 When one turns on the TV and start seeing the back to school commercials and advertising for American football games it is a clear indication that summer is winding down. Another indicator is when the grandaddy of all Northwest summer festivals rolls around.

Bumbershoot 2011 was scaled back this year. Instead of sprinklng the festival with corporate sponsored contemporary “mega stars” there was an array signed and independent artists of all genres that transcend many generations. Like Bumbershoot lineups of the past, there were established music legends performing along side newer and hipper, indie darlings. For example this year you had everything from Hall & Oats and Leon Russell to artists like Das Racist.

This year’s festival may have been leaner but let there be no doubt the lineups were quite robust and there was something for everyone.

Here is my Bumbershoot 2011 Recap on examiner.com…

SMI will be devoting the week to pre and post festival coverage. On this Thursday’s episode of  SMI Radio on NWCZ, I will feature several interviews with artists such as Minus The Bear, Fitz and The Tantrums, Urge Overkill, Phanotgram, Pickwick, and a lot more.

Bumbershoot 2011: Seven artists you need to see and hear…

I invite you to check out some of last years coverage right here:

Covering Bumberhoot is like trying to drink water from a firehouse, one simply can’t get it all. Thank goodness that there are some other great folks covering the festival this year and they do an incredible job. I invite you to check out their coverage as well…

Sound on The Sound

This song was released almost 30 years ago to the day. These blue eyed soul, pop and rock legends graced the Key Arena stage this Monday, September 5th.

Not only is he a multi-media journalist, he is also an accomplished musician. He is the founder of SMI and drives the creative look, feel and branding for the publication. His years of writing, arranging, and performing live music in a variety of genres inform his ability to communicate the message and the mechanics of music. Roth’s work on SMI reflects his philosophy that music is the universal language, and builds community. He believes it has the power to unite people of every race, religion, gender, and persuasion.
Related ItemsBumbershoot
← Previous Story SMI Radio Ep. 33 On Demand: Portugal The Man / Ian Axel / Fitz and The Tantrums
Next Story → SMI Radio Ep. 34 On Demand: Bumbershoot 2011 Post Event Special