KEXP will have new home at Seattle Center (Video) 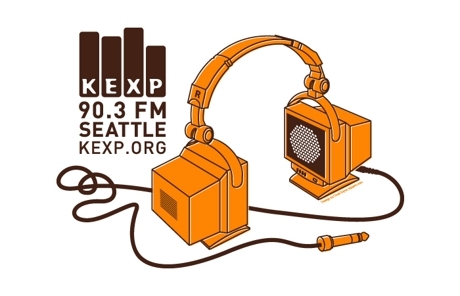 Robert Nellams, director of the Seattle Center, welcomed Mayor Mike McGinn to the historical site. He quoted the lyrics of a Tower of Power classic and asked those in attendance, “What is Hip?” ( I just saw them at the Snoqualmie last month.) The answer….? KEXP, one of the coolest, hippest and popular listener driven radio stations in the world.

KEXP will soon be basking in the glow of the Space Needle and moving to its new home at The Seattle Center.

Nellams said, “that very soon we’ll be hearing “KEXP, live from the Seattle Center.” Given the fact that KEXP has broadcast some great music events from the storied Seattle landmark including some great live shows at the center, including Bumbershoot, this is a marriage made in musical heaven.

The Vera Project and now KEXP at the Seattle Center is pretty hip indeed and the possibilities for some great music happenings in The Emerald City are endless.

You can see the video of the press conference right here…

Not only is he a multi-media journalist, he is also an accomplished musician. He is the founder of SMI and drives the creative look, feel and branding for the publication. His years of writing, arranging, and performing live music in a variety of genres inform his ability to communicate the message and the mechanics of music. Roth’s work on SMI reflects his philosophy that music is the universal language, and builds community. He believes it has the power to unite people of every race, religion, gender, and persuasion.
Related ItemsKEXPMayor McGinnSeattle MusicThe Seattle Center
← Previous Story Thank you Steve…
Next Story → Bumbershoot Turkey Day Insider Deal and Holiday Ticket Sale