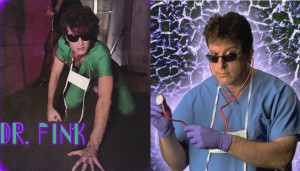 Matt Fink AKA Doctor Fink  recorded and performed with the legendary funk rock icon Prince from 1979 to 1991 and best known for being a member of The Purple One’s backing band, The Revolution. He had one of the best lines in the movie Purple Rain. The soundtrack sold over 18,000 million copies and The good Doctor won a Grammy for his contribution.

The Revolution is performing a reunion show, A BENEFIT 2 CELEBRATE LIFE  with the Purple Rain lineup featuring Wendy (Melvoin) and Lisa (Coleman), Bobby Z, Brown Mark and Doctor Fink on Sunday February 19th at the world famous First Avenue club in the heart of downtown Minneapolis. Proceeds will go to benefit The American Heart Association. I will be attending the show and looking forward to seeing this group of amazing cats do their thing for a good cause. 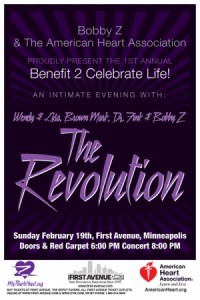 On this week’s show I talk to Doctor Fink about the reunion show, working with Prince the movie Purple Rain, the various projects he is involved in and a lot more. If you are a fan of Prince and The Revolution, this is an episode that you will not want to miss.

Not only is he a multi-media journalist, he is also an accomplished musician. He is the founder of SMI and drives the creative look, feel and branding for the publication. His years of writing, arranging, and performing live music in a variety of genres inform his ability to communicate the message and the mechanics of music. Roth’s work on SMI reflects his philosophy that music is the universal language, and builds community. He believes it has the power to unite people of every race, religion, gender, and persuasion.
Related ItemsBubba JonesCritical Sun RecordingsDarrius WilrichDoctor FinkPrinceReji LefluerSMI Radio
← Previous Story SMI Radio Ep. 48 On Demand: Ben Union / Jakalope
Next Story → Here is your Sasquatch 2012 Lineup