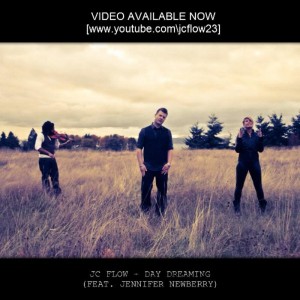 This one has been out for a few weeks – but after viewing this wonderfully shot and produced piece again, we felt it deserved a shout out and a little love here on SMI.

JC Flow’s “Day Dreaming” was directed and edited by one of the Pacific Northwest’s most talented up-and-coming photographer/videographers, Mike Folden. The video highlights beautiful outdoor scenery as the backdrop.

The video delivers a powerful storyline about a young man at a crossroads in his life, the negative consequences of making the wrong choice, and the fulfillment of making the right one.

“Day Dreaming” is an exquisitely passionate number performed by stellar local artists. Equally powerful is the positive message it delivers.

Not only is he a multi-media journalist, he is also an accomplished musician. He is the founder of SMI and drives the creative look, feel and branding for the publication. His years of writing, arranging, and performing live music in a variety of genres inform his ability to communicate the message and the mechanics of music. Roth’s work on SMI reflects his philosophy that music is the universal language, and builds community. He believes it has the power to unite people of every race, religion, gender, and persuasion.
Related ItemsJC FlowJennifer NewberryRap. Hip HopSeattle Music HappeningsVideo
← Previous Story Dive into some great live music at Empty Sea Studios
Next Story → St. Paddy’s Day Musical Happenings