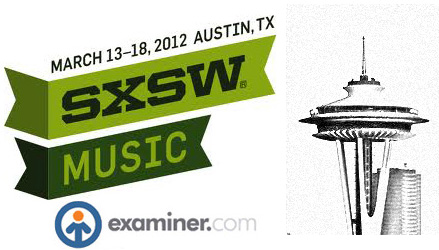 Those who have a real passion for music like I do know that Austin, Texas is one of the greatest music cities in the world. People from all over the planet converged for another year of SXSW (South By Southwest). Now, the 2012 edition is in the books.

Several local artists, such as Allen Stone, Pickwick, The BGP,  Brite Futures, Craft Spells, The Curious Mystery, Grave Babies, Night Beats, and Witchburn, to name a few, made their presence known to the music-loving masses fortunate enough to attend the week-long conference.

Check out this article from musician and local Examiner.com contributor Rick Bowen…

Check out some of the Examiner.com post event coverage right here.

In addition, there’s some great coverage came from the good people at SSG Music and KEXP.

Not only is he a multi-media journalist, he is also an accomplished musician. He is the founder of SMI and drives the creative look, feel and branding for the publication. His years of writing, arranging, and performing live music in a variety of genres inform his ability to communicate the message and the mechanics of music. Roth’s work on SMI reflects his philosophy that music is the universal language, and builds community. He believes it has the power to unite people of every race, religion, gender, and persuasion.
Related ItemsCritical Sun RecordingsExaminer.comNewsSWSW
← Previous Story Exclusive live Queensryche track with Synergia Northwest Orchestra
Next Story → SMI Radio Ep. 55 On Demand: Fake Label Records Compilation Special with Timmy Held