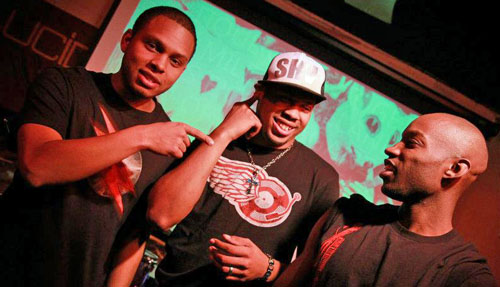 The battle of the bands contest showcased some truly outstanding Northwest artists. Although the competition was fierce, Ayron Jones and the Way took the win, and won over plenty of new fans at the same time.

The band will be a featured performer on the bill for Northwest Lovefest 2012, taking place at Manguson Park, June 29 – July 1st.

They will also be opening for the legendary and five time grammy winner, Robert Cray at the D&R Theater in Aberdeen on Saturday, May 12th at 7pm.

Ayron Jones visited the SMI Radio studio to talk about his music, his inspirations, and his participation in the festival, and more. You’ll want to catch his exclusive, in-studio performance of the Jimi Hendrix classic, “Little Wing,” plus hot tracks from Ayron Jones and The Way.

Northwest LoveFest’s Jeremy Westfall joins us with an update on the festival and the brand-new website.

Check out the new Northwest Lovefest website and get the complete festival lineup at http://www.nwlovefest.org/

Not only is he a multi-media journalist, he is also an accomplished musician. He is the founder of SMI and drives the creative look, feel and branding for the publication. His years of writing, arranging, and performing live music in a variety of genres inform his ability to communicate the message and the mechanics of music. Roth’s work on SMI reflects his philosophy that music is the universal language, and builds community. He believes it has the power to unite people of every race, religion, gender, and persuasion.
Related ItemsAyron Jones and The WayJeremy WestfallNorthwest LoveFestSeattle Music HappeningsSMI Radio
← Previous Story New Music Review: “What You Hope For” – Midnight Salvage Company
Next Story → SMI Artist Spotlight: Welcome to the Monogamy Party