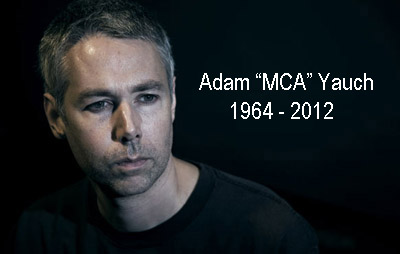 NEW YORK (AP) reported yesterday that Adam Yauch, a rapper and founder of the innovative, groundbreaking and multimillion-selling hip-hop group the Beastie Boys, died on Friday in Manhattan. He was 47.

The shelf life for hip-hop artists can be very brief but the Beastie Boys transcended the genre and garnered fan appeal that spanned 3 decades. They evolved and grew as artists, while still keeping the beat with their tongues firmly planted in cheek and egos in check.

Yauch played a major role in the Beastie Boys’ evolution from their early incarnation, fighting for the right to party as provocative teen pranksters to their later years as more sophisticated artists with a social conscious, fighting for the cause of freedom in Tibet.

The trio was honored earlier this year with an induction into the Rock n’ Roll Hall of Fame. Yauch was unable to attend the ceremony due to his illness.

An official statement from the Beastie Boys:

“It is with great sadness that we confirm that musician, rapper, activist and director Adam ‘MCA’ Yauch, founding member of Beastie Boys and also of the Milarepa Foundation that produced the Tibetan Freedom Concert benefits, and film production and distribution company Oscilloscope Laboratories, passed away in his native New York City this morning after a near-three-year battle with cancer. He was 47 years old.”

Local and national tributes poured in throughout the day…

“The Beasties opened hip-hop music up to the suburbs,” said Rick Rubin, who produced the group’s 1986 debut album, in a recent interview with The Plain Dealer of Cleveland. “As crazy as they were, they seemed safe to Middle America, in a way black artists hadn’t been up to that time.”

The rapper Eminem said in a statement, “I think it’s obvious to anyone how big of an influence the Beastie Boys were on me and so many others.”

“I always felt like Adam was a brother from an east coast mother: bass, hoops and Bad Brains.
A crazy talent whose contributions with his band were inspirational and consistently ground breaking.
Our thoughts go out to his family, friends and his Beastie brothers.”

“I’m so sad to hear about the passing of Beastie Boy member, Adam Yauch, from cancer. That band changed music in so many ways. The first time I interviewed the Beastie Boys was right before their Seattle appearance at Endfest ’92. The were sarcastically obsessed with “Grunge”. R.I.P. Adam Yauch.”

MTV News takes a look back at Yauch’s music, spirituality and impact during hour-long special.

Not only is he a multi-media journalist, he is also an accomplished musician. He is the founder of SMI and drives the creative look, feel and branding for the publication. His years of writing, arranging, and performing live music in a variety of genres inform his ability to communicate the message and the mechanics of music. Roth’s work on SMI reflects his philosophy that music is the universal language, and builds community. He believes it has the power to unite people of every race, religion, gender, and persuasion.
Related ItemsAdam YauchBeastie BoysHip-HopKNNDMarco CollinsMTVNews
← Previous Story Live Review: Heritage Hunter Tour shakes SoDo
Next Story → Live Review: The Black Keys Bring Stompin’ Oomph to Key Arena