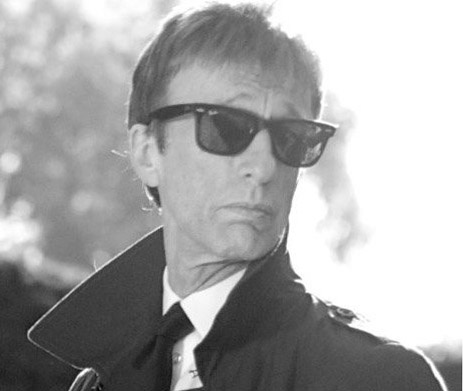 Robin Gibb, one-third of The Brothers Gibb, AKA The Bee Gees, passed away Sunday after a long struggle with cancer. The 70’s pop / disco trio ruled the Top 40 charts after the 1977 blockbuster soundtrack to Saturday Night Fever became a pop culture phenomenon.

Gibbs’ family confirmed his passing via a family spokesperson with an announcement Sunday. “The family of Robin Gibb, of the Bee Gees, announce with great sadness that Robin passed away today following his long battle with cancer and intestinal surgery,” reads the statement. “The family have asked that their privacy is respected at this very difficult time.” Gibb was 62 years old.

The AP reports Gibb was born in Manchester, England, in 1949, along with twin brother Maurice. Maurice passed away in 2003 of complications from a twisted intestine; Robin had surgery for a similar medical issue in 2010.

Alongside their older brother Barry, the brothers began working as a trio in Australia, where the family relocated to in 1958. The Bee Gees achieved some degree of success in Australia, where they hosted a weekly variety show there. It wasn’t until they returned to their native country of England and signed with manager Robert Stigwood  that the group really started to take off.  Gibb’s thin vocal styling, defined by a heavy vibrato, helped create the group’s trademark sound and rounded out the group’s three-part harmony arrangements. The trio had a string of hits in the 60’s, “New York Mining Disaster 1941,” “I Started a Joke,” “Massachusetts,” and “I’ve Gotta Get a Message to You.”

By 1969, the group was starting to self destruct. Internal squabbles and personal issues, including Gibb’s battle with the bottle, broke the group apart, scattering the three brothers in different directions for a few years.

The summer of 1975 ushered in the reinvention of The Bee Gees from a pop outfit to an R&B disco act. Their 1975 hit, “Jive Talkin” was a big change in direction for them. The funky and infectious number would set the tone of their sound going forward, and was a precursor to songs that would end up being the cornerstone of the Stigwood-produced Saturday Night Fever in 1977.  The success of the film and soundtrack elevated the Gibbs to superstar status. Most of the hits from that era featured Barry’s falsetto voice, but the brothers’ vocal blend remained a signature part of their sound.

Last week, disco and R&B singer Donna Summer died of cancer. Obviously, it has been a sad week for music fans who have grown to love and embrace classic disco songs. Summer and now Gibbs may be gone, but the music never ends.

Not only is he a multi-media journalist, he is also an accomplished musician. He is the founder of SMI and drives the creative look, feel and branding for the publication. His years of writing, arranging, and performing live music in a variety of genres inform his ability to communicate the message and the mechanics of music. Roth’s work on SMI reflects his philosophy that music is the universal language, and builds community. He believes it has the power to unite people of every race, religion, gender, and persuasion.
Related ItemsDonna SummerNewsRobin GibbSaturday Night FeverThe Bee Gees
← Previous Story Live Review: The Black Keys Bring Stompin’ Oomph to Key Arena
Next Story → RockStar Motel reopens doors with sexy new look and feel (Podcast Interview)