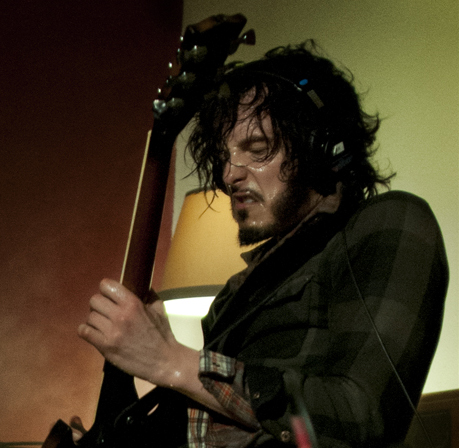 ReignWolf is a must see act at Sasquatch 2012 (Photo courtesy of: jetcitystream.com)

Sasquatch 2012 is officially underway. Those of you that were not able to make it out to The Gorge for Friday night’s opening…not to worry, there is a lot of great music on tap throughout the extended weekend.

Like previous years, Sasquatch offers an eclectic blend of musical styles and genres. Of course there is no shortage of artists with street cred and star power. Some of the more notable acts that will grace the various Sasquatch stages are: Jack White, Beck, Tenacious D, Silversun Pickups, The Roots, Bon Iver and The Shins.

A few or the artists that we will be checking out this weekend are: Feist, St.Vincent,  Metric, Alabama Shakes, Spiritualized and The Civil Wars.

About Sasquatch! Music Festival: The four day event is a music festival held annually at the Gorge Amphitheatre in George, Washington. There is an emphasis on indie rock bands and singer-songwriters, although there are also alternative rock, hip hop and comedy acts. The festival features four separate stages.

For the full lineup, visit: http://sasquatchfestival.com/lineup.

Several Northwest artists that are garnering a local and national buzz will be doing their thing throughout the weekend. Obviously we can’t mention them all but here are just a few acts that we recommend…

Not only is he a multi-media journalist, he is also an accomplished musician. He is the founder of SMI and drives the creative look, feel and branding for the publication. His years of writing, arranging, and performing live music in a variety of genres inform his ability to communicate the message and the mechanics of music. Roth’s work on SMI reflects his philosophy that music is the universal language, and builds community. He believes it has the power to unite people of every race, religion, gender, and persuasion.
Related ItemsFestivalsFly Moon RoyaltyFresh EspressoLive MusicPickwickReignWolfSallie Ford & The Sound OutsideSeattle Music HappeningsTHEESatisfaction
← Previous Story Live Review: Deep Sea Diver and Ravenna Woods at Neumos (Photo Slideshow)
Next Story → Pickwick gets Sasquatch Saturday started with some soul (Photos)