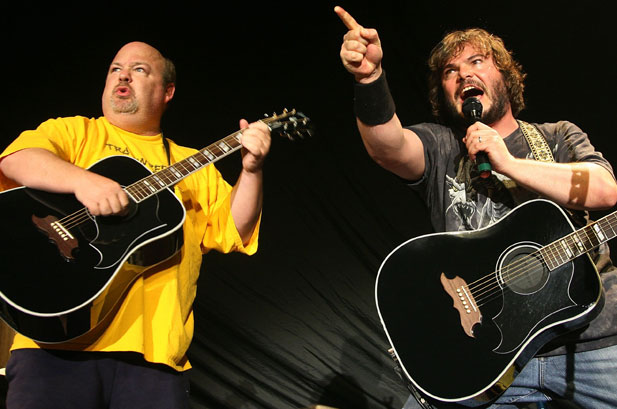 10. Feist: With three Juno awards from the 2012 ceremony: Artist of the Year, Adult Alternative Album of the Year for Metals, Feist will be a highlight for me personally. Her song “Mushaboom” had me hooked years ago and I am delighted to be able to watch her set with the backdrop of the beautiful Columbia River Canyon.

9. Hey Marseilles: Seattle’s own Hey Marseilles is a must see with their sometimes melancholy, but always dramatic mid-paced arrangements peppered with joyful musings from the piano, trumpet, cello, violin, and accordion.

8.) Beardy Man: Hailing from London, Beardyman is a renowned musician known for his beatboxing skills and use of live looping technology. Often taking suggestions from the audience as to what subject matter he should incorporate into a particular genre, also selected by an audience member, his improvisational skills rival his production chops to create a wildly entertaining, and often comedic performance.

7.) Silver Sun Pickups: Maybe it was their tune “Lazy Eye’ that hooked you but do you remember 2006’s “Kissing Families”? One of the best indie songs I had heard up to, and since my introduction to this abrasive outfit from Los Angeles. What can I say; I am a sucker for indie-rock singers with an androgynous tonal quality to their voice.

6.) M. Ward: Do I really have to tell you who this man is? M. Ward rose to popularity in Portland Oregon in the late 90’s and since has been a key figure in the world of indie-rock. He is known for his lyrical capacities as well as his innovative approach to guitar tones.

5.) Beirut: With an uncanny ability to make World music appealing to the indie-hipster in all of us, Beirut is one of the acts that I am most excited for. I highly suggest you familiarize yourself with these chaps before Sunday.

4.) SBTRKT: With a festival like Sasquatch I am always anxious to check the line-up schedule. What if there is a scheduling conflict between two acts that I really want to see? My fears seeped into reality when I saw that Ted Leo goes on stage at 7:50 and SBTRKT

goes on stage at 8! The punk-rocker in me went to battle with my inner electronic aficionado and the outcome of the bout is still unknown. What should I do?

3.) Beck: I was 10 years old when Beck came into my life with his immortalized anthem “Loser”. He later shaped my early teen-age years with albums such as Odelay and Midnight Vultures. Can you say “one off of the bucket list”?

2.) Tenacious D: I saw The D open up for Weezer in 2001 at The Key Arena in Seattle. These two pudgy metal-heads stole the show with their acoustic guitars and hilariously vulgar lyrical content. The 17 year-old me was swept away into their world of low-brow humor and the 28 year old is still there and has no intentions of leaving.

1.) James Murphy (DJ set): This man is by and far the cherry on top of my Sasquatch Sundae. Lead vocalist/producer/keyboardist of the recently dis-banded LCD Soundsystem, James Murphy has returned to the road doing what he does best; spinning wax! As a super-fan of LCD Soundsystem and the record label that Murphy heads, DFA Records, I was destroyed when I heard about LCD calling it quits. I never got to see them live! This Sunday will be the closest I will ever come and I am completely ok with this.

Not only is he a multi-media journalist, he is also an accomplished musician. He is the founder of SMI and drives the creative look, feel and branding for the publication. His years of writing, arranging, and performing live music in a variety of genres inform his ability to communicate the message and the mechanics of music. Roth’s work on SMI reflects his philosophy that music is the universal language, and builds community. He believes it has the power to unite people of every race, religion, gender, and persuasion.
Related ItemsConcertsFestivalsLive MusicSeattle Music Happeningstimmy held
← Previous Story Alabama shakin’ all over Sasquatch (Photos)
Next Story → Fly Moon Royalty takes Sasquatch to space (Photos)