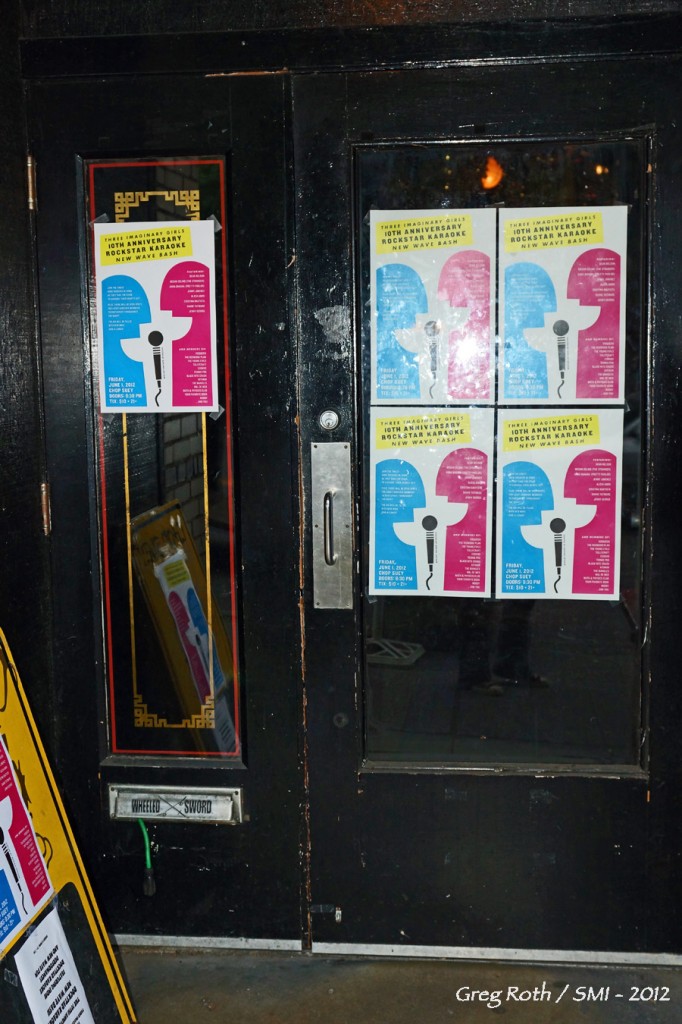 Friday, June 1st, the fabulous crew at Threeimaginarygirls.com put on a fine soirée for the music lovin’ masses in The Emerald City.

For ten years, Three Imaginary Girls have been doing their thing the only way they know how…their way. For a decade now they have  covered some of the best artists throughout the Northwest. In doing so, they add a ton of value to the local artistic community.

At the event, an old school e-zine chronicling their ten years of covering the scene was available for purchase. If you did not get one they are still available for purchase online or at any upcoming Three Imaginary Girls event in the near future. The next event will be the 10th Anniversary Ice Cream Social at Bluebird Ice Cream in Capitol Hill on July 12. (we got one ourselves – It is a very cool collectible for Northwest music lovers.)

Get your copy of the {very limited edition} Imaginary Zine!

Once again, we at SMI would like to congratulate Three Imaginary Girls on 10 great years of taste makin’ and wish them a very Happy Birthday! Thank you for all you do for the music, the artists, and the community!

Below is a photo slide show of the event…

Not only is he a multi-media journalist, he is also an accomplished musician. He is the founder of SMI and drives the creative look, feel and branding for the publication. His years of writing, arranging, and performing live music in a variety of genres inform his ability to communicate the message and the mechanics of music. Roth’s work on SMI reflects his philosophy that music is the universal language, and builds community. He believes it has the power to unite people of every race, religion, gender, and persuasion.
Related ItemsChop SueySeattle Music HappeningsThree Imaginary Girls
← Previous Story Live Review: Chickenfoot wants to party. Do you?
Next Story → Eternal Fair to pay tribute to Jeff Buckley this Thursday (Podcast Interview)