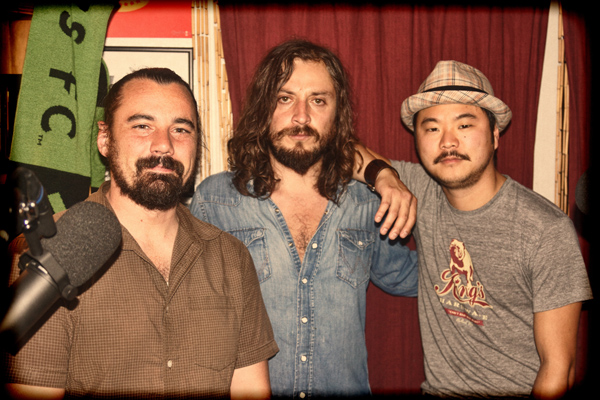 This weekend, some of the hottest music artists will grace several stages at the beautiful Magnuson Park for Northwest LoveFest 2012. There will be over 45 local and regional bands, tethered hot air balloon rides, two beer gardens, an open mic contest, teen dance team competitions, over 50 nonprofits showcases, and more. The festival takes place over three days next weekend, June 30th through July 1st, with a kickoff party happening on Friday, June 29th featuring The Stax Brothers, Global Heat, 20 Riverside, Down North and Cazuela de Condor.

Jeremy and Pete discuss the brand new NWLF Compilation CD,  now available for purchase on Bandcamp. A portion of the proceeds will benefit Music Aid Northwest.

Alejandro Garcia, from NWLF artist, NoRey, stops in, too. He gives a revealing look at this multi-national group’s music, influences and inspirations. You can hear tracks from NoRey’s debut EP, plus the group’s producer, Bubba Jones, of Critical Sun Records, checks in.

Not only that, but catch the bonus track from NWLF artist Whiskey Syndicate.

Not only is he a multi-media journalist, he is also an accomplished musician. He is the founder of SMI and drives the creative look, feel and branding for the publication. His years of writing, arranging, and performing live music in a variety of genres inform his ability to communicate the message and the mechanics of music. Roth’s work on SMI reflects his philosophy that music is the universal language, and builds community. He believes it has the power to unite people of every race, religion, gender, and persuasion.
Related ItemsBubba JonesCritical Sun RecordingsJeremy WestfallNoReyNorthwest LoveFestPete ShinSeattle Music HappeningsSMI RadioWhiskey Syndicate
← Previous Story Mayhem Festival 2012 getting ready to rage White River Amphitheatre
Next Story → SMI Radio Ep. 65 On Demand: Carrie & Kristen Watt (Seattle Living Room Shows) and Carson Henley