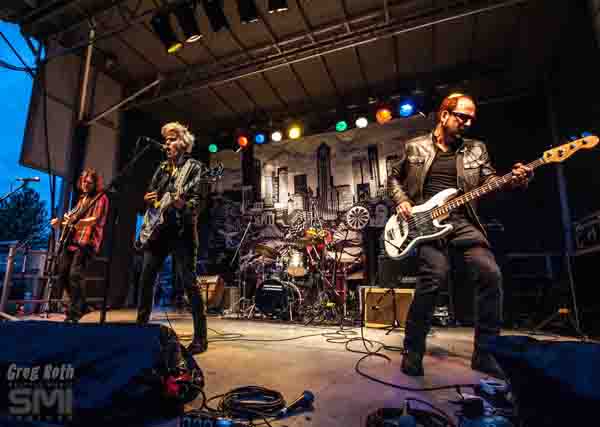 You always hope for good weather and great bands when you go to music festivals. Northwest LoveFest delivered the goods on the music end, in spite of the drizzly weather. Northest Lovefest 2012 took place over three days, the last weekend of June 2012.

This is the third year that the festival has taken place, and the first year to be held at Magnuson Park. This year’s version was the most ambitious yet, and had many moving parts.The organizers worked many long hours throughout the year to put this not-for-proft festival together. Those who attended were treated to a delicious blend of music from a diverse menu, served up by incredible Northwest artists.

SMI would like to thank the team at Northwest LoveFest for their passion and hard work in putting the festival together  – and the artists for their talent and time. We interviewed a lot of great folks over the course of three days and look forward to bringing you those interviews and great music in future episodes of SMI Radio.

Not only is he a multi-media journalist, he is also an accomplished musician. He is the founder of SMI and drives the creative look, feel and branding for the publication. His years of writing, arranging, and performing live music in a variety of genres inform his ability to communicate the message and the mechanics of music. Roth’s work on SMI reflects his philosophy that music is the universal language, and builds community. He believes it has the power to unite people of every race, religion, gender, and persuasion.
Related ItemsCarson HenleyCaspar BabypantsImpossible BirdJC FlowMagnuson ParkNeReyNewsNorthwest LoveFestPerry AckerSeattle Music HappeningsStar Anna and The Laughing DogsTess HenleyThe Young Evils
← Previous Story Live Recap: Rockstar Mayhem Festival at White River Amphitheatre (Photo Slideshow)
Next Story → Rockstar Mayhem Festival 2012: Q&A with Aaron Matts & Danny Leals