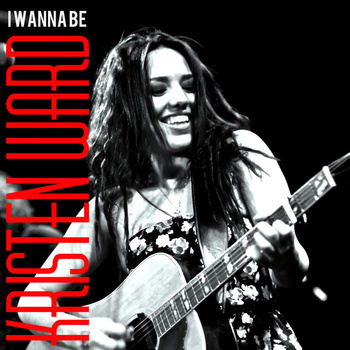 Kristen Ward has been doing her thing around the great Northwest for a few years now, both on her own and sharing the stage with musical heavyweights. Thanks to donations from her fans via Kickstarter.com, Ward raised over $15,000.00 to record her forthcoming album, Last Night On Division. Her newest effort will drop on Tuesday, October 9th.

Fortunately for her fans, Kristen has pre-released a little taste – a delicious track entitled I Wanna Be, featuring Pearl Jam’s Mike McCready on guitar. The self-produced number was recorded by Terry Date and mixed by Glenn Lorbecki. Ward is backed by longtime collaborators Gary Westlake (guitar, percussion, backing vocals) Simona Bressi (drums and percussion) and Brian Allen on bass guitar. Her band is a solid outfit, who along with McCready’s rootsy guitar styling, sets the tone.

Ward’s strong and emotional vocal delivery goes through the ear, past the head, and right into the heart. This is top down, open road driving music that will take you on a beautiful ride. The hook will stay with you long after the song is complete. If this cut is an indicator of the full release, then expect a well-crafted body of new work from this talented singer / songwriter.

Check out Ward and the new material at the Tractor, Thursday, October 25th.

Kristen Ward was the first guest on SMI Radio 2012. Last January, she revealed the inside story of her newest effort, and how having a brand new baby daughter shaped her songwriting. Get the whole story by clicking the link below.

Not only is he a multi-media journalist, he is also an accomplished musician. He is the founder of SMI and drives the creative look, feel and branding for the publication. His years of writing, arranging, and performing live music in a variety of genres inform his ability to communicate the message and the mechanics of music. Roth’s work on SMI reflects his philosophy that music is the universal language, and builds community. He believes it has the power to unite people of every race, religion, gender, and persuasion.
Related ItemsA Night on DivisionKristen WardMike McCreadyNew Music PreviewNewsSeattle Music HappeningsTractor Tavern
← Previous Story Summer Meltdown 2012: A look back (Photo Slideshow)
Next Story → Allen Stone shines bright on Easy Street (Photo Slideshow)