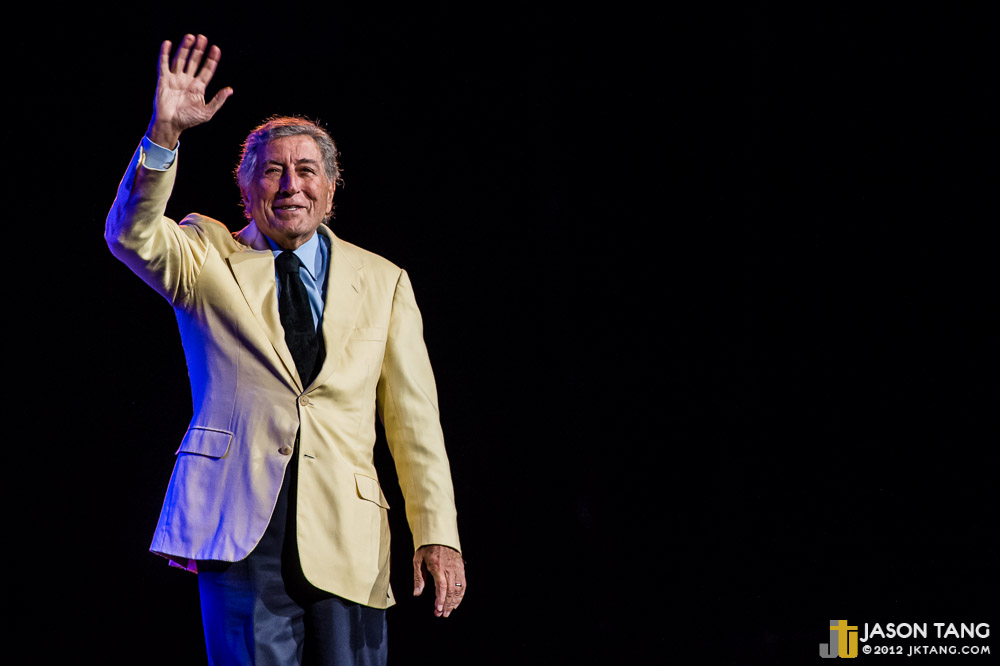 Hundreds of spectators gathered at the Seattle Center this Labor Weekend to enjoy a variety of talented performers sharing visual arts, jokes, and music. The fields were packed with excited onlookers as musicians from around the world became a part of Seattle history by performing at Bumbershoot 2012.

The Sunday portion of festival featured more funk and rock music, while also bringing out legends like Tony Bennett and Wanda Jackson. Even though these artists attracted the largest crowds, the audience revolved around all of the six stages, letting every performer hear the applause they deserve.

Kicking off the afternoon on the Promenade stage was Katie Kate, a Seattle artist who’s not afraid to say exactly what’s on her mind through her rapping. Backed by a drummer and electronic beats, Katie Kate got some in the crowd to dance with her as the set progressed into more upbeat songs. 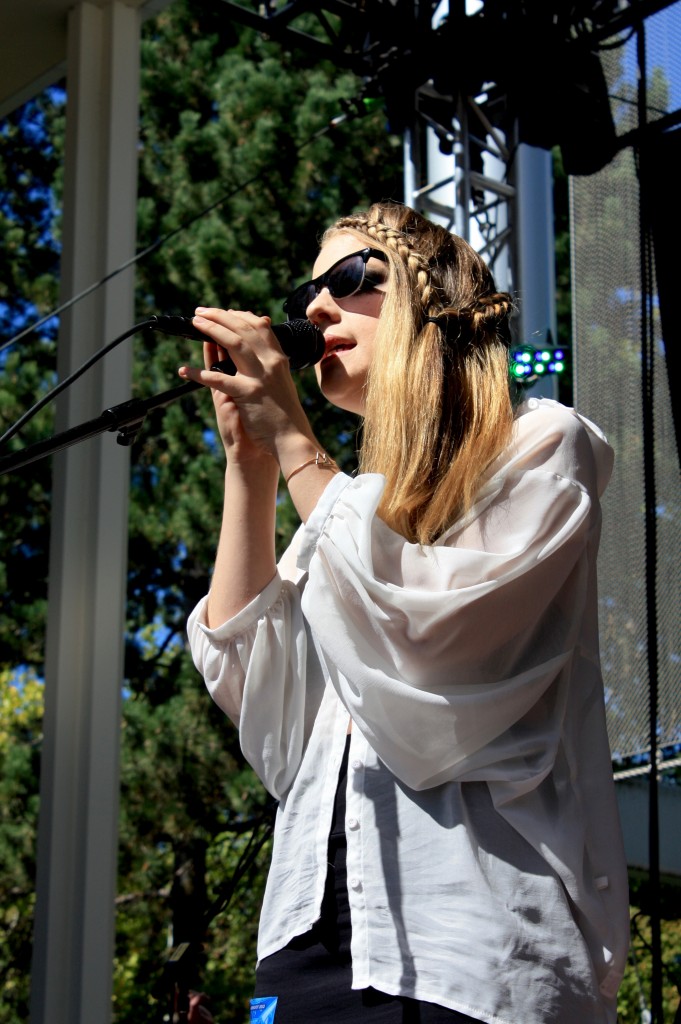 Moving from one end of the park to the other, a few gathered at the Fisher Green stage to watch the contagious funk tunes of Eldridge Gravy & the Court Supreme. The stage was full of energetic musicians playing everything from horns to strings to tambourines, giving the audience something to groove and clap along to. 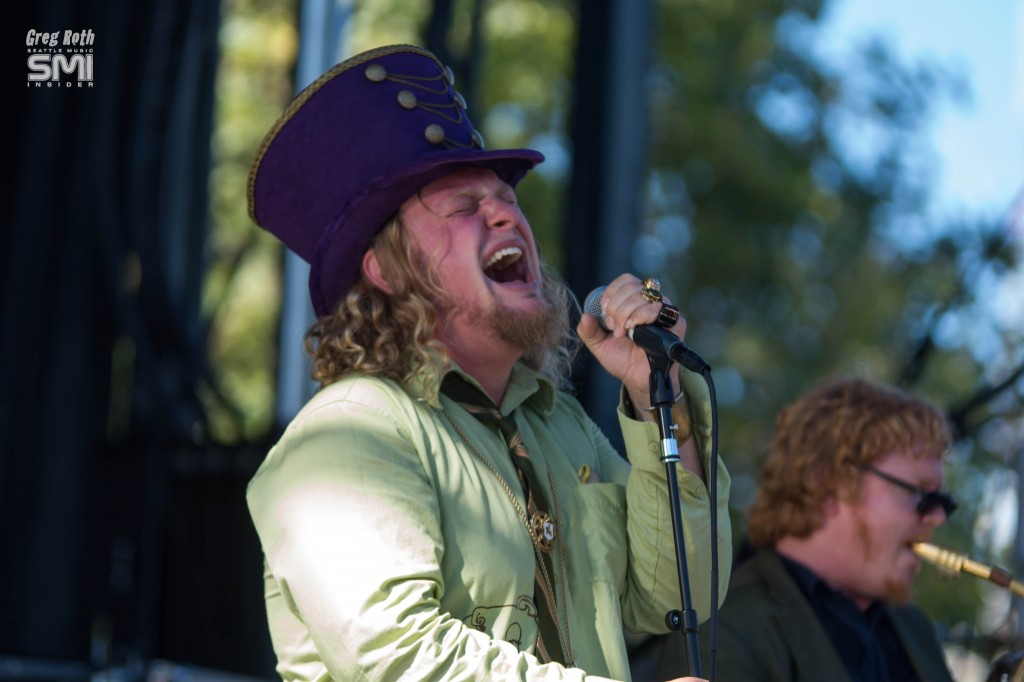 The stuffiness of the Exhibition Hall couldn’t keep the excited fans from packing into the building to watch the great Barcelona. This four-piece rock machine engaged the crowd through catchy guitar riffs, both acoustic and electric, and resonating bass lines that shook the Hall. The lighting on and off stage added a nice ambience, further relaxing mood and encouraging the audience to sway to the music. Barcelona’s fans were among the most supportive ones, applauding the group at every chance they got. 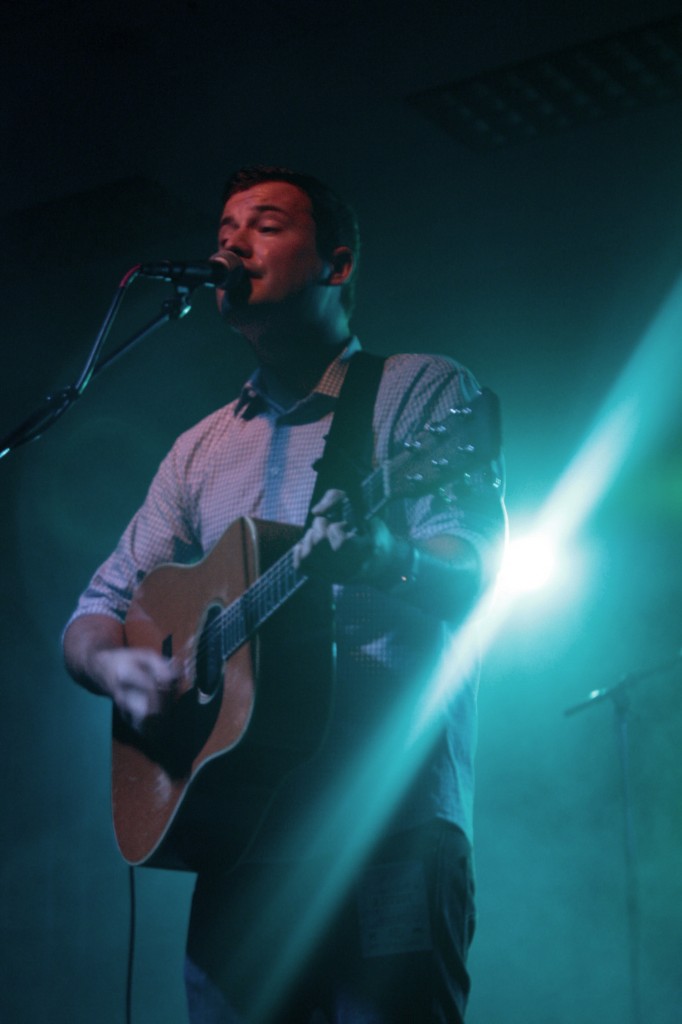 The biggest star of Sunday’s Bumbershoot was without a doubt Tony Bennett, who made time to chat with the audience, sharing stories and anecdotes about his life. At 86, Bennett is still able to blow away any listener with his timeless songs and unforgettable voice. The arena was so packed, the staff was forced to open up the upper balcony just to keep the crowds out of isles and halls. The Way You Look Tonight and Once Upon a Time received the strongest response from the audience, who whistled, screamed, and honored Bennett with a standing ovation. Coming back from a European tour, the iconic vocalist said he was excited to be performing at Bumbershoot and dubbed the audience his best in a long time. 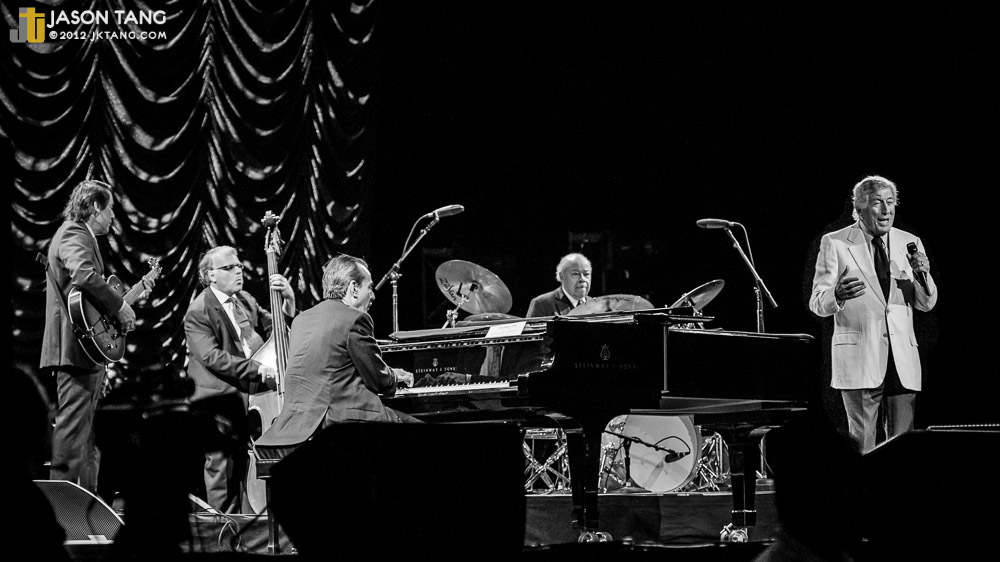 Seattle’s The Young Evils rocked the Promenade stage, collecting a large crowd in the long corridor between the Exhibition and McCaw halls. This pop rock group has been gaining recognition in the Northwest for the last few years, steadily growing their fan base and consistently playing shows in the area. As always, the band was having a great time on stage, making it easy for the audience to respond accordingly. 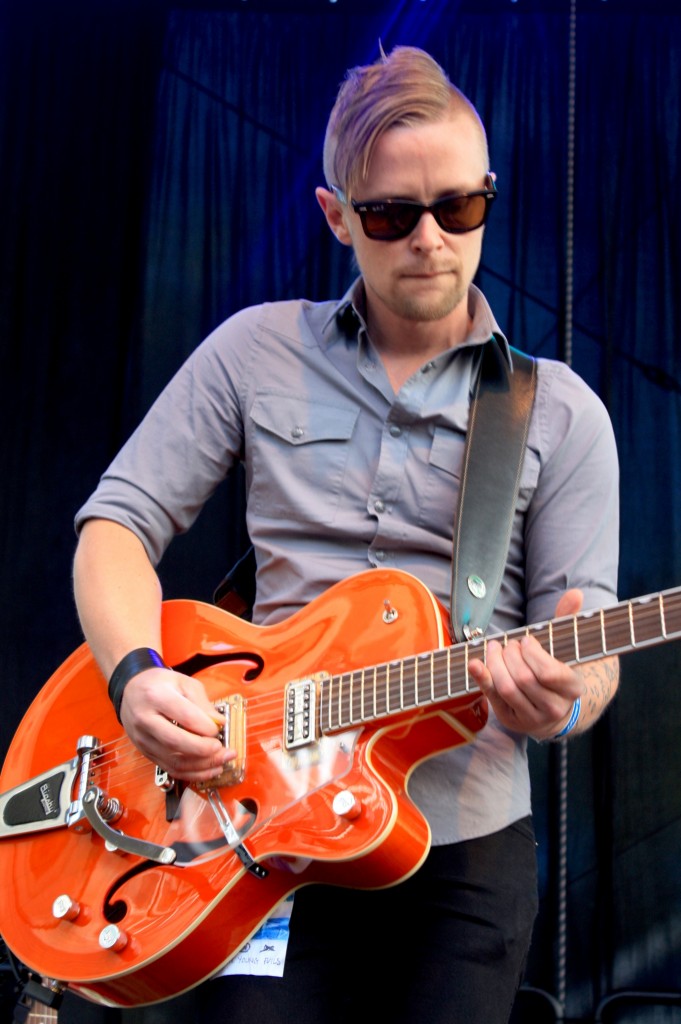 Cody Hurd of The Young Evils (Photo By Alina Shanin)

The Starbucks stage presented some of the best talent throughout the weekend. Katie Herzig was definitely one of the most memorable ones. Even though she was backed by a band, she played many of the instruments herself. Herzig’s vocals were probably her best quality, matching every instrument’s timbre and setting the mood for every song. Throughout the set, she switched between playing keys, ukulele, and guitar, adding something different to each song in the vast genre of folk-pop. 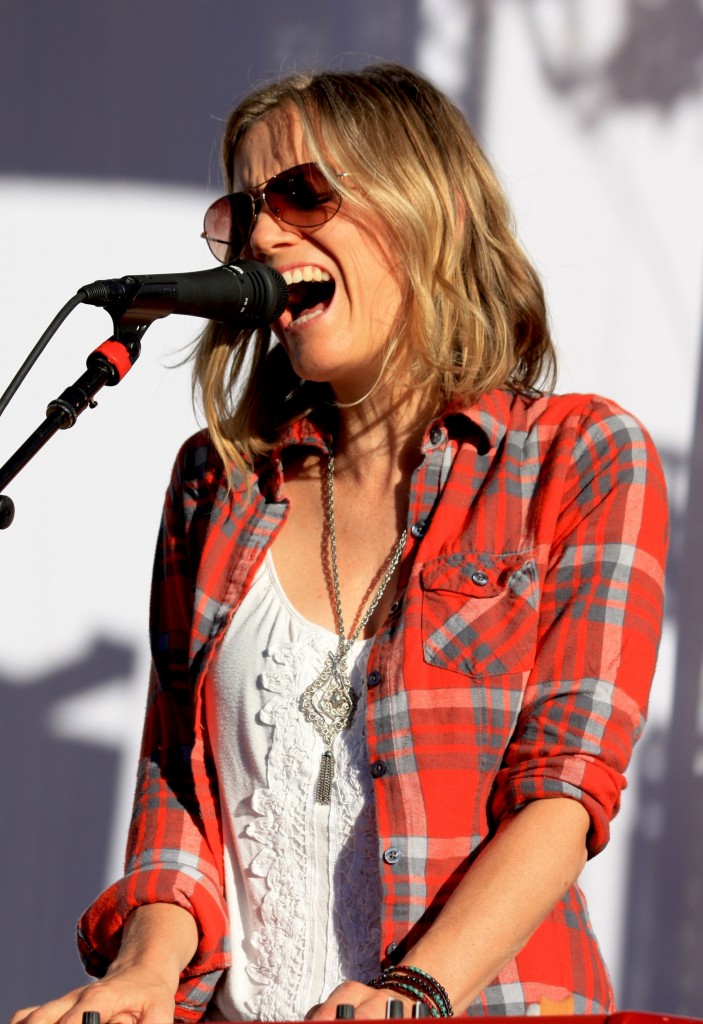 As Herzig was wrapping up her set, Mudhoney attracted the migrating crowd to the Sub Pop field for some organic rock ‘n’ roll. As the set progressed, more and more moved in closer to dance and jump around to the familiar tunes. The band kept the energy up through every song, spreading it to the biggest audience the Sub Pop stage saw all day. 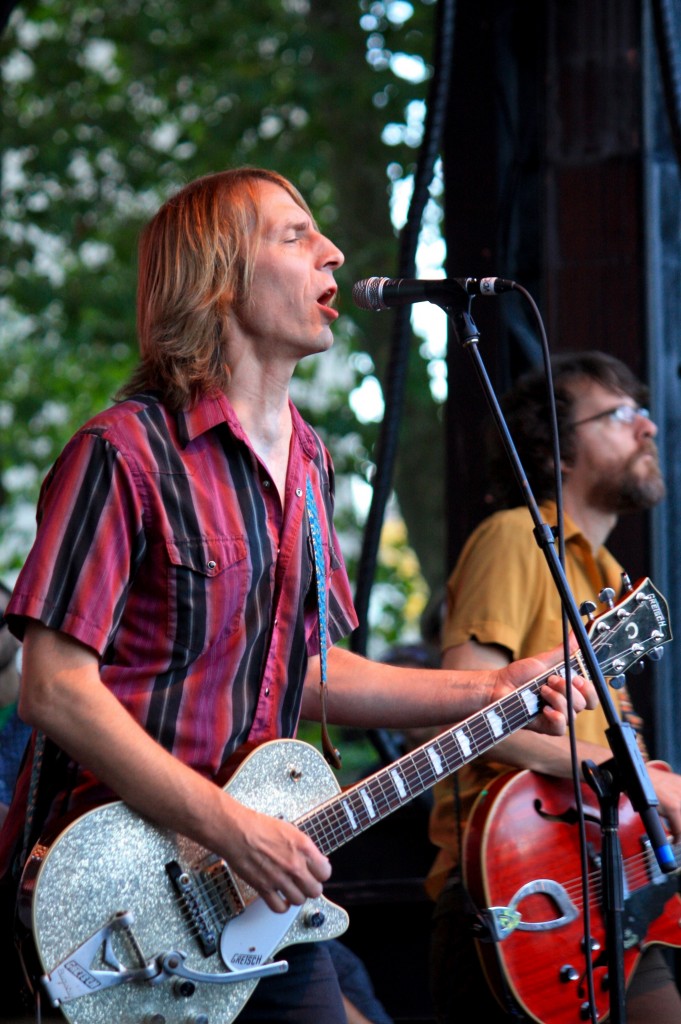 Lee Fields & The Expressions kept the funk going on the Fisher Green stage as the sun was setting and the air finally cooling off. This group had some of the best energy and soul seen all day, and was the only one to get the entire audience to dance to the funky tunes. Fields’ vocals were phenomenal in everything he sang, but especially in his rendition of Boney M.’s Sunny. 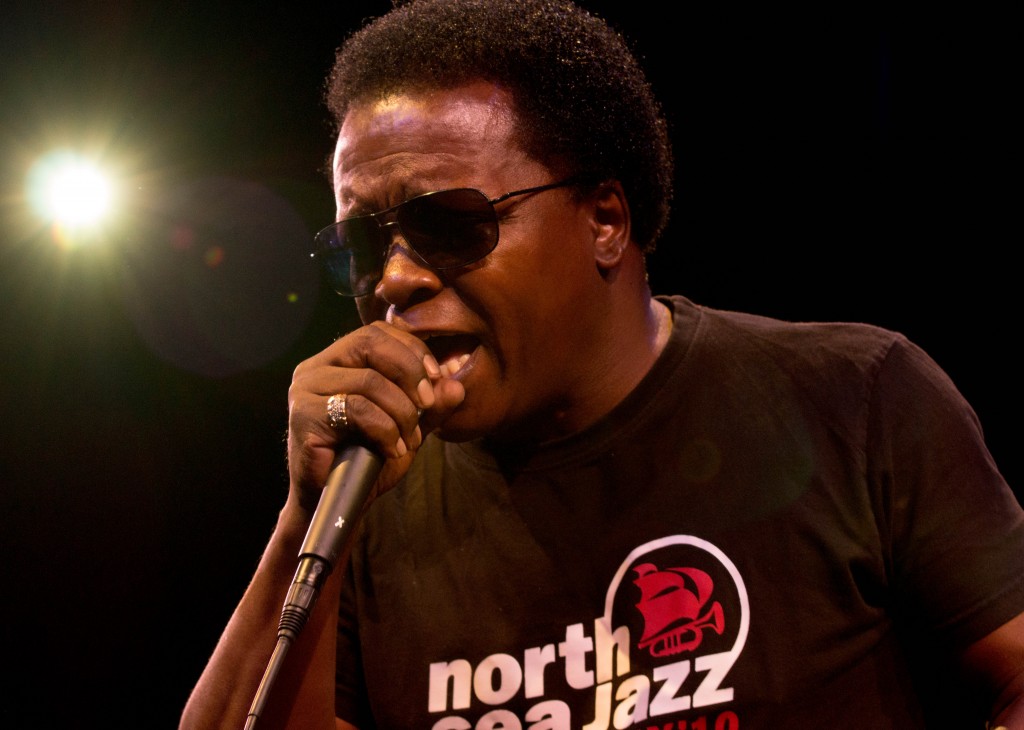 While the Fisher Stage was getting down with the funk, Deep Sea Diver held their own on the Promenade stage. Jessica Dobson’s vocals were perfect for the mellow rock the band played, letting the audience sway and sing along as they pleased. While Dobson is also the guitarist for The Shins, Deep Sea Diver has its own distinct sound and has been quickly recruiting many to its fan base. 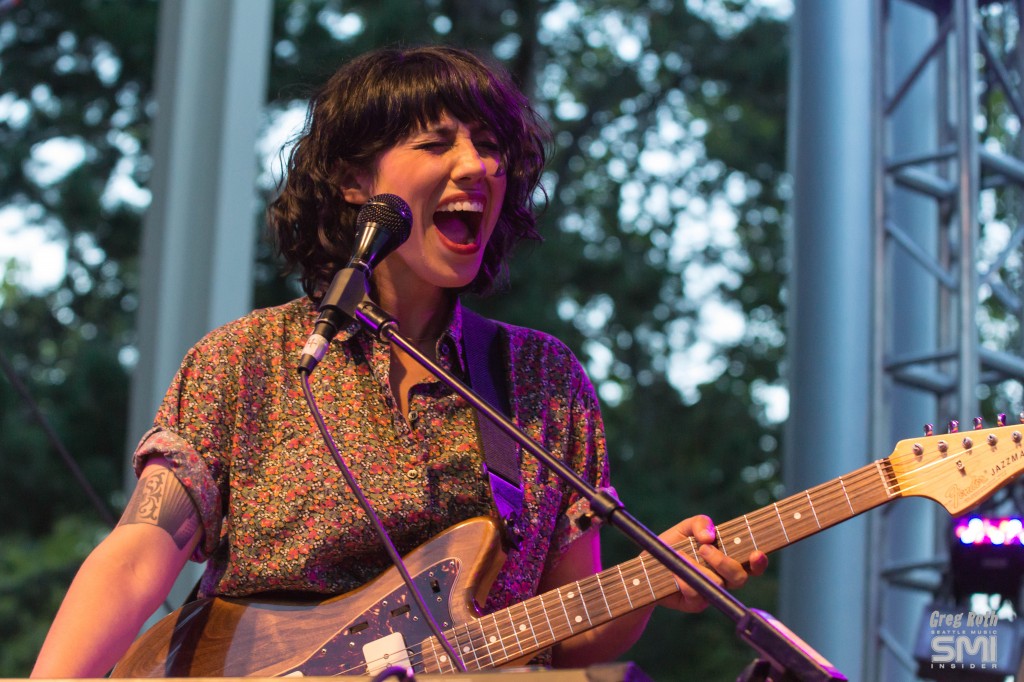 Blitzen Trapper‘s enticing melodies echoed from the Sub Pop stage, reaching those claiming spots on the neighboring field in anticipation for Keane. Eric Earley’s vocals and multiple instruments changes impressed most in attendance and the catchy songs easily convinced the listeners to pick up a copy of American Goldwing, Blitzen Trapper’s new album. This is a group that is impossible to hear just once. 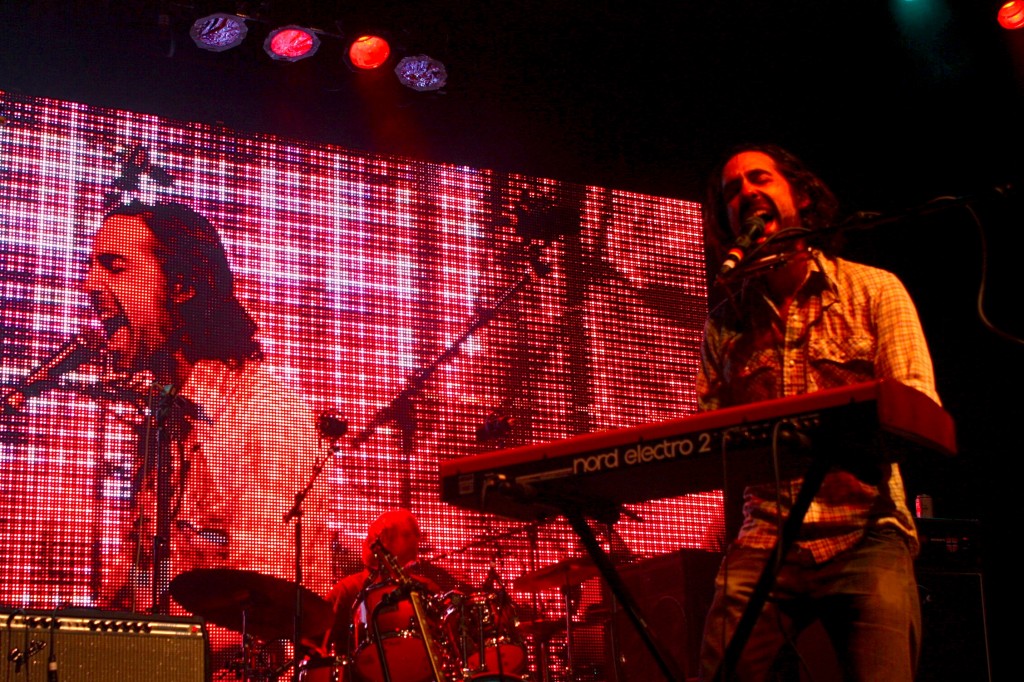 Wrapping up Sunday night on the Fisher Green stage was Keane, a U.K. group who needs no introduction. The beautiful melodies of the piano and mellow rhythms were perfect to finish the day to. Tom Chaplin interacted with the audience throughout the set, making everyone feel welcomed and excited to be there. Playing for about an hour, Keane got a chance to play some of their classic songs as well as share some new ones with long-time fans. 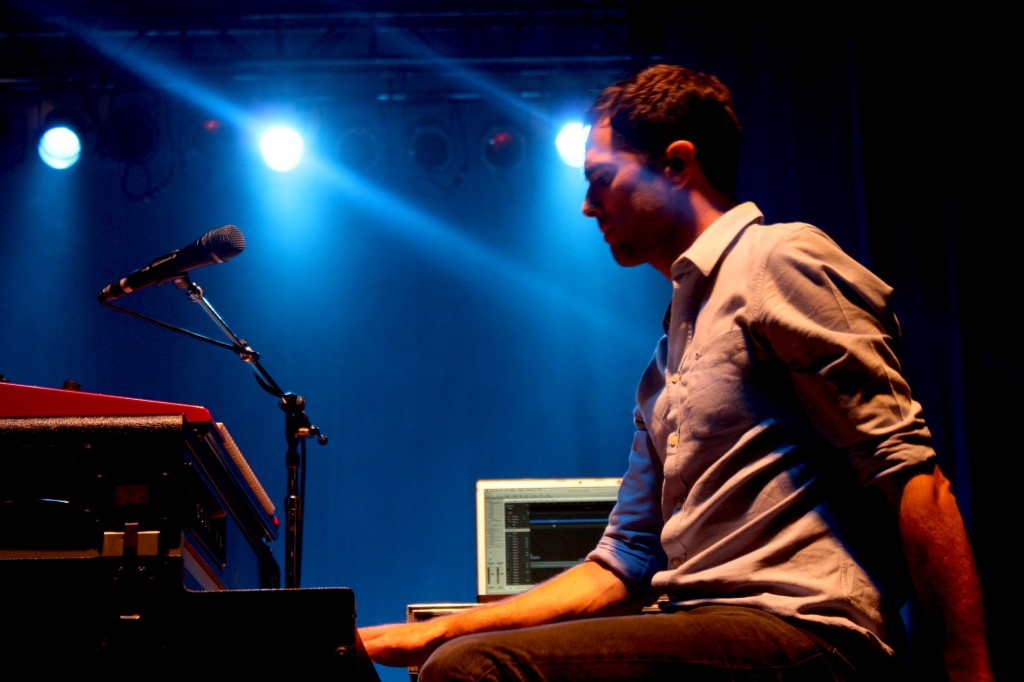 Overall, Sunday was a great success for Bumbershoot 2012, with everything running smoothly and every show starting on time. The array of music, and arts in general, ensured that everyone found something to enjoy.

Not only is he a multi-media journalist, he is also an accomplished musician. He is the founder of SMI and drives the creative look, feel and branding for the publication. His years of writing, arranging, and performing live music in a variety of genres inform his ability to communicate the message and the mechanics of music. Roth’s work on SMI reflects his philosophy that music is the universal language, and builds community. He believes it has the power to unite people of every race, religion, gender, and persuasion.
Related ItemsAlina ShaninBarcelonaBumbershootDeep Sea DiverKatie HerzigLee Fields and The ExpressionsMudhoneySeattle Music HappeningsThe Young EvilsTony Bennett
← Previous Story Bumbershoot 2012: quirky and fun on day one
Next Story → Q&A: Bela Fleck continues to seek out musical adventures