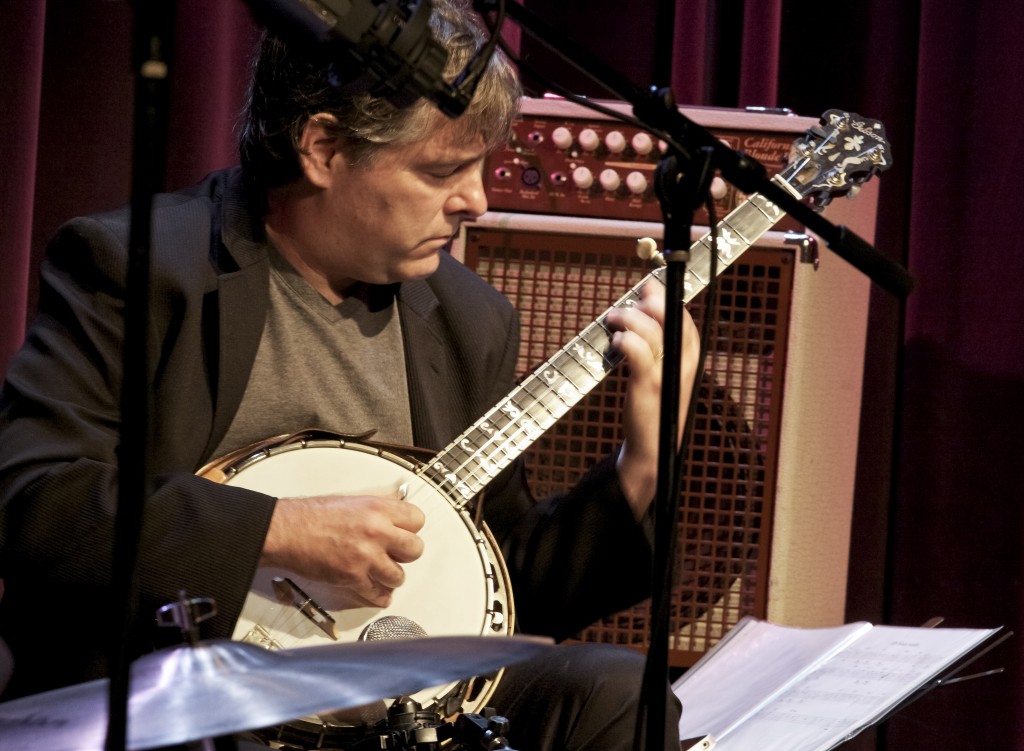 Whether going out to see a concert, check out an eclectic film, or experience a new restaurant, it’s always a wonderful feeling to find something that delivers beyond the promise of an established reputation. Béla Fleck and Marcus Roberts happen to be names that, by default, suggest an exciting crossover, conjuring curiosity from both bluegrass enthusiasts and jazz purists alike.  But regardless of what audiences may have signed up for at Dimitriou’s Jazz Alley this past weekend, the house was charged with the spirit and celebration of live music at its finest.  This preliminary effort brought together two highly distinctive worlds, priding itself on a surprisingly palpable compatibility, and resulted in a bottomless fountain of ideas that flowed quickly between the two artists, meticulously packaged and delivered in a manner brimming with levity.

The opening notes appeared like the opening credits to a prototypical Coen brothers movie set in the south, introducing a cast of characters that represented the spirit of swing, newgrass, rock, and funk – all of which were infused with a sense of humor and changed up time signatures like card tricks at a magic show.  Aside from the feast of virtuosity, the ensemble surrounded itself with an omnipresence of pure elegance, with the kind of aesthetic so easy on the ears that even the loudest moments resounding from all four musicians favored a deeper shade of color over prescribed intensity.  The dynamics were perfectly suited to each tune’s recipe, allowing the acoustic value of each instrument to fully blossom.

While fluent in virtually every dialect of bebop, gospel, and the blues, Roberts’ piano remains rooted in the tradition of pioneers, such as Fats Waller and Jelly Roll Morton.  Much of his strength and personality emanates from a unique command of ragtime and stride techniques. However, his rare physical connection with the instrument itself results in a brilliance of singing tone that rings out with each melody.  In the ballad One Blue Truth, composers like Mendelssohn and Rachmaninoff came to mind, as the character of the piano continually transformed through motifs that used imagery – phrases that rose and fell softly, stretching and pulling against time at every interval, and came endowed with a spellbinding effect that seemed to suspend gravity.  This piece evolved substantially from its conception, as was the case with the majority of material presented from the group’s debut album, Across the Imaginary Divide (Rounder).

It goes without saying that whatever Béla sets his mind to, his unwavering discipline and joy for experimentation chronicles a quest for excellence, and casts an afterglow around each new musical horizon.  As many miles that can be traveled, and with as many changes in music that have occurred, the integrity of his art and ongoing research of the banjo remain well intact.  It was a special treat to experience the instrument in a strictly acoustic setting, as from the first bar its sound became seamlessly integrated amongst the traditional piano trio format.  Kalimba, a song that begins with a lovely concerto-style entrance by Béla, unfolds with melodies doubled by piano and details a theme which principally supports new directions in music, defying any form of genre classification.  What personifies the musical friendship between these two is a shared sophistication in harmony and rhythm, where archetypal roles can be interchangeable, and further theorized and hypothesized right on the spot.  This meeting of the minds actually embodies a classical principle, in which the inspiration that springs from each compositional seed dictates how sound might be interpreted through the instrumentation provided, and finds homogeneity with orchestration techniques found in 20th century classical music.

The versatile rhythm section of Rodney Jordan and Jason Marsalis dished up enough swing for two big bands, and it can be said again that the vigilance in dynamics employed by this ensemble effusively showcased the entire sonic range for both the bass and drums.  The tone coming from the bass was represented richly and completely, as was the case with each component of the drum kit.  In fact, at times the gig was very much like listening to an immaculately produced recording session.  This can be explained by a chemistry that brings tremendous empathy and deference to the arrangements at their source – a passport to the searing momentum underscored by the input shared equally between all men.  Rodney’s classical background throughout high school, universities, and as an instructor parallels his impressive resumé with some of jazz’s finest, including Milt Jackson, George Coleman, Marcus Pintup, and Mulgrew Miller.  To quote Marcus:  “I love listening to Rodney Jordan play the bass.  He comes to swing every night.  He is a virtuosic musician with a lot of soul in his playing and every time I hear him, he seems to get better.”

It would be logical to conclude that Jason inherited his impeccable skills from the Marsalis family, though like his siblings, he has managed to develop an individual style that weighs in heavily on the polyrhythmic approach taken by such drummers as Ed Blackwell and Alan Dawson. Similar to Rodney, he brings a classical sensibility to the craft, and additionally, a surprising depth of Latin and Brazilian techniques that on his kit emulates a full spectrum of colors, sonically achieving what would be more commonly exhibited by a group of percussionists.  Béla is widely known for a highly attuned rhythmic sense, and it was thrilling to find that many of the metric modulations distributed within his phrases were either echoed by Jason, or completely locked into high hat figures as typified by a stream of dizzying arpeggios and dancing triplets, climbing what seemed to be an endless flight around a spiraling harmonic staircase.

The final song in the set played out like an anthem, a tour de force that Béla introduced as a vehicle with the ability to go just about any place except opera or the polka!  This would be the title track off the album Across the Imaginary Divide, and puts both the seal and stamp on a report of the band’s progress to date.  Contrary rhythms and melodies dart in and out of silence as a play on words, with sentence fragments appearing and then finding themselves allocated within the band as a means for servicing each musical statement exquisitely.  Flying through a rainbow of genres, we’re transported from bebop to salsa, with themes that illustrate the wonderful sense of occasion surrounding the meeting of two significant forces in contemporary music.

When envisioning what will hopefully be their next project, it isn’t too bold to suggest that Béla Fleck and Marcus Roberts will graduate from charting a course in music to ultimately dropping anchor, declaring on the map a destination for what could be the next installment of a future genre – a proposal that in music captures the spirit of discovery and appends to a grand tapestry woven by the many great innovators who define the sound of America. 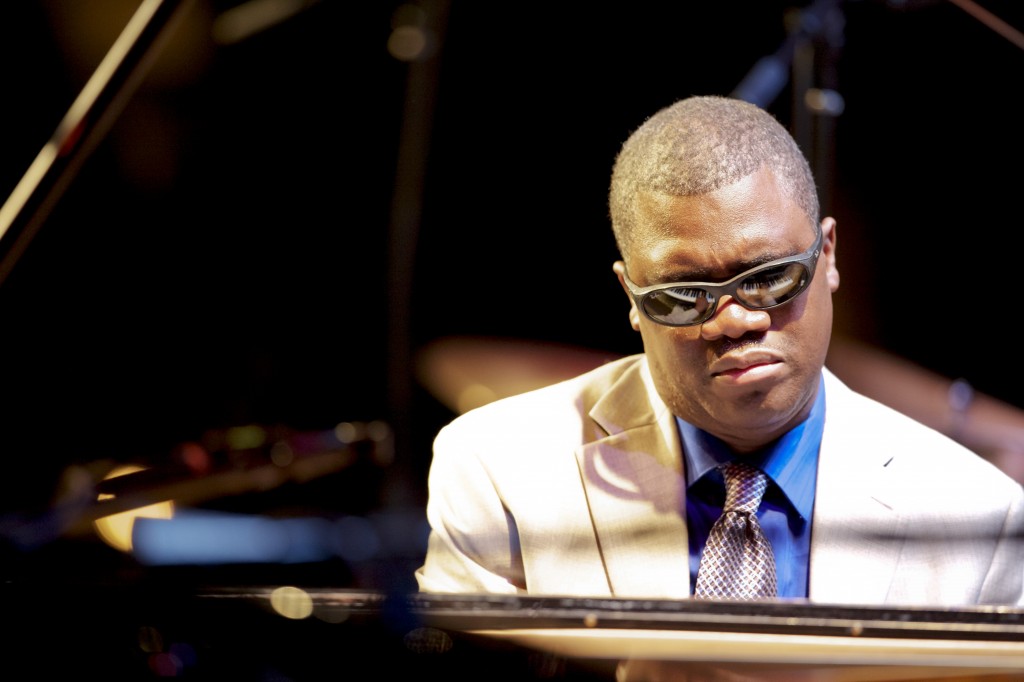 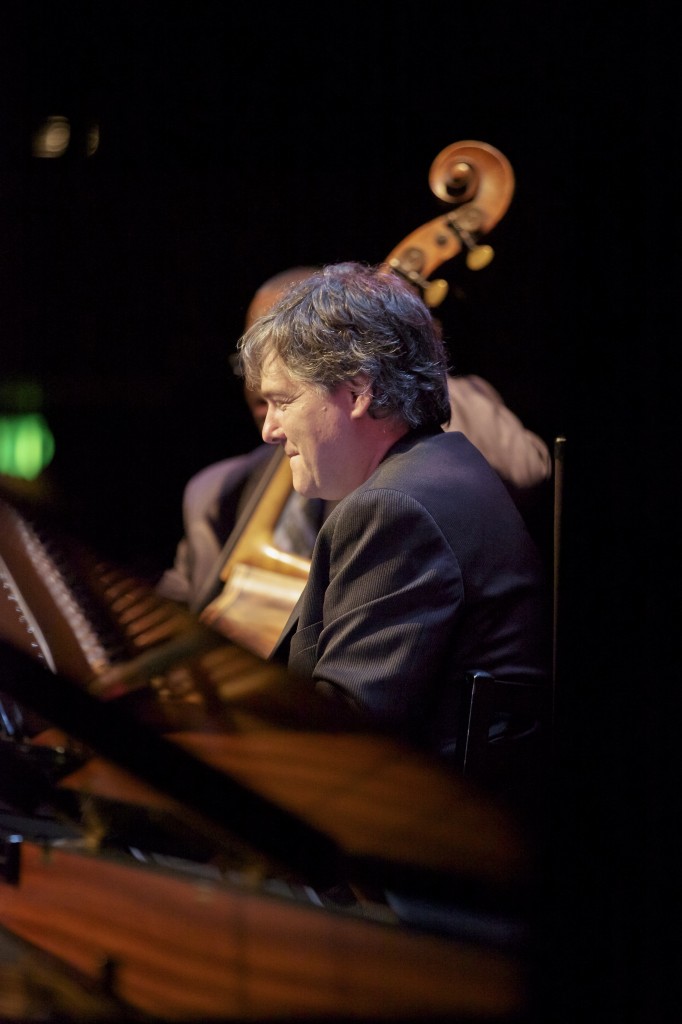 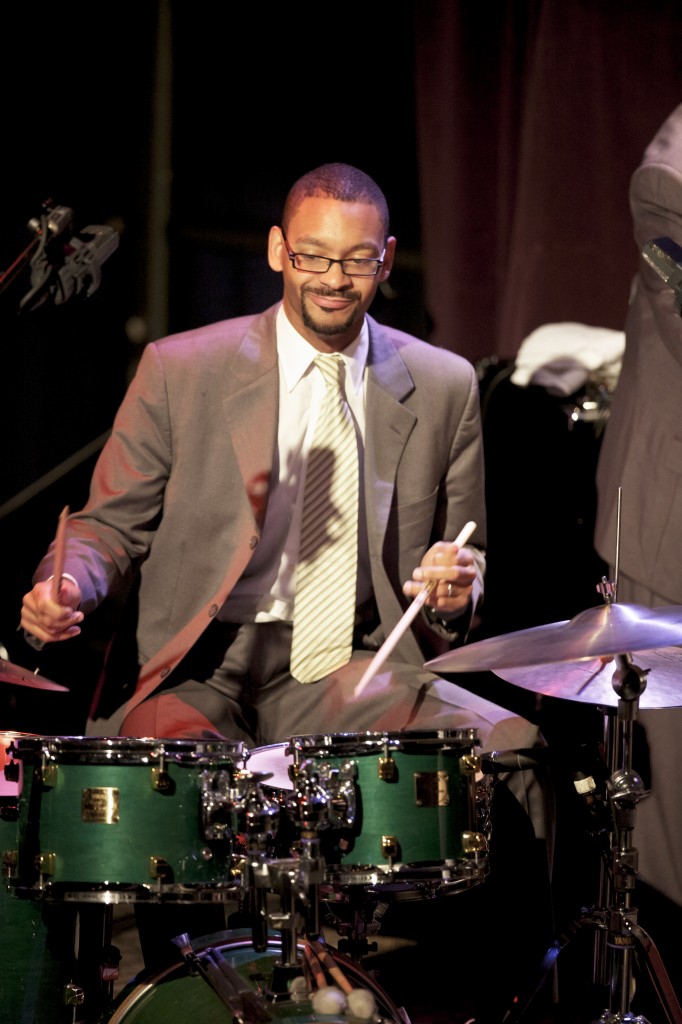 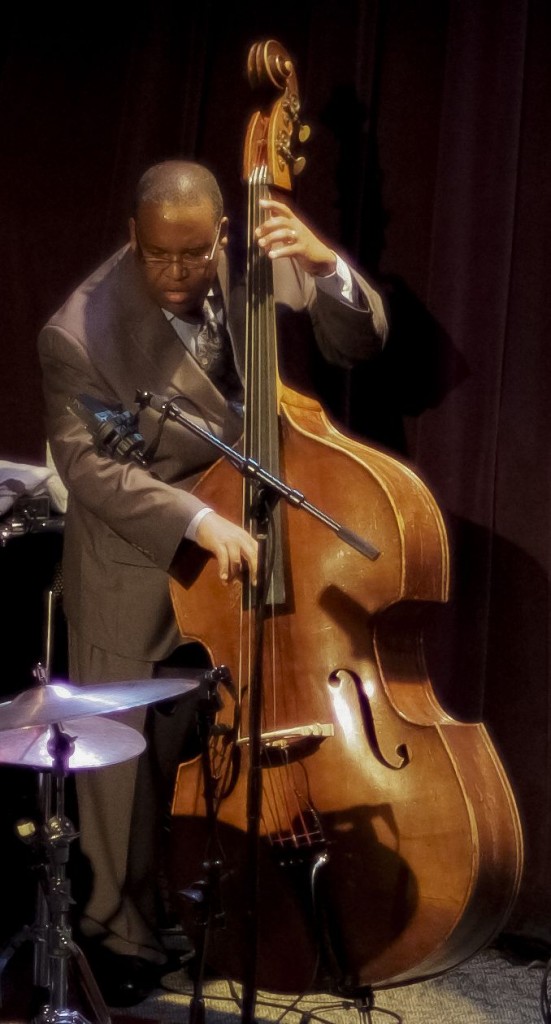 Not only is he a multi-media journalist, he is also an accomplished musician. He is the founder of SMI and drives the creative look, feel and branding for the publication. His years of writing, arranging, and performing live music in a variety of genres inform his ability to communicate the message and the mechanics of music. Roth’s work on SMI reflects his philosophy that music is the universal language, and builds community. He believes it has the power to unite people of every race, religion, gender, and persuasion.
Related ItemsBela FleckDimitrious Jazz AlleyJonathan SindelmanMarcus Roberts TrioSeattle Live MusicSeattle Music Happenings
← Previous Story Anthrax return to Northwest to play Showbox on 9/19
Next Story → SMI Artist Spotlight: Q&A: Pat Metheny and his new musical unity