Quick Q&A with Serj Tankian re. new tour and record 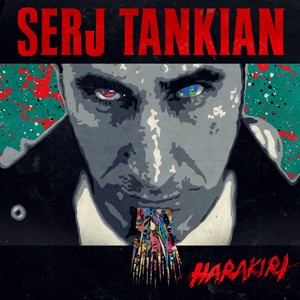 Serj Tankian is back with a vengeance and is embarking on a two-month World Tour to promote his newest record Harakiri. He’ll be stopping by the Showbox at the Market tomorrow night at 8 p.m. to share his creations and new ideas with his loyal fans. For years this influential advocate and talented songwriter/poet has been exploring different angles in the vast field of music. From the unforgettable, heavy System of a Down metal to his symphony and solo works, Tankian has mastered every aspect of the many genres.

Tankian incorporates serious issues of politics, environment, social commentary and even death (sometimes with a humorous twist) into everything he does, and Harakiri is no different. The Japanese term loosely translates into “ritualistic sacrifice,” which according to Tankian, somewhat encompasses the feel of the album, but does not confine it to the theme. In Harakiri, Tankian explores his punk-meets-electronic side with the always perfect melodies, intense messages and heavy rock elements.

To further promote the long-awaited tour and excite Seattleites, Tankian took a few minutes out of his busy schedule to answer a few questions via email and share his humorous side.

SMI: What are you looking forward to the most on this tour?

Tankian: “Playing the new songs from the Harakiri record live.”

SMI: Any particular place you can’t wait to visit (U.S. or Europe)?

Tankian: “Linz, Austria, to perform Orca, my first symphony live and record it with the Bruckner Orkester.”

SMI: You’ve been writing and performing for many years now, where do you keep finding the inspiration for your influential music?

Tankian: “The muse is everywhere when we’re searching for it.”

SMI: What do you hope to accomplish with your music and record label?

Tankian: “Nirvana…sorry this is for Seattle.” (smiling)

SMI:  Do you have any rituals you do before taking the stage?

SMI: Do you have any other projects lined up for the future or do you like to figured it out as you go?

What influenced your new album Harakiri?

“The first song I wrote for the record was the title track Harakiri, which refers to the ominous events of early 2011 when close to a million species of bird and fish died, without much satisfactory scientific explanation. The omen was not lost on me.  Varied creatures on earth were committing massive hara-kiri or were being given a sign to leave this place. Why would these intuitive beings closely knit in the fabric of nature leave? What does that mean for us in terms of environmental degradation, events to come, etc?”

How does it feel to be an idol and an inspiration to so many musicians, and people in general?

What would you say to your fans who have supported and followed your music since the beginning?

“Fanks a Millian (with a northern English cockney accent).”

With tickets starting at just $25, Tankian’s fans have no excuse to skip the show. Check out the Showbox website for tickets and more information.

Not only is he a multi-media journalist, he is also an accomplished musician. He is the founder of SMI and drives the creative look, feel and branding for the publication. His years of writing, arranging, and performing live music in a variety of genres inform his ability to communicate the message and the mechanics of music. Roth’s work on SMI reflects his philosophy that music is the universal language, and builds community. He believes it has the power to unite people of every race, religion, gender, and persuasion.
Related ItemsAlina ShaninSeattle Music HappeningsSerj TankianSystem of a DownThe Showbox at The Market
← Previous Story SMI Radio Ep. 66 On Demand: Cody Beebe and Blake Noble
Next Story → Fabulous Females Represent at the Hard Rock