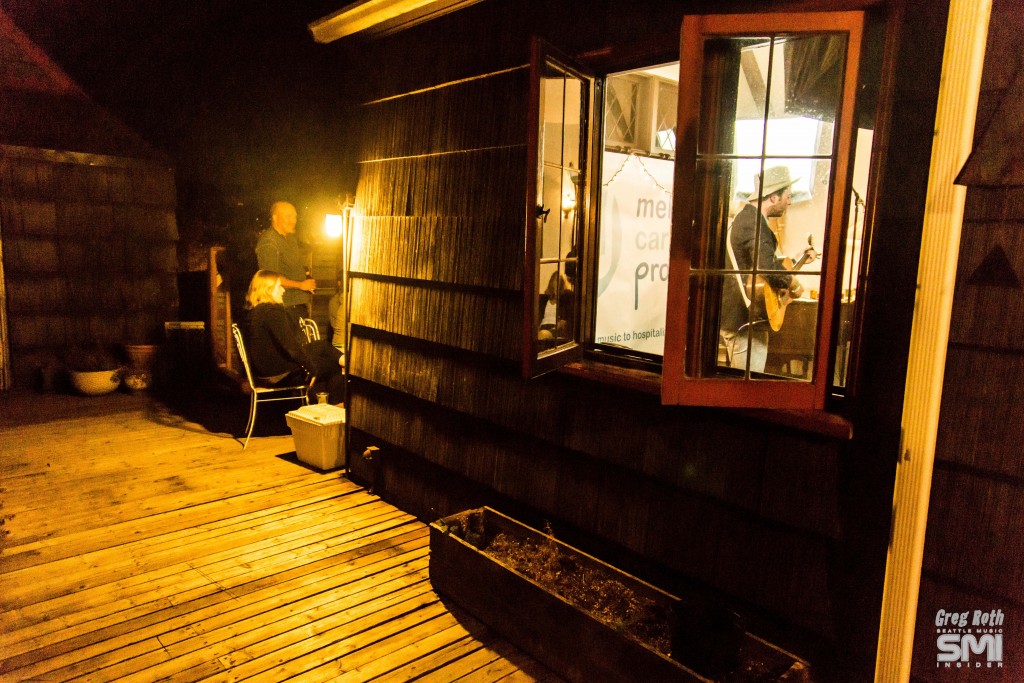 Summer is now behind us but the music and Seattle Living Room Shows in particular, are helping us usher in the fall season. Last Saturday, in a lovely but secret location, on a warm and beautiful September evening, a gaggle of music lovers gathered once again to share their common passion. SLS delivered  a wonderful night of delicious music from some world-class artists. (See Photo Slideshow below)

The show was streamed to a global audience, but their were two special VIP’s watching from hospital beds Jenna and Angela were able to watch some brilliant performances because of the efforts of Levi & Stephanie Ware and  Melodic Caring Project.

First up was singer/songwriter, Pepper Proud. The West Virginia native kicked off the evening with her brand of ethereal folk and acoustic musical styling. Proud’s understated, yet dynamic vocal delivery reached right into the heart. Her voice and haunting melodies commanded attention and admiration. The room was so still you could’ve heard a feather drop. Proud was later joined in her set by trumpeter Michel Navedo, who injected some New Orleans style jazz into the mix.

Fresh off a performance with one of her musical heroes Brandi Carlile, Kate Lynne Logan stepped up front center and treated fans to numbers like the toe-tapping River and the Rain. Logan is a young artist with an old soul. Her angelic voice and Americana sound is infectious. Logan will be opening for Rusted Root on Saturday, October 20th at Tractor.

Third on the bill was Sam Watts from Ghosts I’ve Met. Watts put on a passionate performance, painting visual images using his voice and guitar as his brushes. The Seattle Living Room Show provided a wide open canvas for Watts to express his art. He is a consummate visual story teller in the spirit of Woody and Arlo Guthrie. Watt along with his band, Ghosts, I’ve Met recently performed at Bumbershoot 2012.

Added to the bill was Andrew Vait. Vait, who currently fronts Eternal Fair has solid chops and powerful vocal delivery. One of the highlights of Vait’s performance was a spirited and stripped down performance of Billy Keep Your Head Up. (The video which features a live performance of the song which was released last week and shot by photo and video artist Jason Tang.) Eternal Fair celebrated the release of their brand new record this past Friday, September 21st at The Barboza in Capitol Hill.

The evening was capped off with all artists joined by Levi Ware to perform what as become the unofficial Melodic Caring theme song – a rousing version of the Ware penned number, Hey Hey for the two special internet viewing audience members, Jenna and Angela. (The Wares are hoping to record a studio version of the song, with proceeds going to Melodic Caring Project.) It was another magical evening with four great artists on one bill playing in an intimate environment.

For those of you that missed the performance, you can stream some of the highlights via UStream and Melodic Caring Project. 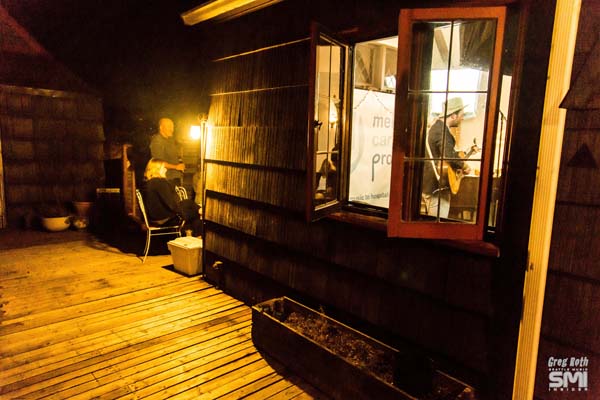 Not only is he a multi-media journalist, he is also an accomplished musician. He is the founder of SMI and drives the creative look, feel and branding for the publication. His years of writing, arranging, and performing live music in a variety of genres inform his ability to communicate the message and the mechanics of music. Roth’s work on SMI reflects his philosophy that music is the universal language, and builds community. He believes it has the power to unite people of every race, religion, gender, and persuasion.
Related ItemsAndrew VaitCarrie WattEternal FairGhosts I've MetKate Lynne LoganKristen WattLevi WareMelodic Caring ProjectMichael NevedoPepper ProudSam WattsSeattle Living Room ShowsSeattle Music HappeningsStephanie Ware
← Previous Story Fabulous Females Represent at the Hard Rock
Next Story → Looking back on Louie’s DreamFest 2012 (Photo Slideshow)