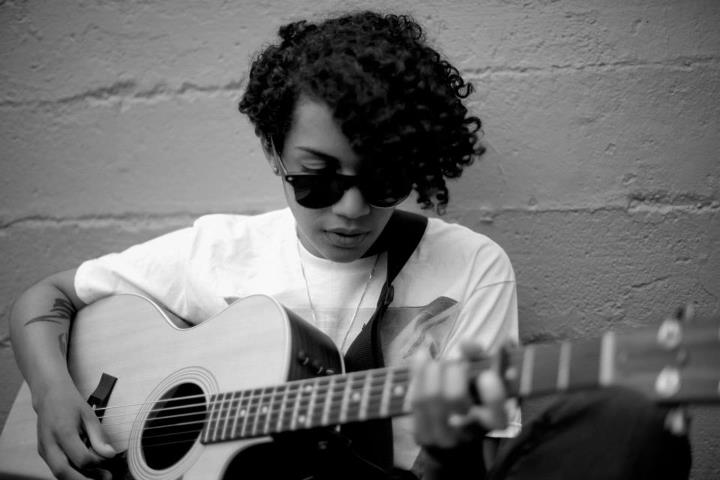 For some people, music is a stress-relieving hobby. For others, it’s their life – and no obstacle is too great to keep them from succeeding.

Seattle’s Whitney Monge (pronounced mon-jay), 25, is one of the latter. As an artist, she has experienced every aspect of the industry. Her strong and beautiful voice resonates with many, including numerous tourists who walk through Pike Place Market, pausing to pick up her CD.

Her first self-recorded EP, Heartbeat, is a perfect combination of smooth guitar melodies, driving vocals, and moving lyrics. The thought-provoking messages and relatable experiences featured on Heartbeat have been stealing the hearts of many listeners. This is a CD that can’t be played just once.

With 11 years of experience under her belt and some quality world traveling, Monge is rising to the top quicker than most Seattle artists. She’s landed herself a contract with the Hard Rock Cafe, where she performs twice a month, drawing in fans and establishing a great reputation as a young star.

Most of Monge’s inspiration comes from different people she meets daily and personal revelations. “I try to convey a sense of freedom and triumph in my music,” she said. “In turn, it keeps me playing in any venue, whether the streets or on the stage, because I believe I have found true freedom in doing what I love.”

Following her passion has attracted producers like Pete Stewart of Fourth Wall Music Production Company, to help Monge in her journey and record her second five-song EP, Steadfast. Whether she’s backed by a band or flying solo, Monge’s vocals are always the main attraction and impossible to ignore. The ability to convey emotion and immense vocal control she exudes while in front of an audience is memorable – and always impressive. According to Monge, she’s had a lifetime of practice. “I came out of the womb singing,” she said.

Monge is one of few up and coming artists in Seattle who sustains herself completely through music. Busking at Pike Place, rain or shine, is no easy task, but it’s one Monge conquers day after day. As it turns out, Seattle is just one of the places she’s left her mark. Success in San Francisco and London both showed Monge she’s got what it takes, and is “not just a commodity in the Market,” she said.

Other places Monge likes to perform include the Tractor Tavern, because of their great sound system, and the Tree House Cafe, (Bainbridge) where she’s experienced her best audience yet. While she plays for the love of it, Monge has big dreams like anyone else. Her ultimate stage would be the Paramount Theatre, she said, adding that “it’s a sign of ‘you’ve made it’… All the greats play there.”

As for the future, Monge is working on an LP and music video to release next year. For updates, upcoming shows, and to download Monge’s current EPs, visit whitneymonge.com or facebook.com/whitneymonge

Not only is he a multi-media journalist, he is also an accomplished musician. He is the founder of SMI and drives the creative look, feel and branding for the publication. His years of writing, arranging, and performing live music in a variety of genres inform his ability to communicate the message and the mechanics of music. Roth’s work on SMI reflects his philosophy that music is the universal language, and builds community. He believes it has the power to unite people of every race, religion, gender, and persuasion.
Related ItemsAlina ShaninFourth Wall Music Production CompanySeattle MusicSeattle Music HappeningsWhitney Monge
← Previous Story Live Review: Garbage brings sonic assault to Showbox SODO
Next Story → Seattle radio legends stage summit at Jet City Stream (Photo Slideshow)