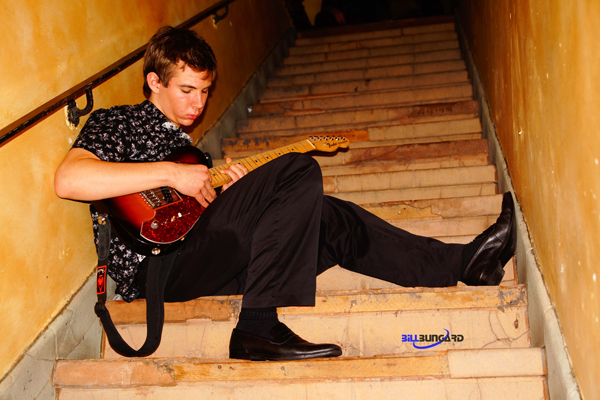 The sweetest things in life come from putting yourself out there, recognizing unexpected opportunities, and being brave enough to reach for them – a lesson learned early by Tacoma’s Nolan Garrett.

Last year, then 14-year-old Garrett and his mom went to LA for the Grammy awards. Sitting poolside at the  Hollywood Sunset Marquis hotel with Jeff Kossack from Other Hand Recording Studios and Cyndi Lauper, the three struck up a conversation about – you guessed it – music.

Like many young guitarists, Tacoma’s Nolan Garrett  was inspired by likes of  Jimi Hendrix, Jimmy Page and Stevie Ray Vaughn, as well as contemporary artists John Mayer and The Black Keys. Not only a talented guitarist, Garrett is is also an ambitious songwriter who combines elements of Texas blues, rock, and pop into his music.

Kossack must have checked out Garrett’s music, because soon after their initial meeting, Garrett was invited to fly back to down to LA to work on Kossack’s new record at Other Hand. While he was there, Garrett also met a representative from Robot Film Company, who coordinated a showcase for him.

The show was at West Hollywood’s Room 5, which just happens to be the former site of the famous Swanee Inn, where in 1937,  budding jazz musician Nathaniel Cole (Nat King Cole) would play one of his first gigs.  Chris Robinson, head of Robot Film, was there. 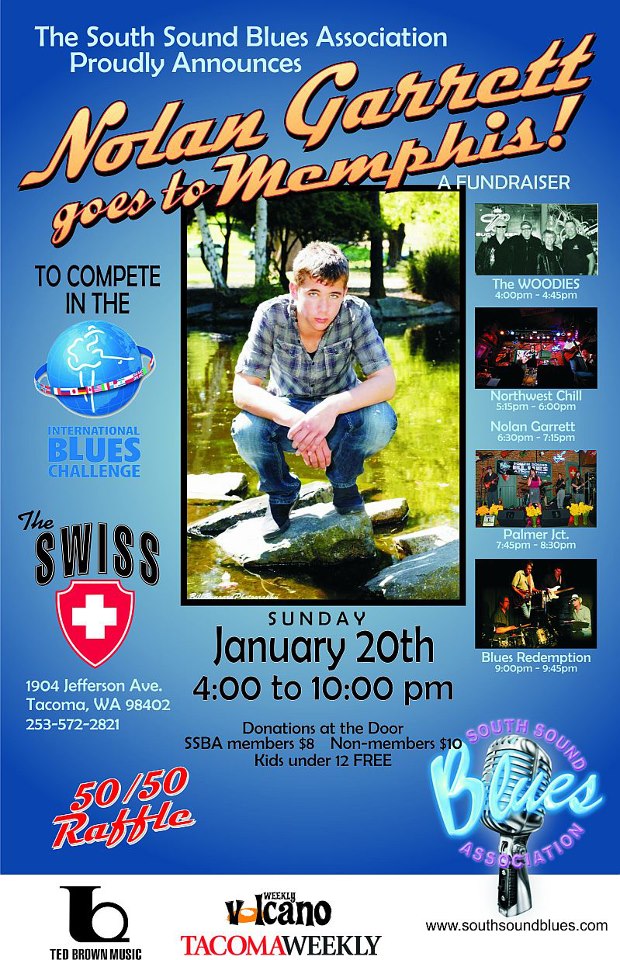 Garrett, in his typical style, stepped up to the challenge of playing the legendary room and captivated the intimate crowd right off the top of the set with his skill and intensity – and in the process, broke a string on the first number. (Check out some of the photos from his performance below…)

On January 28th, the story continues, as the guitar prodigy represents the South Sound Blues Association in Memphis, Tennessee at the International Blues Challenge in the solo category.  We wish him the best of luck – although we doubt he’ll need it!

You can support Nolan Garrett in his effort to go to Memphis by attending his show at The Swiss in Tacoma on January 20th. For information go here. 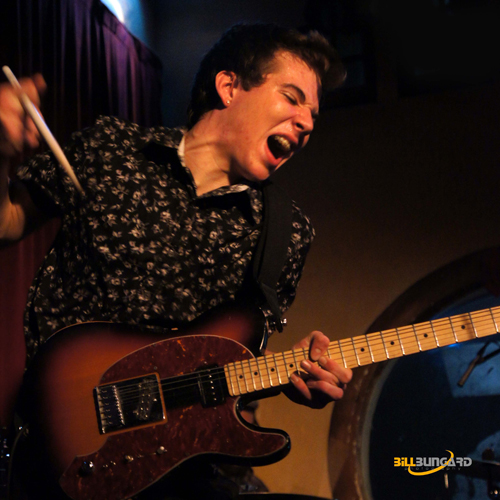 Not only is he a multi-media journalist, he is also an accomplished musician. He is the founder of SMI and drives the creative look, feel and branding for the publication. His years of writing, arranging, and performing live music in a variety of genres inform his ability to communicate the message and the mechanics of music. Roth’s work on SMI reflects his philosophy that music is the universal language, and builds community. He believes it has the power to unite people of every race, religion, gender, and persuasion.
Related ItemsBill BungardCyndi LauperInternational Blues ChallengeJeff KossackNolan GarrettOther Hand Recording StudiosRobot Film CompanySeattle Music HappeningsSouth Sound Blues Association
← Previous Story SMI Artist Spotlight: Jessica Lynne (Photo Slideshow)
Next Story → SMI Artist Spotlight: The Stone Foxes (Interview w/ Spencer Kohler)